Should we prioritise Christian Refugees? A question that won’t go away

There was a notable absence of suggestions that Christians should be prioritised in selecting Syrian refugees to come to Australia in the official church responses to the Federal Government decision to admit 12,000 refugees from “persecuted minorities”. But a comment by Social Services Minister Scott Morrison may re-open that debate.

Prime Minister Abbott was also quoted “We’re resettling persecuted minorities – people who cannot realistically ever hope to return,” he said. “Some will be Muslim, some will be Christian, but the point is: these are people who have been displaced by war and because of the changes engulfing the Middle East, it’s unlikely that they will ever, ever be able to go back.”

Prior to the PM’s announcement some leading Catholics had also called for Christians to be prioritised, notably Sydney’s Catholic Archbishop Anthony Fisher. “There are concerted campaigns to drive Christians from the Middle East,’’ he told The Australian. “Other groups are also suffering badly and being persecuted but many Syrian Christians have relatives and a cultural affinity in Australia and we should be honouring those ties and connections.’’ The Catholic Church has particularly close ties with many refugees, many of whom are Melkite or Chaldean Catholics. The Orthodox churches have even larger numbers. 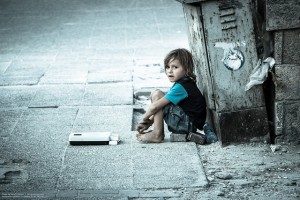 A pure needs-based assessment may indeed put many Christians towards the top of the queue, as the Australian Christian Lobby’s Lyle Shelton told the ABC’s  7.30 program. Christians along with Yazidis and Mandeans (who follow John the Baptist) are among the people least likely to be able to return to their homes, and are those who have suffered disproportionately. But the question of prioritising Christians simply because they are Christians in Australia’s refugee intake is one many Australian Christians do not wish to support, including Jarrod McKenna, a refugee activist and National Director of Common Grace (a Christian justice movement), who has written this strong personal response:

Should we prioritise Christian Refugees?

As a Christian, it’s the wrong question. My question is “When will Australia be more Christian in prioritising compassion for all refugees?” We can talk of prioritising the most vulnerable AFTER WE HAVE PRIORITISED WELCOMING REFUGEES.

Germany will receive 800,000 people needing safety this year. That is 1 percent of their population. In tears we have watched German children hug Syrian children in train stations. You don’t have to be a theologian to know that looks like what Jesus would do. That’s a real Christian response. Is Australia less concerned for the vulnerable than Germany? Are Australians less generous than Germans? A clear “NO” was the answer I saw the other night as I looked out over a sea of candles for little Aylan at aLight The Dark rally. Australians want our nation to join those leading the world in compassion. Australians don’t want us to lead the world in cruelty to those needing safety. This is a turning point. It’s time for the government to follow the people’s lead. If Australia was to take 1% we would receive 230,000 people this year. Instead the government has rejected the call for an increase of 20,000.

I know first hand what Christians in the Middle East face. I have spoken in churches across Australia about my time in Lebanon with the leader of the Syrian Presbyterian church and what they are going through. I’ve met with leaders and worshipped with Syrian, Coptic, Lebanese, Armenian, Palestinian, Azerbaijani & Pakistani Christians in the Middle East. What they are facing is horrific. Some on the Left do themselves no favours in ignoring that the largest persecuted group in the world today are Christians. But equally those on the Right do themselves no favours in discriminating against others and ignoring realities like: the largest target of ISIS’ insanity is other Muslims! What about the Rohingya? What about Hazaras? What about those who are LGBTi in the Middle East? If politicians are concerned about Middle Eastern Christians can we talk about how the church is suffering in Palestine under Israeli occupation? If politicians are concerned about refugee minority groups, can I suggest they can start by releasing them from detention?

Finally, lets name this for what it is. A dark distraction seeking to divide our compassion. I do not have to choose between loving my sisters and brothers in Christ, and loving my neighbours who don’t share my faith. Christ shows me how to love; lavishly, indiscriminately, powerfully towards EVERYONE. The Good Samaritan doesn’t ask what religion the body beaten by the side of the road is. He puts love in action. And Jesus tells us, “Go do likewise”. In Matthew 25 Jesus doesn’t say “I was a ‘Christian’ stranger and you invited me in”. Just that he was a stranger. Christ comes to us camouflaged as the vulnerable from all backgrounds. And says to us, “Whatever you did to someone overlooked or ignored, that was me—you did it to me.”

So lets keep asking, “When will Australia prioritise welcoming more people needing safety?” Because those of us who claim to follow Christ are commanded to be perfect in including everyone in our love, as God is perfect in love.

Comments on this article are now closed.