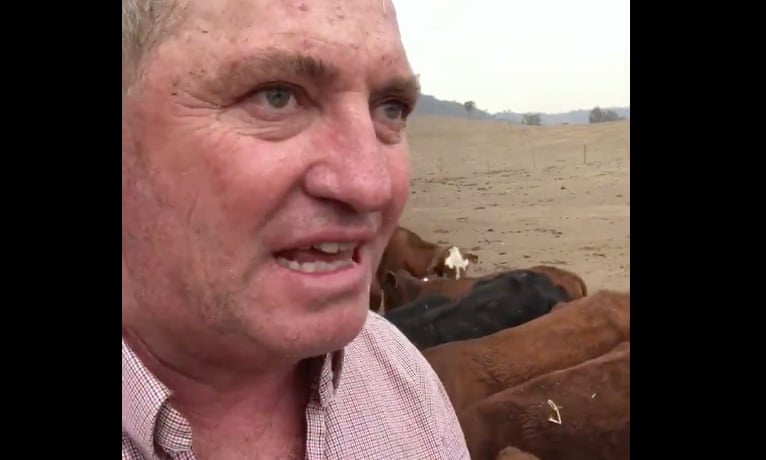 The former Nationals leader and deputy prime minister Barnaby Joyce has caused a stir among his political rivals by releasing a video in which he said he is “sick of the government being in my life”, and urges Australians to respect God, otherwise “we’re going to get nailed”.

In a short video posted on social media on Christmas Eve, the government backbencher is seen feeding cattle. He reflects on climate change, declaring “new taxes” are not going to fix it but only “a higher authority beyond our comprehension”.

“You’ve got to wonder what politicians do on Christmas Eve – well, when it’s drought, feed cattle,” Joyce says.

“Now you don’t have to convince me the climate is not changing – it is changing.

“My problem has always been whether you believe new taxes are going to change it back.

As the camera swings upwards to the sky, he urges Australians to respect God.

“There’s a higher authority that’s beyond our comprehension – right up there in the sky. And unless we understand that that’s got to be respected, then we’re just fools. We’re going to get nailed,” he says.

“For many, Christmas Eve is a time of reflection and regret and this is Barnaby Joyce feeling contrite about seven years of reckless inaction,” Fitzgibbon said, according to a report in the Sydney Morning Herald.

Commentators on social media pointed out that Joyce was a member of the government and if he wanted it out of his life he could always resign.