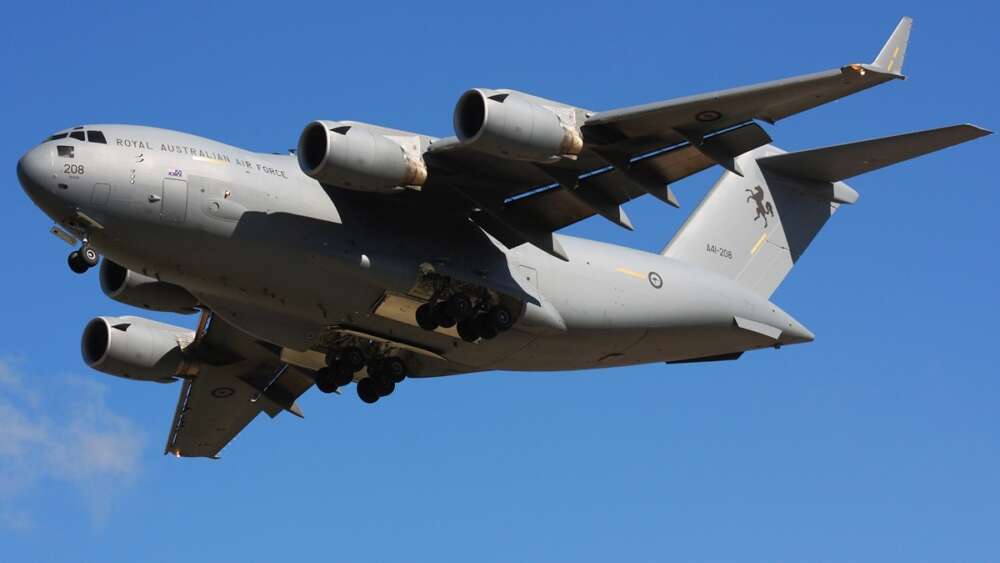 On Anzac Day 2021, a personal tribute to laying your life down for others

Flight Lieutenant Stephen Gibbins joined Leader of the Opposition Anthony Albanese and other local leaders this morning at an Anzac Day Dawn Service, at Loyalty Square in Balmain, Sydney.

This is the message Gibbins delivered to honour service men and women.

Thank you for the invitation to speak today. A privilege to speak alongside the other distinguished guests who I’ll share the platform with this morning.

And I would also like to honour Indigenous leaders past and present of the land we stand upon.

A couple of years ago I was flying the C-17 Globemaster. For those who don’t know, they’re a big transport aircraft. We had the sombre duty of bringing home two Australian soldiers who had been killed by an Improvised Explosive Device, placed there by Taliban fighters, in the Baluchi Valley in Afghanistan.

Their coffins were lined across the cargo compartment and not too much else was in that big cavernous hull of an aircraft.

Our leg was from Diego Garcia, in the Indian Ocean, and we flew across the country into Amberley Air Force base in Queensland. The Prime Minister at the time and the then Leader of the Opposition were waiting on the ground, so were the Chief of the Defence Force and the Chief of the Army. But most importantly, so too were the wives and family members of these men who had given their lives in war.

The entire base and all of the airspace around Amberley was essentially shutdown for the arrival of the bodies of these Diggers brought back to their home country.

As we came into the airspace above Amberley, we made our radio call and were cleared directly to the runway. At the end of this radio call, someone came over the radio. I don’t know who it was.

It’s uncommon for such a thing to happen, and is not really allowed. However, on this occasion, what this person said were the most appropriate words anyone could have: “Lest we forget.”

Three words which we’ll say this morning, and which hundreds of thousands of Australians will say across the country today. Words which, on that day above Amberley, were all of a sudden very real.

I’d held myself together pretty well on that flight but just as we were about to land the aircraft, tears came to my eyes as I considered the cost of those two coffins.

We remember that others laid down their lives so that we might live.

It was a realisation that holds strong today, Anzac Day 2021, when we say ‘lest we forget’. Three words which we say not only to honour men and women of the past who have laid their lives down for the lives of others. We also say them for men and women of the present, today, who put their own interests aside in service of their country, in service of the peace and security which we enjoy – and for the people of the countries in which they are serving.

Service which has cost their lives.

These words were from a line in a poem which we’ll sing later this morning. They were a way to summarise the national response to the horrors of World War I.

And they are a summary of why we’re gathered here today, to remind each other that we will remember them.

We remember that others laid down their lives so that we might live. When someone sacrifices their life for your life it has a profound impact on you.

The impact of the sacrifice is captured in a sentence which is written across the world on the occasional cenotaph – like the one in front of us today at Balmain.

It’s a sentence that a friend of mine in the Army – who just got back from a deployment in Afghanistan, after missing the birth of his third child – has had tattooed on his arm.

It’s a sentence that, as my mate’s arm suggests, people in the military draw great inspiration from. And the sentence is this: ‘Greater love has no one than this: to lay down one’s life for one’s friends.’

Why is Anzac Day so significant? Because we’re remembering, and reminding one another, of an act of love. Love shown through sacrifice. And these words, from which Defence Forces around the world draw so much inspiration, came from the lips of Jesus Christ.

And he was saying two things. He was saying to his followers that this is the love they were to have for others, a love that doesn’t hold back, that isn’t afraid to get dirty, that will act even at the cost of their own lives. This is what Jesus expects of his followers.

But, primarily, he was speaking about what he was going to do. It’s not something he tells us to do but he himself did not do it. The one who said it, lived it. And if you’re unfamiliar with the Christian story, a simple version of it is that Jesus Christ looked at us in our sins and in the judgment of God but, rather than leave us in that danger, he entered our world and lay his life down for his friends.

Jesus teaches his disciples to do this, but he doesn’t tell them something he’s not willing to do. And it’s this event of Jesus laying down his life which can have a profound impact on your life.

Jesus stepped into our great danger and brought us peace with God at great cost to himself.

I’ve always been drawn to the story of Rawdon Hume Middleton. There’s plenty of stories of lives being laid down for the life of another, especially in the military, but since it’s the 100th anniversary of the formation of the RAAF, I’ll tell this Air Force story.

It was the 29th of November, 1942. Middleton and his Sterling bomber crew were on their way back from a mission over Italy. Low on fuel with their aircraft badly damaged, knowing that ir wouldn’t make the intended airfield, Middleton made the decision to allow his crew to bail out over England while he flew the aircraft into the English Channel to save any potential loss of life on the ground. As his crew leapt to safety, he went to his death.

He laid down his life for the lives of others.

That’s what Jesus has done. He stepped into our great danger and brought us peace with God at great cost to himself.

The reason we in the Defence Force draw significance from this is because this isn’t a commander in his cosy office, barking orders but never entering the fight. Jesus was willing to die, to pay the ultimate sacrifice for his friends.

And the reason we find the laying down of one’s life for the life of another so meaningful, is because God has done that for us. And today we’re remembering and honouring every person who has laid their lives down so that we might live.

From 2005, Flight Lieutenant Stephen Gibbins served in the Royal Australian Air Force as a C-17A Globemaster III pilot. He has studied at Moore Theological College, Sydney, in a RAAF-sponsored undergraduate scheme to become an Anglican Chaplain to the Air Force. Stephen is in his final year of working as mission pastor at Vine Church, Surry Hills, Sydney, before taking on his chaplaincy role.

Under intense bombardment at Gallipoli, Lance Corporal Elvas Jenkins was struck directly over his heart by a lead ball from an exploding shell. He would have died instantly but the ball struck his New Testament which he carried in his shirt pocket. The Bible saved his life that day. But he did not survive the war. Among the first Anzacs to reach Gallipoli on Anzac Day, 25th April 1915, he was also one of the last to leave. He was among those who survived the whole of the Gallipoli campaign, only to lay down his life a few months later on the Western Front in France.