Yet in recent years their shared love of songwriting has led them to writing, recording and releasing a new self-titled album as musical duo ‘Finding Faith’.

And all without leaving Las Vegas or the work they love.

Tim, having no idea of Andrew’s expertise, let him know that he’d need to audition.

The pair met when Andrew started attending South Hills church about five years ago with his wife, Heather. Andrew had grown up Roman Catholic and had regularly attended church, but was quite happy to sit anonymously in the pews.

Yet, as he sat, he particularly enjoyed the music Tim and his team were making and felt drawn to be part of the team.

He approached Tim after a service and enquired about volunteering in the worship team. Tim, having no idea of Andrew’s expertise, let him know that he’d need to audition. Andrew was happy to do so and said he’d send Tim some links, which he did. It was at that point that Tim learned about Human Nature.

Now, most Australians know Human Nature. From the release of their breakthrough single “Got It Goin’ On” in 1996, for the next decade, the quartet’s distinctive harmonies were a ubiquitous part of Australian life.

During that period, if Human Nature weren’t playing on your radio, they were on your TV. They sang the national anthem at the opening of the Sydney Olympic Games in 2000, were the opening act for Celine Dion and Michael Jackson’s Australian tours. They even made a guest appearance on Neighbours.

And, of course, they released album after album of feel-good melodic goodness that had a generation of Australians singing ‘Telling Everybody’ and ‘Every time You Cry’ along to the radio.

In 2009, Human Nature became the second Australian group to have a residency on the Las Vegas Strip, taking up a position at the Imperial Palace Hotel and Casino.

But as Andrew recently told Jonathan Moran, professional success led to anxiety, which he self-medicated at the cost of an alcoholic addiction to vodka. And, as his life spiralled out of control, he turned to Tim for pastoral support and attended AA and marriage counselling. 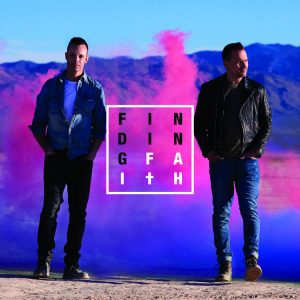 Tim describes their songwriting partnership as something that developed pretty organically as their friendship developed.

Now, their process involves developing ideas independently and then bringing them to a weekly songwriting session, often at Andrew’s house – although Tim was once fined $250 for driving while trying to scribble song ideas on a napkin leaning on the steering wheel – not something he recommends.

When there’s an idea that they both connect with, they develop it. Sometimes, when they feel the idea hasn’t been fully realised, they bring in a third person, such as Hillsong Worship Pastor Dean Usher, who collaborated on a few of the album’s tracks.

Their careers have developed different strengths in them as songwriters. Andrew’s pop sensibilities mean that he has a good feel for structure, arrangement, melody and hook.

Tim’s experience as a worship pastor adds a theological strength to the duo’s lyrics, as one would expect, but Andrew also highlights his valuable instinct of knowing when to ‘pull back’ or simplify so that a song can be sung by a church congregation.

Simplicity is the goal for Andrew, not only because he believes that many of the great songs are simple – such as John Lennon’s ‘Imagine’ – but also because he wants Finding Faith’s songs to provide people with “the penny-drop moment” of simple Christian truths.

One example is ‘There Is Love”, the song they wrote following the horrible shooting that rocked their hometown Las Vegas on October 1, 2017 with these lyrics :

And the cover of Van Morrison’s “If I Ever Needed Someone” which, though obviously not a traditional Christian song, speaks to their personal journeys as believers.

Tim’s favourite song, though, is “Scars and Grace”, a song that came from a coffee shop discussion with Andrew and Dean Usher.

“I was sitting there rubbing some scars that I have from my past because they were aching and I think I made a comment like ‘They never go away’”, Tim tells me. “Andrew also talked up some emotional scars of his own that have never gone away. We looked at each other and started talking about Jesus’ scars and immediately knew it was a song we had to write… even listening to the first demos of the song, we knew it had to go on the album.”

Andrew’s current favourite song is “Good hands”, a track that he says “was never meant to be autobiographical” but has increasingly revealed itself to be.

“I used to always feel like the preacher was preaching at me when I went to church and wondered how he knew I was going to be there,” he says with a laugh.

“Its lyrics are: ‘I’m just a wretch now saved, I’m but a mess made clean I’m not a perfect man, But I’m in good hands”… and that’s exactly what I am.”

For now, Finding Faith are looking towards the August radio release of their next single and to leading the songs in churches, beginning with their own.

After that? They’re not sure, but say they are content to trust the same God who has led their connection from the start and who has graced it with what Andrew describes as “a beautiful momentum.”