Christy’s story | The impact of a changed life

“I was born in Singapore in 1975. My mother was a staunch Buddhist-Taoist. We had an altar in the living room and I’d walk past it and burn incense there. I respected the deity and I believed in the spirit world. It was part of our family tradition.

“In Singapore, there’s a feeling of uncertainty about life and the future, so we would go to the Buddhist temple and pray for protection, peace and wealth. We had a general idea of doing good, for the purpose of securing a place in heaven. Of course, in Buddhist thinking, there are 18 levels of hell. Humans are always reincarnating and coming back as something else. But if we do good things on earth, the higher chance we’ll have of reaching heaven, or at least of not being in such a bad level of hell. In Chinese culture, it’s the worst kind of curse to reach the 18th level of hell – nobody wants to reincarnate as a cockroach – everyone wants to come back at least as a human.

“But mostly when I was growing up I had questions about my purpose. What am I doing here? Where did I come from? I learnt about evolution in high school, which made me happy for a while, but then I started to question again. Where did the first amoeba come from, or the first particle? It seemed so random. The more I studied biology, the more I thought that there must be a designer.

“When I was 15, I had a close friend who had a really bad temper. He used to torture cats. He couldn’t control himself. Then one day he became a Christian. I was shocked. He came from a Buddhist-Taoist background like me. I noticed that after he became a Christian, his temper disappeared dramatically. Of course, I wanted to know how he changed. I’d never seen power like that!

“So I asked my friend how he changed, and he told me about Jesus. He started by telling me there was a Creator God, a designer. He told me about Adam and Eve. It sounded like a fairy tale. At the same time, I noticed some other people doing Christian street evangelism. They were quite intrusive and I hated that, so I avoided them. I didn’t really understand it.

“It sounded like a simple answer. I pondered it for days. Then I said to my friend, ‘I would like to know this God who made me.’ She led me in the sinner’s prayer. It was good, but I didn’t fully understand it, mainly because I didn’t think I was a sinner. I was aspiring to be a social worker!

“But I prayed the prayer with her, and afterwards, she gave me a Bible. I immediately devoured it. It was the new King James Version, so it wasn’t an easy read, but it was full of life! I started with the Gospels. I couldn’t stop reading. Jesus was not like anyone I’d ever met.

“But I still didn’t understand sin, or my need for a saviour. It took another few years. In that time, I gradually stopped praying to the Buddhist deity. My mum was very upset and she prohibited me from going to church. I really wanted to go, but I waited. And after about a year, she let me go to a Christian camp. The speaker explained the gospel again and I understood it that time. I couldn’t be good enough, and Jesus died for me. I responded, and everything has changed since then.

“After another year, my mum let me go to church. It was the happiest day of my life! And when I was 21, I was baptised! Later, I married my husband and we went and served with a Christian mission in the Middle East, during the Arab Spring … but that’s another story.” 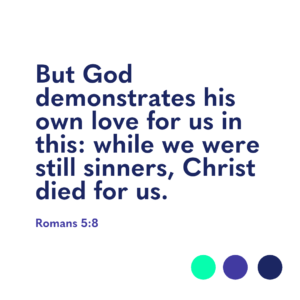