“It’s been a very difficult month. I live in London and I work for the local church. On Sunday, February 23, we had a large baptismal service. Lots of people were baptised that day, and all their friends and relatives came. Afterwards there was a lot of hugging and kissing. We didn’t know then that one of the people being baptised that day already had the coronavirus.”

“Within ten days, a lot of us came down with the same symptoms – fever, cough, fatigue, difficulty breathing. It was at least half of the church. I was desperately tired and unwell. I stayed upstairs, isolated from my family. As well as fatigue, I had ulcers in my mouth and I lost the sense of smell. But I’m all right now.

“We’re still not sure how many people actually got the virus, but it was a lot. One older man died. He was very frail. Another lady needs an emergency pacemaker put in tomorrow. Five or six of our church members are still in hospital. But most of the others have now recovered. We’re now meeting for church in smaller Zoom groups. We have Bible study groups on Zoom, and Alpha meetings on Zoom, and prayer groups on Zoom. But it’s hard to keep track of everyone.

“Sometimes, someone just goes quiet for a while and then I phone them and realise that they’ve been in bed for four days, with the virus. It’s been like a tornado through our community.

“For me, it’s changed the way I read the Bible. It’s like I have a new lens. While I was unwell, I had two profound moments. One of them was while reading about Jesus’ triumphal entry in Luke 19. I realised again that we are made for worship and declaration of God’s presence as king in our lives. All of creation has been ‘crying out’ in praise from day one. Jesus himself told the people that if they keep quiet, ‘the stones will cry out.’ (v40).

“As humans, we are designed to praise Jesus. But often we don’t. We’re too busy. I’ve been too busy. But now we’re living in a silent world. Traffic has stopped and busy lives have paused. The things that made all the noise in our minds have been silenced, and the things that consumed our time and money have become less important. Suddenly, we can hear creation sing – birds, insects, streams, and frogs. But in the silence, we are also invited to reorient our lives to our true purpose: praising, glorifying and celebrating Jesus to the world. That’s been the biggest lesson for me.

“From now on I want to be like the disciples on Palm Sunday. They were telling everyone of the miracles they had seen. They were part of creation’s song … and I want to sing out my testimony to the watching and listening world too!” 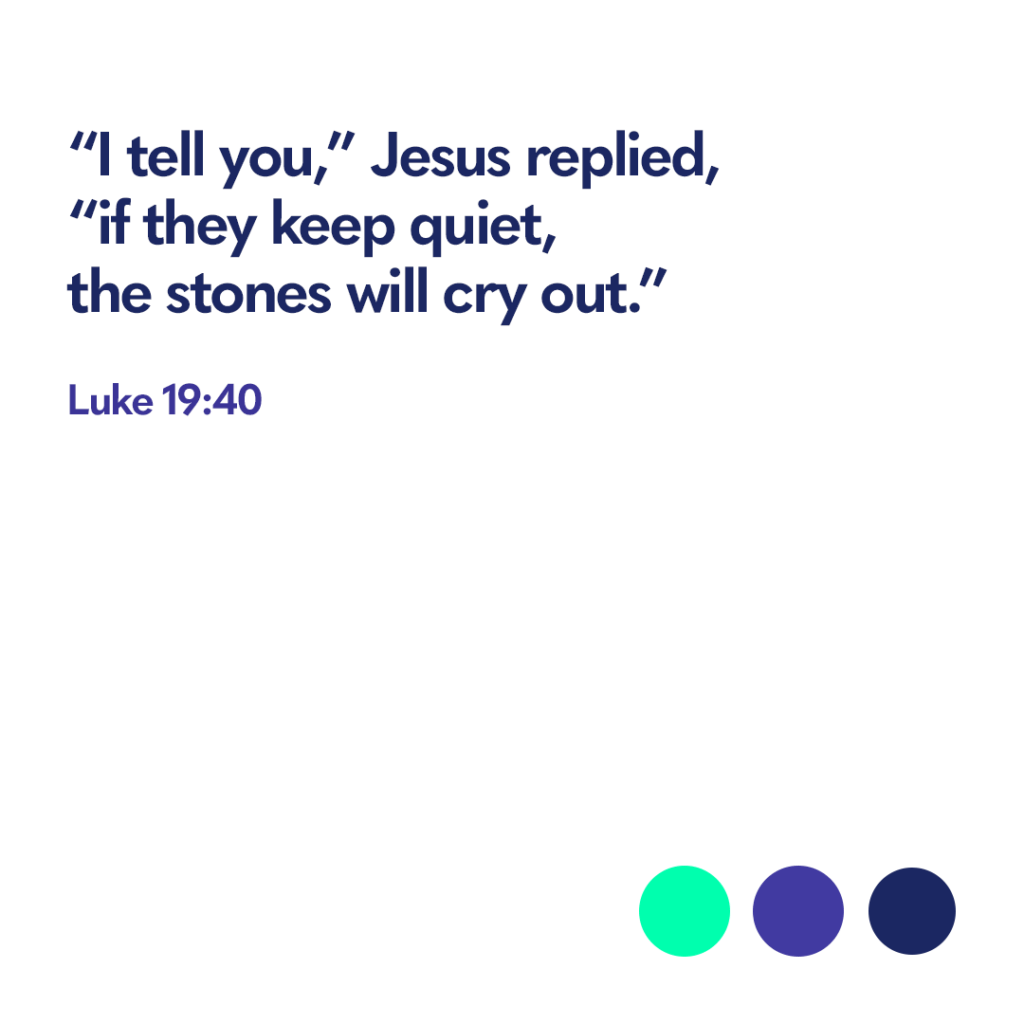 ‘Do I love little because I don’t think I have been forgiven...

‘I slowly realised that being well meant being comfortable with who I...