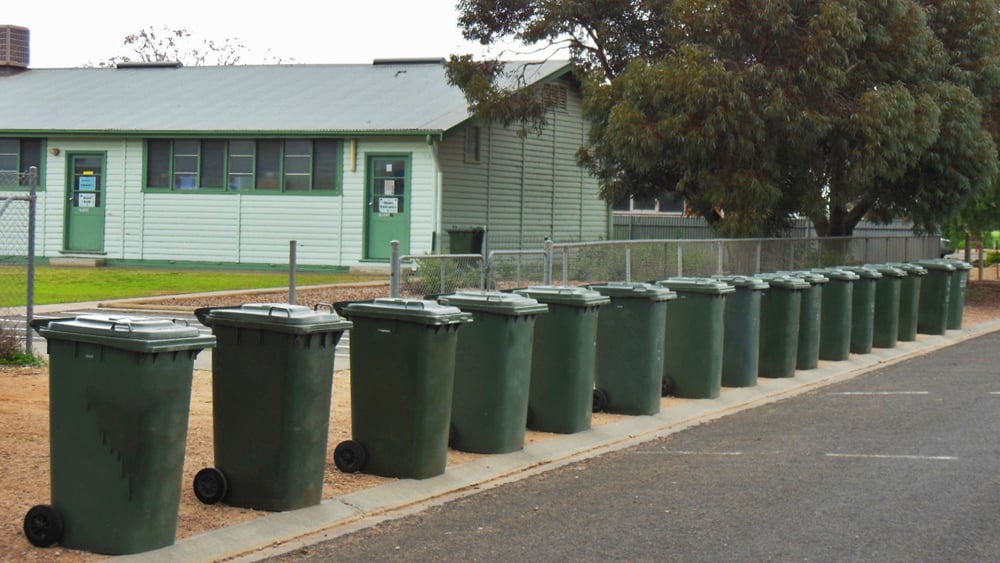 A baptism with a difference, using a wheelie bin as a font, meant a special day for Hakim (not his real name), as well as fellow Christian detainees and team members of Prison Fellowship Immigration Detention Centres ministry (in an Australian state we won’t name).

Hakim was transferred from Melbourne to another state via Christmas Island about 12 months ago. On his arrival, he was invited to attend weekly Bible studies in the detention centre.

Coming from a Muslim background, Hakim had already begun to question why it was that Muslims killed fellow Muslims and hated Christians.

He had also been involved in a serious motorbike accident and believed God spared his life in order that he could meet some Christians and learn about Jesus Christ and Christianity.

The Immigration Detention Centre “baptismal font” has not changed. It is still a wheelie bin.

After many months of study, Hakim was ready to accept Jesus Christ as his Saviour and sometime later he requested baptism. This took a further two months to arrange and eventually the baptism day arrived.

The Immigration Detention Centre “baptismal font” has not changed. It is still a wheelie bin.

Other Christian detainees organised the music and printed copies of the order of service. What would the Good Samaritan do about Manus and Nauru?