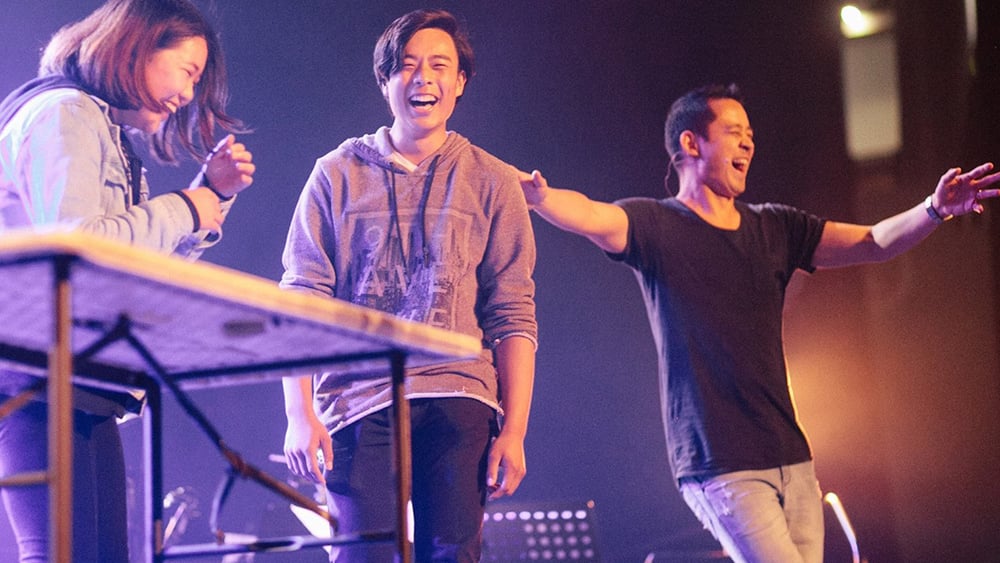 An unusual Sydney-based “movement” has spread across the border to Victoria, with the first RICE rally held last weekend in suburban Melbourne. Hundreds of young people, mainly Asian Australians, packed into Clayton Church of Christ and RICE founder Steve Chong said the event had a similar impact to rallies held annually in Sydney for the past 15 years.

“I don’t have exact numbers and I don’t want the young people to feel like a number, but I can tell you that the proportion of the room that makes commitments is actually staggering,” described Chong about key responses at the first Melbourne rally. “We’re talking hundreds of young people at each event, giving their lives to Jesus or recommiting their faith.”

“I welcome the RICE Movement to really stir up some good works and love here.” – Tim Costello

Without being anchored in a denomination or church, the RICE movement (as it calls itself) is focused particularly upon helping younger Australians to follow Jesus. With an approach that few other evangelistic endeavours in Australia take, RICE began with an emphasis upon Asian Australians yet reaches a broader demographic.

Prominent Christian leaders have opened their arms wide to its Melbourne arrival. “For 15 years God has blessed a movement called RICE and I can’t wait to see it established here,” said Centre for Biblical Preaching’s Michael Raiter, while former CEO of World Vision Australia, Tim Costello, added: “I welcome the RICE Movement to really stir up some good works and love here.”

RICE’s annual Sydney rally is being held tomorrow night and these flagship events share DNA with the evangelistic heft of the Billy Graham’s 1950s crusades. Amid music, dance, drama and other creative content, RICE rallies have a clear explanation of the good news of Jesus Christ as their “centrepiece.”

But Chong explained that RICE is “less about events and more of an idea.” The “idea” is people having their hearts and minds shaped by Jesus, not just getting fired up at annual rallies and then cooling off.

“The ultimate aim of all of this is not hype, excitement, or just a cool thing to be part of.” – Steve Chong

The RICE movement encourages people to use their skills and passions to serve God, including in ways like prayer gatherings, online communities, creative output and smaller worship events.

Chong said the RICE team is aware of the potential for those within their “movement” to become only focused on it, rather than Jesus.

“The ultimate aim of all of this is not hype, excitement, or just a cool thing to be part of,” Chong told Eternity. “It’s not ‘the place to be right now’, because RICE is ‘hot’ or something. Really, in the end, it’s Jesus and promoting him and being ambassadors for him and doing everything for his glory.”

Jesus gets thousands of new followers