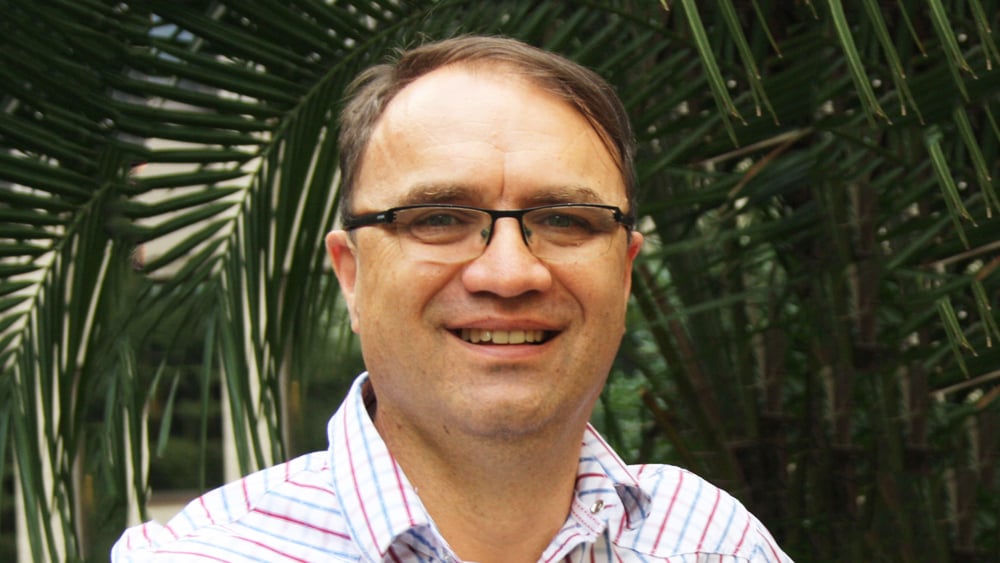 Mark Short is excited about the next generation of church leaders in the bush.

An evangelist working alongside a pastor has helped a church in the central west of New South Wales  grow in numbers, outlook and confidence.

Since James Daymond joined Rev Phil Howes at Narromine Anglican Church in February 2017, he has visited hundreds of people in the district, sharing the gospel and trying to establish them in the local church. He has taken church members along with him on these visits, training them to take over the ministry one day.

Sent to the parish by the Bush Church Aid Society (BCA), Daymond and his wife Brittany have been surprisingly effective in their roles; many people responded positively and some have put their faith in Christ and come to church.

“We are literally going to people – not with any previous appointment arranged – and we introduce ourselves and ask if they have a few minutes for a chat,” Daymond explains.

“We really do work hard to connect with them because we want to find out about their lives. We find out how they’re going, then we want to shift the conversation from farming or the weather to talking about Jesus. And the way we often do that is asking them, who do you think Jesus is? We work through that and very often it gives me the opportunity to say who I think Jesus is and we might read a Bible passage to bring that out and then we give them a copy of The Essential Jesus (a fresh translation of Luke plus a gospel outline) or a DVD – because some can’t read, so we have to think creatively. We’re trying to get them to give more thought to Christ and we ask if we can come back.” It is one of the creative ways of doing ministry in the bush that have been developed by BCA as it becomes harder to sustain traditional models of ministry in an increasingly secular culture.

“What we’re seeing is, many places are finding it harder to sustain the traditional model of ministry, where a full-time paid ministry comes from outside into a community,” says Mark Short, BCA’s national director.

Daymond says he suspected most people would not be interested in hearing about Jesus, but the response has been surprisingly positive.

“Some who say ‘you would never have got me doing this’ are now effectively emerging as leaders of the future.” – James Daymond

“I’ve been surprised that so many people have welcomed us into their lives and to be able to speak about Jesus. There’s always a spectrum – some people will reject the message, some want to hear more and there are some who believe. The minority are those who reject and those who have completely given their lives to Christ, but a lot of people are happy to think about this and want to learn more.”

Another positive outcome is the growth in confidence and maturity in the team of people who have been trained to accompany James when he visits people, who have seen the value of the ministry through many encouraging conversations.

“We have a roster of people in this ministry who are also on spectrum of maturity – and some who say ‘you would never have got me doing this’ are now effectively emerging as leaders of the future,” he says.

Daymond hopes the evangelism experiment at Narromine will spread to other parts of the state’s huge central west, which stretches from Dubbo to Wagga Wagga.

While in many places it’s becoming more difficult to sustain a paid full-time minister shepherding a single parish, Short says the flipside is that people are exploring what it means to do church in different ways.

“So we’re beginning to see models like missional communities, smaller gatherings of people with an intention upwards, inwards and outwards focused, take root in some of rural and regional areas,” he says.

With his recent appointment as Bishop of the Anglican Diocese of Canberra-Goulburn, Short was taking the opportunity to identify the highlights and challenges for the church in the bush.

In the past 18 months BCA has supported two new church planting ministries in Tasmania, which are making use of that missional community model to reach out to their neighbourhoods. One was Southern Beaches Anglican in Hobart, which was featured in the November issue of Eternity.

“We’re beginning to see more use of technology in rural ministry. At its best, technology is being used to actually create a genuine interactive experience that reaches across distance, rather than, for example, simply seeing rural churches as passive consumers of content that’s generated in a big church somewhere else.

“I think when technology serves us well, it actually embraces the reality that God’s people in all places have gifts and insights to offer. So it becomes a means of learning from each other and engaging with each other.”

“In the next 20 years the leadership of the church in the bush …will be increasingly diverse, both in terms of ethnic background but also in terms of gender.” – Mark Short

Kicking off in the next few months in Tasmania is a digital church pilot project, which gathers teaching content on video for use in rural churches, as well as video conferencing packages to train and equip small group leaders in those congregations so they can in turn reach out to their communities.

However, the vision that excites Short most, after 7½ years at the helm of BCA, is the new generation of leaders that God is raising up for the bush – Aboriginal, non-Aboriginal, people from different cultural backgrounds, women and younger people.

“That means, in part, that leadership is going to be drawn from those who are already in those communities and women have played a key role in many rural churches over many years. I think that the church is being called to recognise and affirm those gifts appropriately.”

As BCA prepares to celebrate its centenary next year, one area he is particularly encouraged by is the raising up of a new generation of Aboriginal and Torres Strait Islander Christian leaders for the bush, mentored Rev. Neville Naden, who was appointed 18 months ago as BCA’s indigenous ministry officer.

“We’re beginning to think through, in partnership with the rest of the church, what it means not simply to help those brothers and sisters get trained but also to ensure they’re resourced for ongoing sustainable ministry,” Short says.

Short estimates there would need to be a fourfold multiplication to reach that goal, which he believes is achievable.

“I think part of it is making sure that the resources are there to allow Aboriginal Christians to exercise the gifts that God has already given them. The issue is not that God isn’t calling these people into ministry; the issue is that the church hasn’t always recognised that or allocated the resources for those gifts and callings to flourish and be sustainable over the long term.”

Asked if he thinks there has been a change of heart in the church about promoting Aboriginal people into ministry, he says it is happening.

“We’re on a journey and I’d be the last to say we’re where we need to be, but I think God is at work stirring people’s hearts along those lines and it will be exciting to see where that leads in the next 20 years.”

“It’s often people who come from non-Anglo backgrounds who are both demonstrating the greatest openness to the gospel, but also from those who are already Christians a willingness to get on board and think about mission.” – Mark Short

Just as they have in many city churches, people from different cultural backgrounds have also brought renewed life and hope to many rural churches, Short says.

“It’s interesting, as I speak to our BCA field staff, it’s often people who come from non-Anglo backgrounds who are both demonstrating the greatest openness to the gospel, but also from those who are already Christians a willingness to get on board and think about mission.

“I’m aware of a number of Korean churches in recent years that have developed a heart for mission in the bush; I’m aware of Chinese churches likewise. They’re not under the BCA umbrella, but they’re out there and I think that’s really exciting. God is giving Christians who have moved from elsewhere to Australia a heart for ministry not just for the people from their own background but for Australians living in other places in the bush.”

In March, Short will hand the BCA reins to an interim director, who will serve until a permanent appointment is made. Before he leaves, however, he intends to resources and projects that will be rolled out to celebrate BCA’s centenary next May.