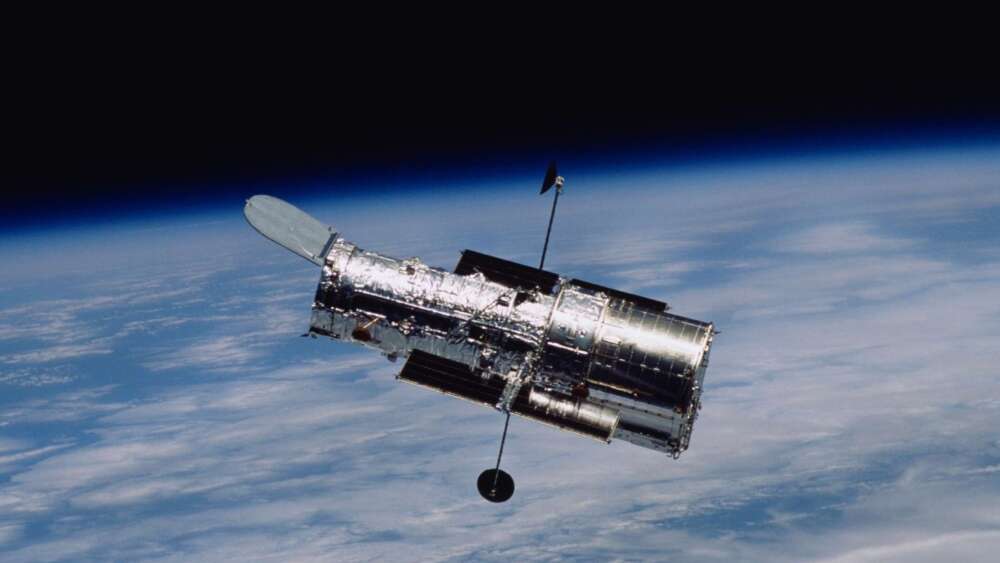 What Hubble troubles show about the science of faith

My favourite scientific instrument of all time is the Hubble Space Telescope. In its life it has generated more than 10,000 scientific papers from the raw data alone and massively expanded our view of the cosmos and our place in it.

What’s often overlooked with Hubble is how unimpressive it was in the beginning. It was launched, to great fanfare, aboard Space Shuttle Discovery in 1990. However, when it was subsequently activated, the images that came through were … less than impressive.

A lot of very embarrassed scientists worked overtime to find the cause, and it was determined that there was a severe optical defect called spherical aberration, which would require extensive repair. So, in 1993, on STS-61, a group of astronauts bravely headed out on the Endeavour to rendezvous with the Hubble and conduct the most sophisticated series of extra-vehicular activities yet performed in space.

What’s interesting is that this is a real-life instance of people venturing out on a very dangerous mission, with significant risk to themselves, when there was no guarantee of success. And yet they ventured anyway.

I think this captures the very essence of faith. Those astronauts had to have faith in their own abilities, in the competence of the hundreds of engineers and technicians on the ground supporting them. They had to commit themselves and persevere in the face of many difficulties to achieve an outcome that in many ways was beyond their control. This is what faith is – what good faith is. Thanks to the efforts of these brave astronauts, the Hubble was restored. And the results were stunning. As a result, we know just how impressive our universe is.

The Hubble showed us that our universe is unimaginably vast. Equally clear is that our universe is held together by an elegant and sophisticated series of laws that are true throughout the universe. These permit the formation of complex structures such as galaxies, or stars that generate a plenitude of elements, which can undergo molecular self-assembly, forming such wondrous structures as DNA, the foundation of life.

Growing up, one of my heroes was the great Wernher von Braun, probably the greatest aerospace engineer in history. He was a formidable intelligence, an impressive presence, the designer of the mighty Saturn V rocket that took men to the moon.

Von Braun wrote extensively on the topic of science and faith; he firmly believed that science and religion were not antagonists, but sisters. He also firmly believed that the cosmos was the work of a mighty designer, a master planner. He wrote: “I find it as difficult to understand a scientist who does not acknowledge the presence of a superior rationality behind the existence of the universe as it is to comprehend a theologian who would deny the advances of science.”

Sadly, sources of antagonism are easy to find. Religions of the most retrograde sorts are causing a lot of human suffering. In this context it’s only understandable that someone might want to look for a silver bullet to shoot down superstitious beliefs. Enter science. It’s a formidable weapon. It’s authoritative. It has brought us spectacular successes in countless ways. It’s only a small step from there to using science as part of a rhetorical strategy: “science has always been fighting against religion, it has always been suppressed by religion at every turn, the two are in irreconcilable conflict, and science must eventually triumph.”

The problem with this rhetoric is that it’s a myth.

The idea that science and faith have been locked in a perpetual battle, with science being suppressed at every turning point, simply does not hold up to proper historical scrutiny. Science is by definition limited to the natural world. If you’re asking a question about the super-natural, from something outside nature and hence not constrained by it, then science simply isn’t the right tool to use. Science can only operate in the sphere of the natural; its very methodology depends on having regular, reliable, repeatable natural laws. It requires multiple observations; it requires falsification.

Science can describe the laws that govern how things within the universe behave. It cannot tell us why those laws exist in the first place.

Science can tell us how long ago the universe came into being. It cannot tell us whether it was created by something outside the universe.

Science does not, and cannot, provide a totally objective, independent, prescriptive account of all domains of human experience. And science is not the only type of rational thought. We need metaphysics, we need the humanities, we need ethics, we need philosophy, we need worldviews – theology and developed non-religious worldviews such as secular humanism. Science can inform these disciplines, but they do not derive from science.

Finally, there are four things I think will help us defuse the conflict model view of science and religion. First, we need to properly understand the history of science. Second, we need to appreciate the philosophy of science. Third, we should examine the contemporary research which tells us what scientists and the public actually think. And finally, and critically, we need to embrace a richer and non-pejorative definition of faith.

*The Gippsland Anglican. Republished with permission.

James Garth is an aerospace engineer, sci-fi buff, aeronerd and ponderer of Big Questions. He is a Fellow of ISCAST – Christians in Science and Technology.

When the second man to step onto the moon, Buzz Aldrin, planted his feet, his…

In an increasingly global and secular scientific culture, the cutting edge of Christian engagement is…