The ethic of love at the heart of the New Testament sounds like ‘common sense’ to many today – it’s what any rational person would think about the good life.
But it certainly wasn’t ‘rational’ in the Roman world, and it hasn’t been for most of world history.

In episode four of Undeceptions, John Dickson speaks with Teresa Morgan, a professor of Graeco-Roman History at Oriel College, Oxford University about what life was like for the average person living on the outskirts of Rome at the time of Jesus. What did they believe and what shaped their ideas on the ‘good life’. And how did the arrival of Jesus change everything? 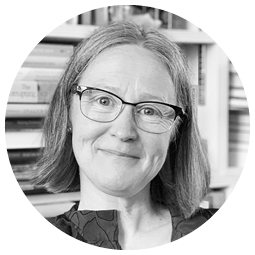 Professor Teresa Morgan has been a Fellow and Tutor at Oriel College in Oxford University since 2000, having studied classics at Cambridge, Theology at Oxford, and violin and viola at the Royal Academy of Music. She teaches and writes on Greek and Roman history from the eighth century BCE to the Byzantine era. She is currently working on the evolution of Christian faith between the second and fifth centuries and its impact on the later Roman empire.