Marilyn Laszlo was a missionary legend who not only brought the word of God to an unreached people group in Hauna Village in the jungles of Papua New Guinea but also brought education, knowledge, government and natural resources to their community.

She was a brilliant connector and an engaging storyteller who was driven by a relentless and passionate desire to see the gospel move forward, according to Wycliffe USA’s executive director of partnerships, Andy Keener – one of many thousands of people who were inspired to become missionaries by her example.

“Marilyn was a model for missionaries in the nature in which she blazed the path into a place. There’s been a lot of Wycliffe missionaries who have blazed a path into places where no one had gone before thanks to her,” said Keener, speaking to Eternity in the wake of the American missionary’s death earlier this month at the age of 88.

Born on a farm in Indiana, Laszlo wanted to be a missionary from the age of five. When Wycliffe International sent her and her original translation partner to the village of Hauna, deep in the jungle up the East Sepik River, they could not speak a word of their Sepik Iwam language.

They had been trained by Wycliffe what to expect and how to cope in such conditions although she quipped that all her Bible translation training didn’t prepare her to be greeted by a group of villagers wearing “zero clothes.”

In a Youtube clip recorded during a return trip to Hauna in 2013, Laszlo recounts how on the day of their arrival in 1967, the men of the village couldn’t work out whether these weird white-skinned people were men or women, and decided after half an hour’s discussion that they were neither – they were “its”.

Clearly, they were not threatening, however, so the Hauna people let them move into a bark hut, where, Laszlo vividly tells it, their first night was a horror story of invading snakes, bats, rats, mice, and cockroaches. But she was undeterred, believing implicitly that “the safest place in the whole world is to be at the centre of God’s will.”

Over the next 24 years, Laszlo took the unwritten Sepik Iwam language, and created a written language, initially by carving words into banana leaves. Developing the language entailed creating an alphabet while also learning how to speak the language. It wasn’t easy: when she tried to get them to tell her the word for “house” or “tree,” they would say “finger” because she was pointing so much.

When Laszlo’s original translation partner left after five years for another assignment, Laszlo asked her sister, Shirley Killosky, to join her. She did so, and as Marilyn translated the Bible, Shirley taught the people of Hauna to read and write their language. Together, Marilyn and Shirley also did medical work and trained the people of Hauna to operate a local school, store, medical clinic, and church. Marilyn completed the Bible translation in 1990, and the Bible was dedicated in 1991.

Many of the Sepik Iwan people came to Christ through reading this Bible, which they call “Papa God’s Carving,” and today the Hauna people actively share the gospel with other villages – people who used to be their enemies.

When Laszlo passed away on 9 September, village leaders honoured her with a five-day mourning ritual called a “house cry” in which they covered themselves in mud, grieving for a woman who changed their community forever. 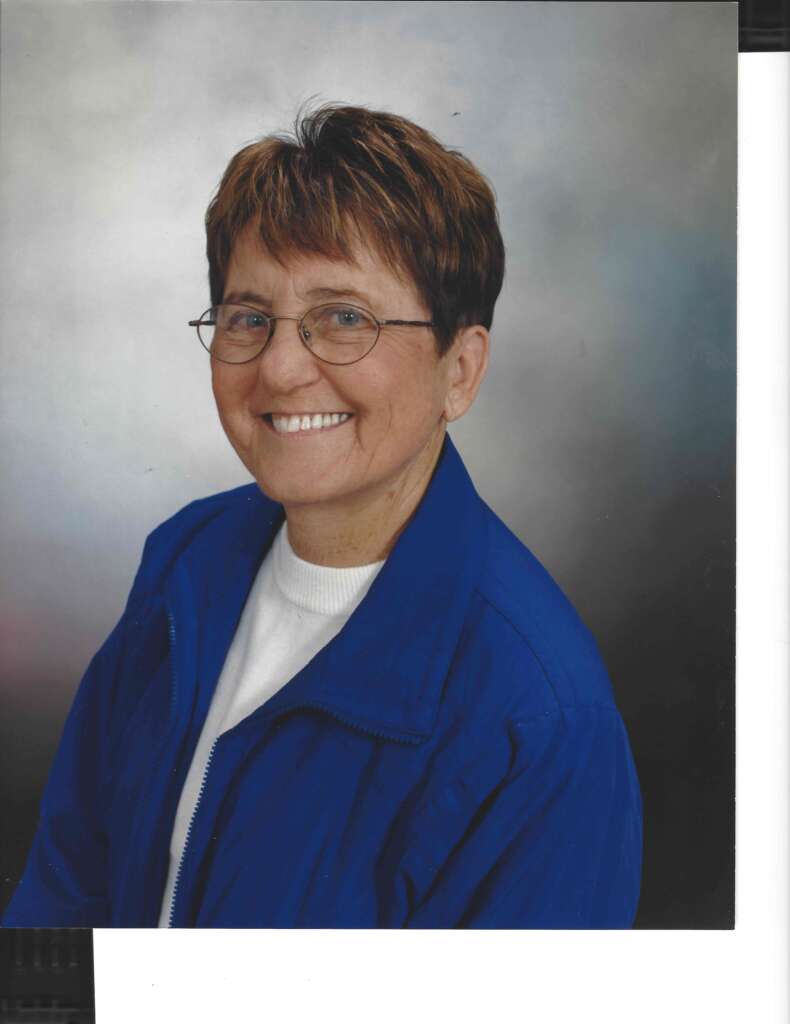 Andy Keener was just 16 when he met Laszlo during a summer missions trip to Papua New Guinea in 1985.

“Marilyn had coordinated the trip for two teams. One that came to the village where she worked, Hauna, and the other was 16 hours by dugout canoe past her village – to build water tanks for other villages. I was on that second team. So after four weeks in the jungle, we came back to her village, which seemed like paradise after being somewhere that had no electricity, no nothing and no running water.

“And in her village, it wasn’t like a first-world nation, but there were some buildings and you could be indoors and there were more modern conveniences.”

However, it wasn’t all that Laszlo had done to modernise the Hauna community that inspired Keeney; “it was her, and her engaging stories that brought you into a sense of ‘I care deeply about the word of God, there a message to tell and I want to tell it.’”

There and then, Keener felt called to Bible translation and he’s been with Wycliffe for 29 years.

He identified two aspects that made Laszlo so inspirational that three movies were made about her work – Mountain of Light, Come By Here and Return to Hauna.

“Number one, she engaged people everywhere. She was constantly connecting with people. She didn’t do anything alone. She was always bringing other people with her, introducing them to stuff. So she was a connector or a relator.

“It’s really easy to look back and kind of look at the movies and hear some of the stories and think, ‘oh, she was this independent pioneer.’ And in one sense, she was. At the same time, she was always doing things with other people. She would partner with anybody who would do things.

“And then the other was, she was just a gifted storyteller. She could share a story about almost anything, and just engage you. And those two pieces came together.”

“She had a fearless, passionate desire to follow God wherever he called. And I think that was a model for a lot of missionaries.” – Andy Keener

What became a model for other missionaries, he believes, was her “unrelenting passion of seeing the gospel move forward.”

“For many, for me, she made this impossible task seem like something that could be accomplished. I just remember the thought that went through my 16-year-old brain was, ‘I feel like God made me to do this.’

“We wound up doing a Bible translation in the jungle of Panama – several hours by dugout canoe to the nearest road. And we did it very differently. We partnered with New Tribes Mission, Now Ethnos 360. We were doing translation, but I look back at that, and think ‘go in where God calls you to go, even if it’s hard, even if it’s uncomfortable.’ She had a fearless, passionate desire to follow God wherever he called. And I think that was a model for a lot of missionaries.”

Keener can still relate almost word-for-word, expression-for-expression, a hilarious story that Laszlo told his group of teens back in 1985.

“She was standing on the little side of a hill, right near the river. And our whole team was there and she was telling us the story about when her sister Shirley first arrived.

“She’d had a partner for a number of years who had left and gone back to the States and she asked her sister, Shirley, ‘I need a partner. Would you come and join me?’ And she did. And just a few days after Shirley arrived, they were standing there talking and Shirley didn’t know the language yet.

“And some of the Hauna men came over and they had something wrapped in a banana leaf and they’re sitting there smiling. And Shirley says, ‘Marilyn, what is it?’ She goes ‘it’s something to eat.’ She goes, ‘I don’t know if I can eat it.’ She says, ‘well, you’re going to have to.’

“They opened it up and inside were steamed grubs. Marilyn said ‘I have eaten fried grubs and boiled grubs, but I’d never had them steamed before.’ And so they’re standing there and they’ve presented these grubs. ‘Marilyn, I can’t do it.’ And she says, ‘Shirley, you have to eat it.’ And Shirley says, ‘you first.’ And Marilyn’s like, ‘I’ve been here all these years. I need to set an example for my sister.’ So I reached down and I grabbed one of the grubs and I put it in my mouth and I made the biggest mistake of my life when I bit down.’ She said ‘green juice flowed from both sides of my mouth.’ And as I choked it down, I said, ‘Shirley,’ she says, ‘yeah,’ I said, ‘don’t do it!’”

A celebration of Marilyn Laszlo’s life will be live-streamed on 5 October, 6pm (8am, 6 October AEST) on www.laszlomissionleague.com