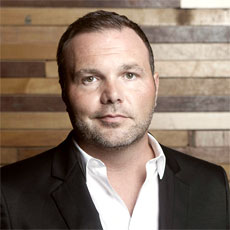 Mark Driscoll is facing charges of abuse of power and intimidation

Controversial US megachurch founder Mark Driscoll has stepped down as pastor of Mars Hill Church while allegations of abuse of power are reviewed by church leaders.

Mars Hill was founded in 1996 in Seattle by Driscoll and has 15 campuses claiming a weekly attendance of 15,000.

Driscoll is known to Australians as the man who got young men (and women) listening to Christian podcasts in the late noughties, the author of many books including the controversial Real Marriage, the visitor who had the courage to critique Sydney Anglicanism while in Sydney in 2008, and the speaker who filled the Entertainment Centre at an evangelistic rally titled Burn your plastic Jesus in the same year.

Driscoll also founded Acts 29, the worldwide church planting movement now headed up by Matt Chandler, also from the US. Chandler is Australia this week speaking at events around the country organised by local Acts 29 churches.

Driscoll has been in the spotlight over the last few years as former elders and staff members used the internet to publicly criticise his behaviour. In 2013, a former Mars Hill pastor brought charges against Driscoll citing a lack of self-control, a dominant, violent and arrogant character, but the Board of the Church decided the claims weren’t sufficient enough for Driscoll to step down.

However, last week, 21 former Mars Hill elders filed charges against Driscoll, saying that he has engaged in a pattern of abusive and intimidating conduct and has not changed, bringing the issue to a head and prompting Driscoll to step down while the charges are reviewed.

Yesterday Driscoll returned from holidays and addressed Mars Hill via a pre-recorded message.

“I have begun meeting with a professional team of mature Christians who provide wise counsel to help further my personal development and maturity before God and men,” Driscoll told the congregation.

Guy Mason, founding pastor of Melbourne’s City on a Hill and member of the Acts 29 Network has known Mark Driscoll for some years.

He writes: “I’m tremendously thankful for Pastor Mark. His generosity and influence in Australia is appreciated by many. I am reminded today of my own frailty and need for Jesus. We are all ‘jars of clay’ who live and breathe to magnify Jesus. Praying for Pastor Mark, his wife Grace and the children. God’s grace is anew everyday.”

Other members of the Acts 29 network have been reluctant to comment.

The news of Driscoll stepping down graced the front page of the New York Times on Saturday with the attention-grabbing headline:  ‘A Brash Style That Filled Pews, Until Followers Had Their Fill’.

The article quoted renowned New York Presbyterian Minister Tim Keller, who said of Driscoll: “the brashness and the arrogance and the rudeness in personal relationships — which he himself has confessed repeatedly — was obvious to many from the earliest days, and he has definitely now disillusioned quite a lot of people.”

Driscoll has been booked to speak at Hillsong Conference in Sydney next year. It’s yet to be confirmed whether the booking will remain following investigations. He’s told his church he won’t do any outside speaking for the foreseeable future and will postpone the publication of his next book.