How much would you pay for an old Christian record?

This week, we look at the world of collectible Christian music to find out what’s in demand.

In the world of rare and collectible Christian music, there’s no single standard that determines what something’s worth. Condition, provenance, editions and signed copies all contribute to music’s status, but items that are out of print, a limited edition, or simply in demand attract the highest prices.

According to Amazon.com some of the legends of American Christian music – Leslie Phillips, Phil Keaggy, Evie Tornquist, Larry Norman and Glass Harp consistently attract high prices. For example, a DVD of Glass Harp’s Live 1972 performance attracts close to $600. And the 2005 CD reissue of their self-titled album regularly goes for more than $300.

A paperback sheet music collection of 40 songs from the woman who once sang about being “four feet eleven and going to heaven” –Evie Tornquist– attracts $500 for Evie Complete.  Her best-of album Our Recollections, once commanding $25 at Word in Australia, today regularly gets more than $200 on international site, and her Christmas Memories collection attracts a similar amount.

Larry Norman, Randy Stonehill, Barry McGuire, Petra, the Second Chapter Of Acts and Britain’s After The Fire also fetch high prices from collectors who willing to part with $100 to more than $300 for some CD and vinyl titles.

Leslie Phillips, who changed her name to Sam Phillips, attracts significant interest across a range of titles. Her Dancing With Danger gets close to $500 for a new CD and just over a $100 for a used one. 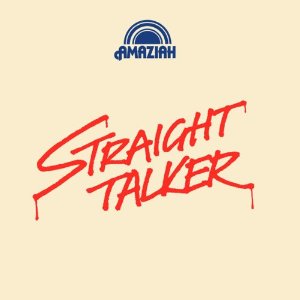 But the jaw dropper at #1 is a little known British band called Amaziah. Their Straight Talker album has been spotted on Amazon going for a $1000 and even as high as $1500 with its original cover.

But what about here in Australia? Christian music promoter and author Vic Campbell says the most valuable items are vinyl albums by Christian artists on mainstream labels.

“I think some of the things that would have value to collectors of Christian music memorabilia would be anything on vinyl from Larry Norman, possibly Only Visiting This Planet on the Verve label or So Long Ago the Garden on MGM. A Larry Norman autograph would be worth a fortune because he didn’t like to give autographs.”

“I also think that perhaps a Stryper bible would have some value. ”

Broadcaster and music historian Martin Fawkes believes the most collectible items are concert and publicity memorabilia.

“Oh you’ve got to wonder how much one of Leon Patillo’s silver lame jumpsuits would be worth?”

“I remember back in the late 80s, Amy Grant’s put out her album Lead me On, it sold so well, her management arranged for gold albums to be presented to retailers, to the people who sold her CDs. And they were all hand-signed by Amy herself and found their way onto the underground market very quickly.”

“I think the most the most collectible out of anything is the probably leopard print jacket that Amy Grant wore on the cover of her album, Unguarded in the mid-80s. An iconic image, and I wonder where that is these days.”

As you can see, there are many reasons people collect Christian music and memorabilia.

Some do it for pure enjoyment; some for investment; some to preserve the past, others to expand their social circles; some simply enjoy the quest, while others collect for professional purposes because they’re journalists, radio announcers, or musicians.

Without these powerful motivations, many of the world’s great museums and libraries wouldn’t exist today.

Click here to listen to more details with Cam Want on TRAA NEWS.