Reaching for the unreached

Many people from other parts of the world think of Australia as a ‘Christian country’ but stats from the Joshua Project reveal Australia is home to no less than 16 unreached people groups.

If you like food, go to a restaurant of one of the groups and be friendly. Smile..

The Joshua Project is an organization seeking to highlight groups around the world with the least followers of Christ. Its new website, launched this week, provides maps and lists of all the world’s known people groups.

According to their definitions, an unreached people group is one in which “there is no indigenous community of believing Christians with adequate numbers and resources to evangelise this people group.”

Another indicator The Joshua Project uses to determine an ‘unreached people group’ is if it has  “less than 2% Evangelical Christian and less than 5% Christian Adherents”. The less numerical definition takes into account the significant influence small percentages of people can sometimes have. 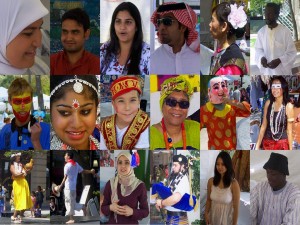 The statistics reveal that while many Anglo-Australians have been exposed to the gospel, there are a range of people from non-English speaking backgrounds living in Australia who remain ‘unreached’.

Richard Hibbert, Head of SMBC’s School of Cross-Cultural Mission says if you didn’t know about these groups, you can be forgiven for your ignorance.

“Every society has its own ethnocentrism, and an ignorance of what’s going on elsewhere. How can you have an understanding until you have exposure? Until you have friends among other people groups you don’t really think about them, it’s like a parallel universe. If you’re a case worker you’ll know them, or a doctor, but why else would you have met them?”

To befriend people from these unreached groups requires a lot of effort and intentionality. Richard says when we’re busy with our existing ministry, friends and work, it can be hard to find the time, and it requires lifestyle adjustment, particularly if they have limited English.

He says a first step could be to find a restaurant owned by people from one of these groups, to frequent it, and make friends.

“If you like food, go to a restaurant of one of the groups and be friendly. Smile. You can be much more open and forward with people from collective identity cultures than maybe westerners are used to being. You can ask for someone’s phone number and ask them to hang out—it’s not considered strange.”

He says the key is to discover where they hang out, and to pray God would open doors. Based in Sydney’s west, Richard has been spending time with people from one of these Muslim background groups for eight years now, but says only recently has a group formed which meets regularly at different times each month.

“We have a BBQ once every 3 or 4 weeks, and it’s a 4 to 5 hour extravaganza with food and football and talking, and then we share a Bible story and talk about it together.”

The group also runs conversational English classes, while some play indoor soccer together mid-week, and Richard shares tea and talks to some of the men on Tuesday afternoons.

And just in case you feel torn between staying here or going overseas, Richard says that decision should be left to God and your wisdom.