My journey out of prostitution

I was a shy young girl. I loved drawing and everything creative. I was gregarious and a book lover.

I didn’t choose prostitution: it was chosen for me by a mixture of the 1990’s Western culture, sex-positive feminism and a longing to be loved by my biological papa who abandoned my siblings, my mother and me. Poverty chose for me. Anger chose for me. Sexual addiction chose for me.

My secret transition to prostitution was a relatively easy one: if I can have one-night stands and “friends with benefits”, why not be paid for it?

I was going to make all the men pay for the child support money my father never provided.

Over the course of my hidden life in prostitution I had recurrent flashbacks of the impact of my father’s behaviour on me. Recalling his attitude in the times my mother was willing to discuss the way he behaved towards us after he left, she mentioned how he had, in a drunken rage, threatened to kill us all. Many times.

I lied to many friends; basically to everyone. Adult entertainment “workers” know how to bluff happiness. Remember why you lied last time? Most people do. In prostitution, it is compulsory to the trade. As daily sexual harassment, we do not report being conned or violated as it is part of “the job”. Rape and violence really are occupational hazards. I also had to put up with foul-smelling clients, nervous, dangerous men on hard drugs, men who drugged me without my consent.

Big shot millionaires who own famous Australian businesses ordered me around like a submissive dog in training. I had to fake orgasms, fake love, be the girlfriend experience those lost souls were longing for. 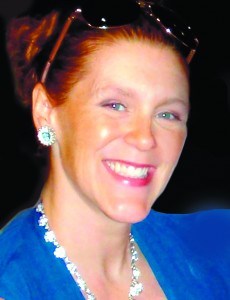 I got many sexually transmitted diseases, including herpes, which I caught in 2005 and is incurable. Men were blind to my pain and I was blind to their emptiness. I wanted out so much. I had initially thought I’d do this only until my student debt was paid off. But two years into prostitution, I read a Bill Hybels book given to me by a university friend.

“How can an educated woman be a Christian?” I asked myself.

You may be a radical atheist like I was, or perhaps you might be angry at the church. But not all churches are “the” church. And faith is not “the church”; it is about a person’s personal relationship with God. But then, a day comes when the joy of knowing Jesus cannot be held inside your heart anymore.

This is the day when you feel no shame in sharing the goodness of having accepted his heavenly father as your Saviour.

This is the day when Jesus becomes the answer to your pain, and when you truly want others to also feel this incredible relief it brings to know him, to know that he carries all our sins onto his hands, onto the cross, where he died, just for us.

Through secular organisations’ support, and intense, regular prayer and counselling, I found a mainstream job in 2009 and was healed from the oppression I was a victim of. I never looked back.

2010 was the year I became prostitution-free. My healing continues as I support others in their marathon effort to transition out. With time, pain fades away.

Jesus was and is a warrior for social justice. With him there is no more fear, no more anxiety, no more need for revenge, no more hatred, no more shame in our hearts. Just love.

Through God we learn to love others and ourselves, sacrifice some of ourselves, forgive, see the light and express anger in healthy ways. This is me. This was and this is still my prostitution rehab.

I now volunteer for Pink Cross Foundation Australia and I speak to numerous former or current prostituted people and addicts as well as those who call themselves “sex workers”.

It looks glamorous at the start but the ongoing use of our bodies without consideration for our mind and soul is extremely destructive for a person’s life. I don’t want any woman in this lifestyle going without knowing there is support, and real options, available instead of selling sex because they are coerced or for survival.

God has clearly spoken to me to carry my cross like Jesus has. The stigma that prostitution carries makes this cross very, very heavy. I do need help to carry it. I want to be a voice for those who don’t have one, and to serve them the way Jesus served others.

My vision to help others also stems from radical feminism, where we oppose the sexualisation of women’s bodies and raise public awareness about rape and violence against women.