The church’s response to domestic violence has stepped up in recent years, especially since the 2016 Victorian Royal Commission into Family Violence.

Following the commission’s specific recommendations for faith communities, many church denominations have made resources and strategies available to their parishes.

However, as statistics on domestic violence (DV) in the church are so hard to come by, it’s hard to tell whether these changes have made any difference at a local church level.

Most importantly, has it improved the experiences of churchgoing victim-survivors of DV?

“… It was interesting that the same Scripture can be used to hold a woman or to free her.” – Wilma Gallet

“Most denominations have put together packages [on DV] as a guide for the clergy and they’ve made reference to misusing Scripture to justify violence. But it’s got to be deeper than just an awareness raising or a training course. So we thought what would really affect cultural change?” says Wilma Gallet, lecturer at the University of Divinity and creator of a new program designed to help make churches safer communities for DV victims and survivors.

It will examine churches in-depth and follow up with workshops based on the latest research and the lived experience of survivors.

Taking a closer look at the local church

The program was launched thanks to an $80,000 Restoring Sanctuary Innovation Grant from Anglican Deaconess Ministries (ADM), a Sydney-based Christian women’s foundation. The aim of the program, according to Gallet, is to create church communities “where victim-survivors of domestic violence feel safe, believed, included and loved”.

“We’re looking at working with 15 churches across Australia, from all denominations and in different areas of the country. We want ethnically diverse churches as well, because there’s some added issues there when you’re looking at culturally and linguistically diverse populations,” Gallet explains.

“We want to look at conservative churches as well as progressive churches … I’m also really keen to get churches where there might have been a case of domestic violence and it wasn’t handled very well, for the purposes of really focusing on cultural and attitudinal change.”

In developing the program, Gallet will be supported by Nell Kuilenburg, manager of a Christian women’s shelter. For the past decade, the pair have run workshops across Australia through the Salvation Army on the impact of DV on children. Input will also be given by psychologist Christine D’Souza, who has experience training churches about domestic violence, as well as the Christian Research Association.

Importantly, the program is also being designed in consultation with a group of seven women who were in violent relationships and attending church regularly (in different denominations) with their husbands, while the abuse was occurring.

Gallet has conducted several Zoom meetings with these women – where they answered questions such as whether their husband ever used Scripture as a way of justifying his behaviour, which Bible verses they used and how their church could have better supported them.

“All of them cite the church’s teaching on divorce as a reason for them staying [in the marriage] and how they would feel that they’re breaking their vows to God if they left. They also talked about, obviously, [the idea of] male headship,” says Gallet before referring to a key New Testament passage linked with views of “male headship”.

“But, interestingly, one of the women mentioned the fact that it was Ephesians 5:21-33 that made her realise that she could leave the marriage because her husband wasn’t treating her the way Christ cherishes and loves the church – so, therefore, the marriage was not a Christian marriage. So it was interesting that the same Scripture can be used to hold a woman or to free her,” shares Gallet.

Through this feedback, and their own research findings, Gallet and her team are compiling a resource kit for churches, and a workshop manual for church leaders and congregation members.

Overall, Gallet’s program is comprised of four stages, with the first being a a congregation-wide confidential survey.

“This will look at things like how people understand the concept of male headship, and do they think there are Scripture verses that are used to justify or almost excuse violence against women,” says Gallet. “There’ll be a question relating views on divorce and a question on whether or not you think the leadership in your church is equipped to deal with issues around domestic violence.

“One woman is killed by an intimate partner every nine days in Australia.” – Wilma Gallet

“The second part of the program is to sit down with the church leadership team and get a bit of an understanding of their theological bent … and to see whether they’ve had any experience with domestic violence and how that went. Also, to get a better understanding of the demographics of the church.

“From there, we’ve put together a one-day workshop [stage three], which will be tweaked depending on the previous two phases. We’d like as many congregants as possible to attend the workshop.

While the workshop will acknowledge that men also can be victims of domestic violence, Gallet adds: “Statistics suggest that women are more affected and the violence perpetrated against them is more serious. One woman is killed by an intimate partner every nine days in Australia.”

Based on Gallet and Kuilenberg’s expertise, the workshop will also explore the impact of DV on children.

The afternoon session of the workshop focuses on “some of the blockages that prevent a woman from reporting domestic violence if she’s in a Christian marriage or she’s a churchgoer.”

Gallet notes that 75 per cent of women never report incidences of domestic violence, adding “I suspect the lack of reporting might be even higher within the church.”

She puts this down, in part, to the judgement women feel because of common “myths” around domestic violence.

“There’s a high percentage of attitudes that say, ‘well, if it was that bad, why didn’t she leave?’ [In the workshop] we discuss five areas which are part of the reasons why she doesn’t leave: because of fear, faith, finances, family and fidelity.”

“The other myth is ‘she must’ve done something to deserve it – it’s the way she dresses or if she wasn’t such a nag’, and so on. So we’d like to see those attitudes totally gone.”

Another reason why women in churches don’t report abuse is (as previously mentioned) “the misuse of Scripture to justify violence – so Ephesians 5 and Colossians on the doctrine of male headship.”

“We look at that closely in the workshop, as well as what the Bible says about developing harmonious relationships. The afternoon session is about walking with those individual congregations so they can look at what ‘sanctuary’ might look like for [DV victim-survivors] in their context. So making sure that women feel safe, physically, emotionally, psychologically, spiritually …

“We sit with a church and say, what will safety look like in your church? What does acceptance [of DV victim-survivors] look like? How do you understand trauma and how do you help victim-survivors develop trusting relationships?”

According to Gallet, this is the point of difference of their program when compared to other DV information and guidelines given to churches.

“There’s an actual framework for them to implement, so it’s not just knowledge based. It’s about implementation and really encouraging them to take it forward.”

This is evident in stage four, where “we spend some more time with the church leadership team, giving them some support and advice around their DV policies,” says Gallet.

“We’ll look at developing a local action plan, where they might appoint a contact person for anyone who is experiencing domestic violence. So there’s a person that they can go to who can mediate between them and the pastor. It may also be around things like designating one Sunday in the calendar where they’ll preach on domestic violence and respectful relationships, and helping the church make connections with local community groups, DV services, the local police, local government, and so on.”

After the program, an external evaluator will return to churches to assess the program’s impact – “to see whether or not there’s been any change in knowledge, but also attitudes,” Gallet clarifies. 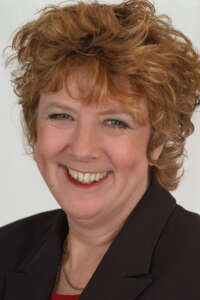 Unfortunately, COVID has thrown a curve ball into the planned rollout of the program that, ideally, is done face-to-face with church staff and congregations.

When asked what a successful outcome from the program would look like, Gallet responds: “It would be hearing people in the congregation say, ‘We had no idea that this was happening, that abuse would occur. But now that we know, we’re going to make sure it never happens, or that women are safe and welcome here.’

“So it would be seeing these churches become truly inclusive, welcoming communities of faith and not judging people, based on whether they’re a single parent or divorced, and also not blaming [victim-survivors] …

“And to hear clergy say, ‘I’m really careful now about how I preach on divorce’ or ‘I’m sensitive to the fact that there may be someone in the congregation who has experienced abuse.'”