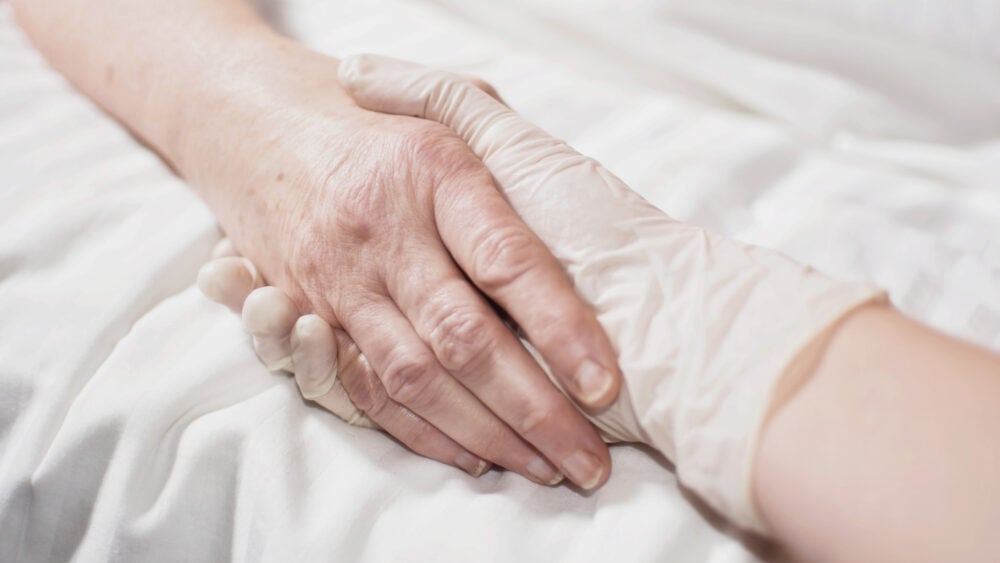 The Australian Christian Lobby has denounced euthanasia legislation passed this week by the West Australian parliament as “the most dangerous and unsafe in the world”.

“Patients may take the lethal medication without any supervision …” – Peter Abetz

Eternity has been able to verify that doctors and nurses will be allowed to raise Voluntary Assisted Dying (VAD) with patients but an amendment was passed that ensured they could do so only if they outlined treatment and palliative care options as well.

In Victoria, health care practitioners are not permitted to initiate discussion of VAD with patients but only respond to a patient’s requests.

The West Australian amendment came about as a compromise after an amendment for doctors not to be able to raise the subject was defeated.

The defeated amendment was moved by Labor MP Tony Buti, who has a daughter with a mild intellectual impairment. He was concerned she might be swayed into considering VAD by a figure of authority such as a doctor if she were facing a terminal illness.

In an article based on his second reading speech, Buti said: “My eldest child has a disability. Her name is Alkira and later this year she turns 26. She is in many aspects a capable person. But it is doubtful that she will ever be able to live independently.”

“When I think of Alkira’s future without [my wife] Mandy or I being around, I become anxious. Unless you are in a similar situation, it is difficult to truly understand the anxiety we as parents have on that front.

“I worry how someone like Alkira, and for that matter, many elderly people, may be susceptible to being unduly influenced into prematurely ending their lives, even if only by weeks.”

Buti told Eternity that while the amendment that was passed did not go as far as he wanted, it was much better than what was in the original bill.

However, Abetz said ACL had many concerns about the lack of safeguards in the bill.

“Patients may take the lethal medication without any supervision, which even controversial legislation in the Netherlands does not allow,” he said.

“The medication is left with the person and that can be taken at any time that suits them without anybody being present – and even the Dutch don’t allow that.

“Some people have complications when they take the poison so, just from a patient welfare perspective, it’s not a safe thing to do. There should be a doctor present.

“It’s a poison that can kill people and should that just be left in the patient’s top drawer, or wherever – there’s a safety issue.”

A spokesperson for WA Health Minister Roger Cook said Victoria, Canada and nine US states all permit self-administration, and allow the person to take the medication home.

“There is no evidence from the overseas jurisdictions that this cannot be managed safely. In WA, Schedule 4 and 8 poisons, which will make up the voluntary assisted dying substance, are already dispensed to people and many keep them at home. The WA Bill incorporates elements of the Medicines and Poisons Act into the legislation which offers increased security around the lethal substance.

“A safety Plan for the medication will form part of the administration process and it is also a requirement under the code of conduct (Medical Board of Australia) for practitioners discuss management options with their patients. This code is issued under section 39 of the Health Practitioner Regulation National Law Act 2010.

Christian aged care services such as Bethesda Health Care and St John of God in WA have already said they will not permit voluntary assisted dying to take place on their premises.

However, Abetz is concerned that while doctors may refuse to offer VAD out of a conscientious objection, they are required to provide information to a patient about how to end their lives.

“It doesn’t protect the conscientious objection of doctors because they are required to be an accessory to a person’s suicide,” he said.

“The legislation says that if you have a conscientious objection as a doctor, you still have to provide the patient with the information from the Health Department that will show the person how they can go about ending their life – and that makes the doctor an accessory to someone else’s suicide.”

He said this flies in the face of the Criminal Code under which it is a serious offence to be an accessory to suicide.

“If I, for example, were to say to somebody who wants to end their life prematurely, ‘I can print this off the internet and here it is’, I can go to jail or get a $10,000 fine … and yet a doctor is obligated to provide that documentation. We think that is a serious issue.”

“This is consistent with Medical Board of Australia and AMA professional ethical obligations of doctors who are required to not impede access and to provide sufficient information to patients.”

As in the Victorian legislation, a person who is diagnosed by two doctors as having a condition likely to cause death within six months (or 12 months for a neurodegenerative condition) is eligible to access VAD.

“… They would not be in the best position to make an informed decision.” – Peter Abetz

However, Abetz claimed that there was no provision in the legislation for a specialist in the condition the patient was suffering from to be involved in making that diagnosis.

“So if you’re dying of cancer, you can get two orthopaedic surgeons to decide that you are going to die within six months – and yet they’ve got no expertise whatsoever in that field. We think that’s absolutely appalling.”

However, the ministerial spokesperson denied this.

“The Bill requires the doctor to refer to a registered health practitioner with appropriate skills and training, where the first doctor is unable to determine diagnosis or prognosis.

“The Bill also provides that a doctor may have regard to relevant information prepared by another health practitioner.”

Abetz said there was no need to check whether the person was suffering from depression, when they would not be in the best position to make an informed decision.

However, the ministerial spokesperson said this was also false.

“Each of the doctors must assess decision-making capacity, including whether there is any mental illness that may potential impair capacity.

“The Bill provides that where there is doubt about capacity, there must be a comprehensive assessment of the person in accordance with the assessment process provided under the Mental Health Act 2014.”

Abetz added that there was no provision in the legislation to require family members or the treating doctor to be informed of a patient’s decision to end their life through VAD.

He was also concerned that there was no provision for checking if a person had been coerced into accessing VAD, other than asking a direct question.

“Say an elderly mother is dying of cancer and she’s got a significant estate, and if the son has a business that’s struggling financially but he knows he’s the beneficiary of the will, he can say ‘hey, mum, don’t you really think you should be ending it for yourself because you’re really suffering.’ You know, can talk her into it … there’s lots of subtle ways that people can be coerced.”

“All the doctor has to do is ask ‘have you been coerced?’ and if a person says ‘no’, there’s no further questions need to be asked.”

The ministerial spokesperson said participation in voluntary assisted dying must be completely voluntary.

“There are two independent medical practitioners required to assess whether a patient is acting voluntarily and without coercion. Furthermore, these clinicians may refer the assessment to a practitioner skilled in this area if they are of the opinion that they cannot make an accurate assessment themselves. They may also refer the matter to existing authorities, such as the WA Police, if they believe that a patient is being coerced to undergo voluntary assisted dying.  The Bill makes it a crime to unduly influence a patient in such a manner.

“GPs are well placed to identify patients at risk of, or experiencing, elder abuse.  There are clinical screening tools that are suitable for use with older people and can be readily incorporated into assessment procedures. This would form part of the mandatory training.”

Abetz urged the parliament, media and authorities to apply the strictest scrutiny during a planned 18-month implementation period for the legislation. He also commended the courage and determination of the 11 Legislative Councillors who voted against the VAD Bill.

“The Bill sets a very dangerous precedent, leaving practical details of implementing the VAD scheme to the discretion of the CEO of the Health Department, avoiding parliamentary scrutiny,” Abetz concluded.

“It now falls to the press, parliamentary bodies, authorities and the public to be vigilant every step of the way along the implementation to highlight what Britain’s House of Lords concluded, namely that it is simply impossible to make such legislation safe.

Assisted dying will be legal in 2019