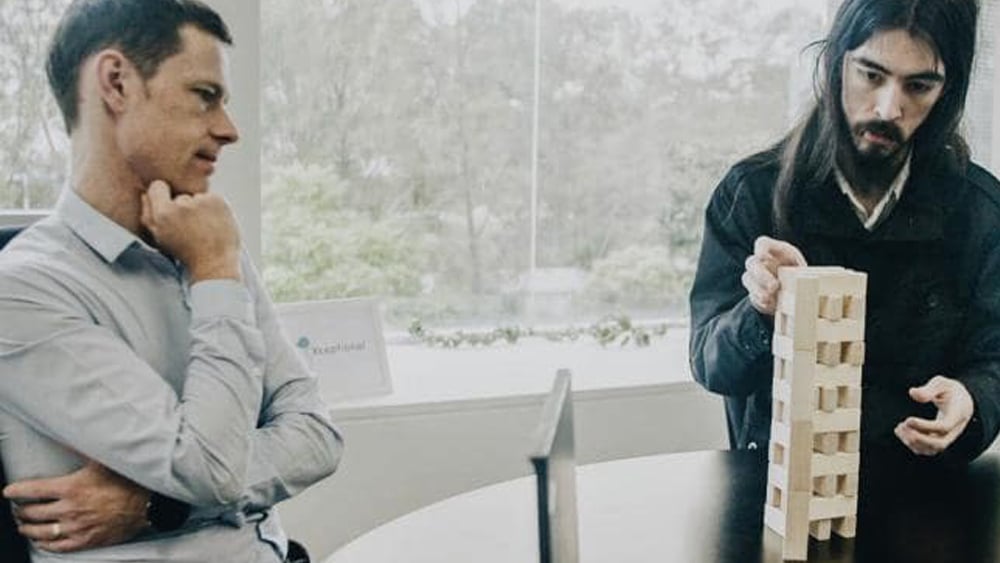 “Sydney man Tim can’t handle being touched, shaking hands or leaving home. His search for a job will leave you in tears.” is how the Daily Telegraph introduces its story about the ABC’s new series Employable Me.

The series follows neuro-diverse people seeking jobs, and Tim Walton’s story was the standout of the first episode.

Tim lives with autism which, in his case, means he finds loud noises unbearable, and even shaking hands is a trial. Working in an office with other people is so difficult that Employable Me shows him unable to keep a dream job, working as a games tester in the Sydney CBD.

But he gets another chance. Mike Tozer is CEO of Xceptional, a software testing firm that describes itself this way: “At Xceptional we recognise the unique strengths of people on the autism spectrum such as enhanced pattern recognition, sustained concentration and precision are often overlooked. We see the world differently.”

So it is no wonder that Tozer knows how to “interview” Tim. Employable Me shows Tozer putting Tim through his paces with building blocks and dice – to test his “enhanced pattern recognition”.

Cut to the chase and Tim starts work with Xceptional. Eternity can reveal a key fact that the ABC viewers won’t know: The very first website that Tim tested in his new role was the Bible Society Australia website. You can see what Tim tested here.

“We were delighted with their work,” says Mark Dando, Chief Digital Officer at Bible Society Australia. “Tim found a bug in one of our services he tested. The people Xceptional employ have really great skills for software testing.”

Tozer tells Eternity that there are two Tims working at Xceptional. The “other” Tim is Tim Evans, also with autism and who also did his first work with a Bible Society product – the Eternity News site that you are reading.

Mike, who is a Christian, has a sister and a son with autism. He tells Eternity that both his faith, and his sister and his son, inspire his work.

And here’s another link to Employable Me: this writer’s neuro-diverse daughter, who like both the Xceptional Tims lives with autism, looks forward to seeing how Marty (who plays Special Olympics tennis with her) fares in a future episode.