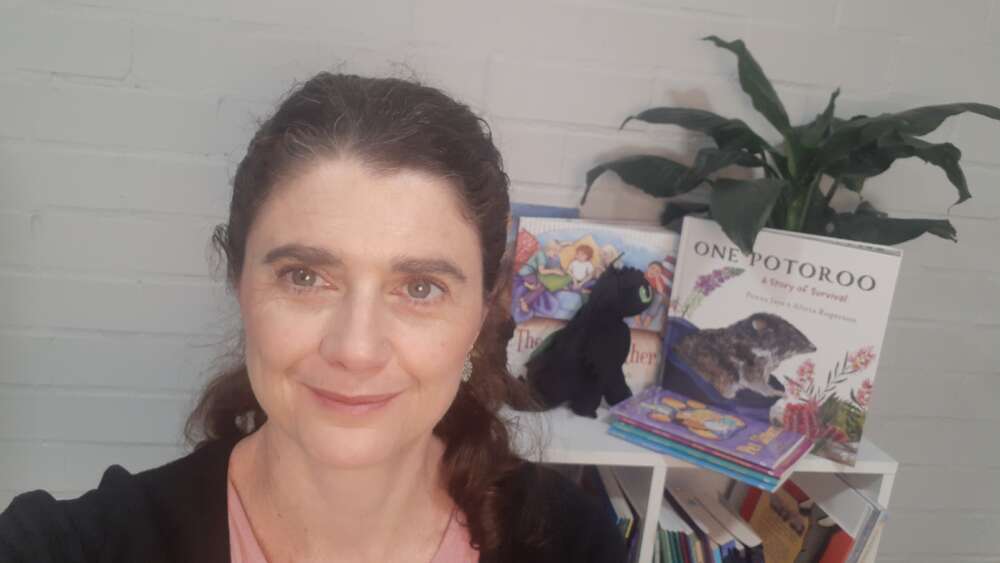 The last time I interviewed Penny Reeve, the prize-winning children’s and young adult (YA) author bemoaned the absence of Christian spirituality in the literature for young people.

“In children’s and YA fiction, it seems to be the case that Christian characters are either stereotypically useless or they’re just religious, and so children are never given the opportunity to wonder about whether following Jesus actually does anything to your life. It’s a trend around the world, but in Australia especially we silence questions about spirituality and particularly in our YA fiction,” she told Eternity in 2019.

Now, as one of five women awarded a 2022 ADM Fellowship, Penny is embarking on a project that she hopes will fill a significant thematic gap in YA fiction.

ADM Fellows are provided with office space and a bursary, along with a tailored professional and theological development program as well as the opportunity to raise matched funding from their employer or group of supporters.

“[YA] tackles the tricky themes head-on, and yet remains frequently silent when it comes to spirituality and faith.” – Penny Reeve

Penny will use her ADM Fellowship to creatively explore the ways adolescent protagonists and narrative plots can interact with spiritual questions. Her project will set spiritual questioning alongside common YA themes such as coming-of-age, identity, power and purpose.

Grounding her creative practice in scholarship and research, Penny hopes to eventually create an anthology of stories that could be a safe literary space for adolescent readers to consider faith, doubt and belief.

“Young adult literature is known for its edgy nature. It tackles the tricky themes head-on, and yet remains frequently silent when it comes to spirituality and faith. My aim is to research and write a series of thought-provoking and entertaining short stories exploring the role and place of spiritual questioning. And to demonstrate to readers that it’s okay to wonder about spiritual things and to engage with the wrestling of doubt.”

“Out of the Cages is a story about human trafficking and I chose not to raise spiritual themes in that book. It was thematically heavy enough,” she explains. “But as a Christian writer, everything I write comes from a sort of grappling that I’m doing in my own spiritual journey. As I was writing Out of the Cages, I was really conscious of Galatians 5:1 – it is for freedom that you have been set free. I see the novel as a parable about what we do with the freedom that Christ has given us. Christians may see it in the writing, but it’s not overt in any way.

“But with this new project, I’m hoping to write and think very deliberately about how spiritual questioning might impact character development, plot and coming-of-age narratives.”

“The teenage years are the years that you start thinking about what you believe. Why do you believe it?” – Penny Reeve

Penny tells Eternity that she wants to build on the research she did into young adult fiction for her Master of Arts in Writing and Literature from Deakin University.

“My master’s research considered how Christian spirituality has been represented in young adult fiction. I noticed there was a real gap in the scholarship and YA literature where spirituality is concerned. In the general market, religion may be used as a setting, or it might be something a young person needs to break away from in order to find their own identity, but in terms of a character grappling with their own spirituality? Those questions are either raised and ignored, or not raised at all. And that sort of contradicts the research in adolescent development, which says the teenage years are the years that you start thinking about what you believe. Why do you believe it? And so on.”

So part of Penny’s Fellowship project will be embarking on PhD research into the role spiritual questioning can play in coming-of-age narratives, and thinking about how can she can write in that space to allow those questions to exist.

“If young people are thinking about spirituality, and we know that they are, then why can’t their narratives also reflect or include some of that?” she says. “We don’t always need a fiction that tells us what to believe. In fact, we typically don’t want fiction to tell us what to believe. And we don’t always need fiction to lead us step-by-step through a spiritual process to come up with a certain belief. But can our fictions raise questions? Can they represent the real-life questions that young people might have about doubt, about belief, about God, my place in the universe, eternal life? Can they raise these questions in a way that doesn’t just seem like they’re tacked on with sticky notes, but are actually integral to the character development and plot?” Penny Reeve on a writers’ retreat

With many young people considering faith in their formative years, Penny says it’s very natural when trying to authentically represent a character in YA fiction that you would represent their spirituality, as well their romantic interest, or what they’re going to do when they grow up.

One novel Penny discovered during her research was Clare Zorn’s The Sky So Heavy, which she says does a brilliant job of raising spiritual questions. Another is The Truth About Peacock Blue, by Rosanne Hawke. Both books she recommends, even for readers who might not consider themselves ‘young adults’ anymore.

“But I haven’t seen very many books like that. And so that’s why I’m keen to explore how spiritual questions can contribute to YA literature, and what we might achieve by raising such questions.”

Penny says spirituality can influence the values and direction of people’s lives. It often determines what they choose to believe in and fight for.

“Spirituality impacts everything we might be passionate about. Whether it’s our feelings about looking after the world and action towards climate change, or our beliefs about eternity and who God might be. Spirituality is connected to all of these things in such a complex way, I think it’s a fantastic thing to explore in fiction.”

While Penny has observed that children’s and YA novels tend to contain a deeper meaning or life lesson, that message can at times feel underdeveloped.

“Sometimes these lessons are verging on spiritual, but they’re not quite there. They leave the really big questions hanging. I’d like to see if we can push things just a little bit further. To encourage young adult readers to take that next step; to keep thinking, keep asking questions, keep growing, keep seeking. If a reader got to the end of one of my stories and that was their attitude, I’d be very happy.”

You can find Penny Reeve’s books at Koorong here. Her websites are www.pennyreeve.com and www.pennyjaye.com

How a missionary kid found her calling in writing