In this article, we present two opposing Christian perspectives on the Religious Discrimination Bill currently before federal parliament.

From a progressive stanpoints, Elenie Poulos, a Uniting Church Minister and independent researcher on religion and politics, considers the problems that she sees in the Bill. These views are Elenie’s own and do not necessarily reflect the editorial standpoint of Eternity News.

But first, Vanessa Cheng, Executive Officer at Australian Association of Christian Schools, answers some questions from Eternity about the operation of the bill in Christian schools.

How do you see the Bill being applied to same-sex-attracted staff and students of Christian schools?

There are a lot of myths circulating around the impact of the Religious Discrimination Bill that are simply untrue and fearmongering. The Bill does not address a person’s sexual orientation, gender identity, or other attributes as these are covered in the Sex Discrimination Act 1984 and will be subject to a review by the Australian Law Reform Commission in the future.

The Bill will not hand Christian schools a ‘sword’ to fire same-sex attracted staff or expel same-sex or transgender students, rather, it provides a ‘shield’ to protect schools from being accused of discrimination if they choose to preference Christian staff who share the beliefs of the school. The majority of our schools are open enrolment and welcome students from a wide range of backgrounds; however, to maintain a distinctly Christian school culture our leaders need to be able to employ Christian staff with a shared vision for the school. 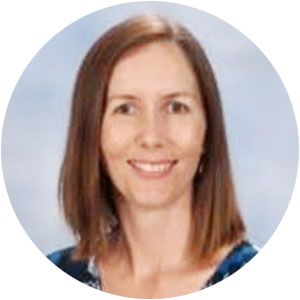 The Bill is good news for Christian schools because it will protect our ability to continue hiring Christian staff without the threat of fighting lengthy, expensive discrimination claims in the courts.

The Bill will allow religious schools to operate in accordance with the tenets, beliefs, and teachings of their faith and should not impact our schools’ teaching on sexuality. Like most Christian churches, our schools affirm and teach their belief that the best expression of sexual activity is within a heterosexual marriage. We understand that this teaching may be challenging to some students, regardless of whether they are same-sex attracted or not.

Our schools are transparent about their beliefs when parents enrol their children in our schools and parents make a deliberate choice, and a financial commitment, to choose a faith-based school because they want these values taught to their children.

We recognise there are many elements of the Christian faith that may be unpalatable to some people and even cause offence, not just around the topic of sexuality. As Christians, we are called to honour God in our expression of how we see the world and humankind’s purpose in it. Students are free to agree or disagree with the beliefs of the school and often do! We are not trying to impose or coerce a particular response from students. Regardless of their students’ faith position, our staff are committed to loving and caring for all students. The benefit of the Religious Discrimination Bill is that it protects the fundamental human right of all Australians to live and act in accordance with their own religious beliefs.

What do you think would be an ideal situation in a Christian school for balancing the rights of Christians who hold a non-affirming view of same-sex relationships with the rights of and care for same-sex staff and students?

Christian schools are communities where there are divergent opinions and beliefs about a wide range of issues. Christians don’t always agree on everything. Contentious and topical issues are often discussed in the staffroom and the classroom in a respectful way. However, our schools have an established mission and statement of faith outlined in their governing documents which clearly articulate the beliefs a school holds to be true.

For there to be consistency in our teaching and practice, all staff commit to live in a way that supports the school’s statements of faith when they choose to become a part of that school’s community. School leaders would encourage all members of the school community to respect differences of opinion while also being careful not to undermine the beliefs of the school.

Is it possible to maintain a totally Christian community in the current world?

It is not the purpose of our schools to create Christian ‘bubbles’ nor do we believe that is even possible on this side of heaven.  Our schools were established by Christian parents and churches who desired an education for their children based on values and beliefs that aligned with their own. But to deliver our holistic faith-based educational model our schools require all staff to be Christians so we can have integrity and consistency across our teaching and learning program.

Our schools strive to maintain a Christian workforce, but it is not the expectation that all our students will be Christian as many of our schools have an open enrolment policy and a ‘missional’ focus. Our schools seek to teach and model a ‘whole of life’ experience of the Christian faith both within the school grounds and beyond the school gate to share the Gospel message of hope and salvation for all who believe and follow Jesus!

The Religious Discrimination Bill is important for protecting people from discrimination because of their religion. This is a gap in Australian law that needs to be filled. But there are legitimate concerns about the expansive protection the bill gives for statements of belief, the clauses that relate to employment and those that relate to religious organisations like schools. Anti-discrimination laws exist to protect people from discrimination and prejudice. They should encourage us to think carefully about how we live together in all our wonderful diversity and to be careful in how we speak to and about each other. This bill does not do these things well.

Most religious schools do not seek to discriminate against LGBTIQ+ children or staff. But some do. Religious schools that promote anti-LGBTIQ theologies do cause harm to students who are (or may be) LGBTIQ themselves, and also those who have LGBTIQ family members or friends, regardless of how carefully those positions are articulated. In this instance, the answer to the question of who needs protection is that LGBTIQ students do. With this bill, the government has failed to ensure that young people are protected from discrimination.

I believe we diminish Christian community if we close ourselves off from the world.

This bill is problematic partly because it is a response to the politicisation of religious freedom. It is also a response to the fear expressed by some Christians that because LGBTIQ people have gained some much-needed protections, their rights will be eroded. Some fear a changing world and changing social attitudes.

I believe we diminish Christian community if we close ourselves off from the world and refuse to be open to challenges from the world around us. The findings of the Royal Commission into Institutional Responses to Child Sexual Abuse are the most recent articulation of what can go wrong in the Church when we don’t listen to those who are vulnerable and those from outside who can see what we can’t.

Sometimes we must change because we have fallen short of being the church God calls us to be – that is, a church that responds to and participates in God’s mission of justice, renewal and reconciliation in the world; a church that reflects Jesus’s love and embrace of all people, and a church that remembers Jesus’ challenge to religious codes that kept people marginalised and excluded.

Christianity has important and relevant things to say about poverty, racism and the environment, for example, that get lost in the focus on controlling people’s bodies and personal relationships.

Christianity is a vibrant and robust and politically powerful religion. Throughout history, Christians have promoted theologies of violence and exclusion and they have promoted theologies of peace and justice. We have 2000 years of changing and developing theologies and doctrines that reflect our constant learning about who God is, and who we are in the face of God and as part of God’s good creation. If we stop learning now, this will be the biggest threat to our Christian faith, not the world or secularisation or changing moral codes.

The Bill (and the public conversation about it and about marriage equality) assumes one particular Christian theology (sadly centred on a small number of morality issues) as defining of Christianity as a whole. I am very concerned by this. Christianity has important and relevant things to say about poverty, racism and the environment, for example, that get lost in the focus on controlling people’s bodies and personal relationships.

I don’t believe that to ‘be totally Christian’, Christian schools or organisations have to hold an anti-LGBTIQ theology. Nor do they have to find ways to protect themselves from the ‘threat’ of LGBTIQ rights and social inclusion. To be totally Christian all we have to do is practise love.

There is nothing for us to fear from the world around us. We have more to fear from our own reluctance to keep asking who is God, who are we as Christians and how can we be better servants for Jesus’s gospel of love.

How a couple learned to delight in God