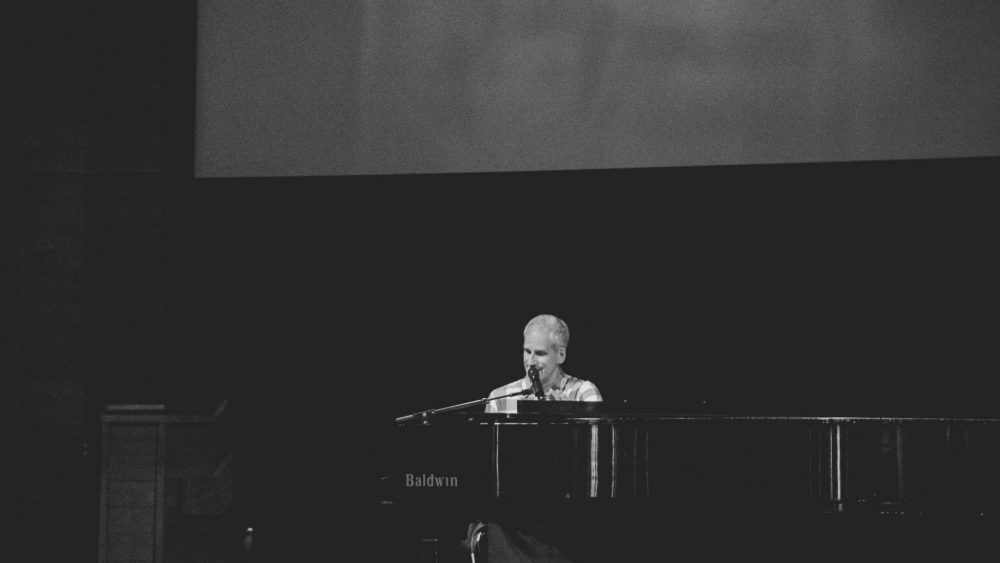 What do you mean by worship?

Bob Kauflin, director of Sovereign Grace Music, says we need to define the experience of worship

What do you mean when you talk about worship? Are you talking about singing on a Saturday night or Sunday morning, among the pews or inside a mini-stadium?

Or is Christian worship something more?

Bob Kauflin is director of Sovereign Grace Music, an American songwriting outfit popular with conservative evangelicals around the world. Jesus, There’s No One Like You, He Is Our God, Behold our God and Show Us Christ are among the biggest numbers from the musical arm of Sovereign Grace Churches, a global movement birthed out of the USA’s eastern states. Sovereign Grace’s impact through its vast output of songwriting is for conservative evangelicals similar to what what Hillsong’s is for many other churches. Some churches sing songs from both sources and more.

“The gathering of God’s people should be an experience – but if you don’t define where that experience comes from and what the motives and goal are, it’s really dangerous and idolatrous.”

In Australia this week as a headline speaker for Oxygen Conference 2018, the chatty and impassioned Kauflin has been trying for decades to expand the horizons of contemporary worship. Kauflin had his own mind blown in the late 1990s by Jesus’s interaction with the woman at the well in John chapter 4, and what he reveals about the “true worshippers of God”.

“There is no mention of music there,” shares Kauflin, who has helmed Sovereign Grace Music for 30 years. “There is no band or orchestra or choir. Nothing, except Jesus. Jesus was saying to the woman at the well: ‘You need me to worship God.’”

While he is careful to point out that Christian worship varies around the world, Kauflin feels comfortable to make a generalisation about the current state of organised worship in his homeland. “Let’s just say the modern church – not the traditional church, staid in centuries-old tradition – and especially the very popular modern churches, there is a move towards describing the meeting as an ‘experience’. You know, ‘after the experience, we’ll grab lunch.’

“The gathering of God’s people should be an experience – but if you don’t define where that experience comes from and what the motives and goal are, it’s really dangerous and idolatrous.

“I don’t think we often understand or appreciate the connection between the health of our Sunday gathering, and the ‘health’ of our people.”

“I think there’s still a lot that needs to be done, in terms of education and culture.”

While leading a major purveyor of Christian music, Kauflin also is in demand as an advocate for whole-of-life worship. At Oxygen, then, he won’t just be talking about preparing music to serve your congregation (although, that is one of his sessions). Speaking through a “pastor’s lens”, Kauflin will also delve into purpose behind church gatherings.

What that can look like in 2018 is helping church-goers to not sink into apathy, formality or hypocrisy. “As leaders I think we have a part to play in helping people meet in a way that is Christ-exalting, spirit-empowered and God-glorifying.” Sounds impressive and grand but, in simple terms, Kauflin is on a mission to encourage Christians to remember that “we are meeting with the living saviour; Jesus is alive.”

“We all proclaim that. So, we are meeting with the true God. He’s present with us.”

Kauflin speaks with a sincerity and passion about Jesus Christ which is steady and magnetic.

His own personal investment in reading the Bible and “knowing Jesus better” has helped Kauflin put his own lifelong love for music in perspective. “The more I do it, the more I just want people to know Jesus – and music is the tool he’s given me for that.”

“I know that Jesus is so much greater so I don’t go to music to meet all those desires; it just doesn’t do it the way that it did it before. I still love music but I used to really love music.”

Sovereign Grace Music also tries to keep its priorities in check. As Kauflin enthuses about never wanting to come to the end of praising Jesus, he is adamant that Sovereign Grace be shaped around what each song conveys, not who wrote or performs it.

“We don’t always get it right but we seek to have every word count, so that if these songs are sung in churches, repeated, people will be fed the word of Christ,” says Kauflin about Sovereign Grace’s “theologically driven” songs. “Because that’s the goal of our songs – to enable the word of Christ to dwell in people richly.”

This focus upon helping people worship Christ, not artists or albums, has not changed throughout Kauflin’s tenure. But just as he continues to try to change misconceptions he sees about what it means to worship God and Jesus, Kauflin at Oxygen also will be discussing how to lead a church through significant change.

This view of his pastoral peers has not been changed by allegations against Sovereign Grace of a culture of covering up the sexual abuse of children.

Since 2012, allegations have surfaced which claim leaders in the Sovereign Grace network, such as co-founders Larry Tomczak and CJ Mahaney, did not appropriately respond to or report sexual abuse. None of these allegations have been proved by US civil courts, as indicated by a Sovereign Grace statements in  February. The first statement also recognised that “It’s extremely difficult to respond to false accusations without appearing unsympathetic to victims of abuse.”).

“We’re aware, as many churches are, that members in some of our churches have been victims of abuse in the past; and we continue to try and learn how to do a more effective job in caring for these victims,” acknowledges Kauflin, who makes clear he is not a spokesperson for Sovereign Grace. But he denies any culture of cover up.

“Absolutely not. I am aware of a number of situations in our churches where abuse was reported in a timely way, civil authorities were appropriately involved, and care was provided for the victims and their families.”

In spite of the recent turmoil at Sovereign Grace Churches, Bob maintains his No. 1 desire: to point people to Jesus “whose substitutionary death and victorious resurrection will be the object of praise for all eternity.”

Nearly 6000 people heard US evangelist Will Graham preach in Kalgoorlie over the weekend. Over…

You sing their songs. Here’s how they write them.

Joel Houston shares the story behind one of the hit songs

There’s no question that what we sing as Christians says something about us.  So, what…

Darlene Zschech could be described as one of the greatest worship leaders of our time.…

Do you sing this song in your church?

Willpower won’t turn a believer into a follower