How an atheist became a leading Christian scholar

As a young teenager, Michael Bird was so anti-religion he would write poetry mocking belief in God. He saw Christianity “as a way of oppressing people, a purely human construct.”

He has travelled so far from this view that he is now a heavy hitter in the world of New Testament scholarship, an expert in the origins of Jesus’ divinity.

At Ridley College in Melbourne, where he is a lecturer in theology, students love him for his jaunty manner and jousting teaching style.

As the author or editor of 20 books, his international stature is such that he recently took on leading American New Testament scholar Bart Erhman in a debate at New Orleans Baptist Theological Seminary on how Jesus became God.

Unlike Erhman, who started as a Christian and became an agnostic, Bird’s faith journey has followed the opposite trajectory.

He grew up in a home where religion was not mentioned often and, when it was, it was not normally in a positive way, and religious door knockers ran the risk of copping a mouthful of verbal abuse.

For Bird, Jesus was a deluded radical or even mythical figure. In his mind, Christian faith was a crutch and a way of people imposing their views on others. 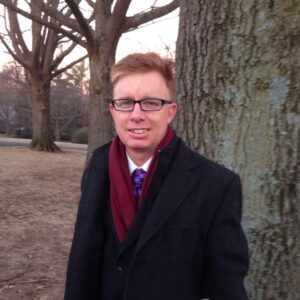 Home life was a mixture of love, dysfunctionality and spasmodic abuse, so Bird left at the first opportunity, joining the army as a paratrooper, where social life revolved around getting drunk and chasing girls.

“I just found that very inane and meaningless,” says Bird.

It was only through “sheer boredom” with this lifestyle that Bird accepted an invitation from a Christian colleague to go to church.

“I’d been on the town with a guy the night before and then got up and I had no idea what to expect,” he says.

“Growing up, pretty much everything I knew about Christianity I learned from Ned Flanders, the Simpsons character.

“I assumed that churches were filled with moralising geriatrics; there’d be a bunch of people who would be sniggering at what sort of fun I’d be having in the evening. And it was nothing like that.”

Bird’s idea of what Jesus was like was shattered when he heard the gospel at the little Baptist church near the army base.

This Jesus was a real person from history who touched upon things that cut close to his heart as he pondered the meaning of human existence.

He was particularly struck by the early church’s testimony to Jesus – that in Christ’s death God had vanquished evil and by his resurrection brought life and hope to all.

Bird had been troubled that the atheistic worldview was meaningless.

“It was pure nihilism, which didn’t match my experience. I like to think of myself as a fairly selfless and chivalrous individual, but I was also aware that I didn’t have any moral basis for that. If we’re nothing more than animals then we can’t really criticise animals for acting like animals.”

For Bird, there was no intellectual strain in the journey from unbelief to faith.

“I was convinced there was a sense of awe, there was a moral fabric to the universe, so a lot of [Christianity] did make sense to me.

“I wasn’t intellectually resistant to the idea; for me it became: Of course, how could it be any other way?”

Bird came to faith at that little church and went on to work as a chaplain’s assistant, leaving the army for theological college in 1999.

For Bird, the attraction of Christianity was not so much a way to be forgiven for his sins but an answer to the meaning of life.

“I didn’t wander around with a heavy weighted conscience looking for a deliverer,” he says.

“To be perfectly honest, I think that aspect is really left over from Christendom. If you live in a Christian context where people are preaching sin and law, then you can have a heavy conscience. But if you live in an amoral world, as I think we do now, I think that the biggest thing that we tend to wander around with is looking for meaning and hope.

“We’re looking for a life that has meaning, purpose, value and hope, which what I would call the consumerised hedonism of our own culture doesn’t provide.”