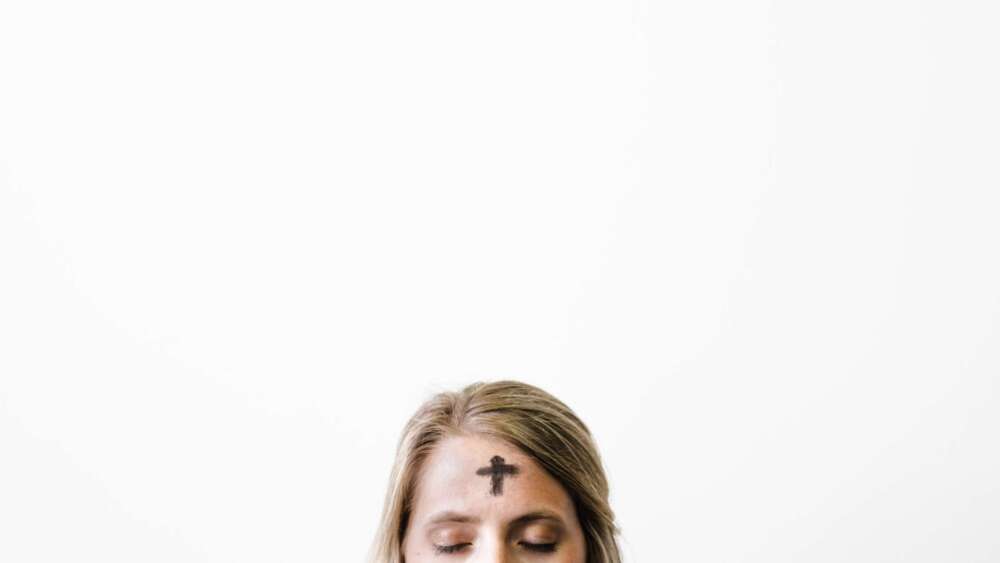 On Easter weekends as a kid, I remember being confused about the fact that our Good Friday barbecues didn’t contain red meat but fish instead.

The only explanation given by my Anglican parents was “you don’t eat meat on Good Friday because that’s the day Christ was crucified.”

What is Lent all about?

What is Ash Wednesday?

What is Ash Wednesday?

What is Shrove Tuesday?

What is Shrove Tuesday?

This raised two issues in my childish mind: 1. It meant no dagwood dog if we were lucky enough to head to the Royal Easter Show on Good Friday; 2. Did this mean that every other time we ate red meat, we were actually eating the body of Christ?

As my Christian faith matured, so did my understanding about the purpose of Lent. I went from someone who just avoided red meat on Good Friday to becoming a Lenten “killjoy”.

I began to feel convicted about the need to “give something up” during the Lenten period in remembrance of the sacrifice that Christ had made for me. So now, I often fast from chocolate or alcohol, or both, for the 40 days of Lent.

I have also become a fan of Good Friday sombreness. I long for the quiet reflectiveness of church services on that day, and each year I embrace the opportunity to grieve over the pain Jesus experienced during his terrible death on the cross and in being separated from his father. I especially await our church’s special service to mark the hour of Jesus’ death (at 3pm), when the church bells toll mournfully as we sit in silence.

I am now the mum who says no to fun activities on Good Friday, such as the Easter Show. I have taken to spending more time in Bible study and prayer in the lead-up to Easter, and have introduced family traditions, like reading the biblical account of the crucifixion and saying a thank you prayer before our humble Good Friday evening meal.

More and more, I have discovered that this intentional preparation sweetens the joy of Easter Sunday’s resurrection celebration.

While I’m a Lent convert, I realised that I still don’t understand fully the origins and practices of this somewhat mysterious tradition. So, this year I did some research …

Lent is the period of 40 days before Easter where Christian believers prepare their hearts and minds for this occasion – often by fasting, praying, reading the Bible and, in some traditions, carrying out good works.

The word Lent is derived from an old English word meaning “lengthen”, as Lent observed in Spring, when the days grow longer.

In Western churches (where Lent is especially observed in the Catholic tradition), the Lenten period begins on Ash Wednesday, six-and-a-half weeks before Easter, and finishes on Easter Saturday. In 2021, this starts on Wednesday, February 17, and ends on Saturday, April 3.

In Eastern (Orthodox) churches, the 40 days of “Great Lent” begin seven weeks before Easter and end on a Friday, nine days before Easter.

For the mathematically minded, Ash Wednesday is actually 46 days before Easter – not 40 – as traditional Lenten fasting did not include Sundays (considered to be feast days).

Where did the idea come from?

Lent is modelled on the biblical account of Matthew 4:1-2 where “Jesus was led by the Spirit into the wilderness to be tempted by the devil,” during which time he fasted for “forty days and forty nights”.

Its origins trace back to the earliest times of the Christian Church; however, the observation of the Lenten period became formalised in 325 AD, after the First Council of Nicaea.

According to an explainer about the purpose of Lent by Catholic News Agency: “The [Catholic] Church says that Lent is a 40-day period of unity with ‘the mystery of Jesus in the desert.’ By sacrificing small things, as well as fasting, praying, and giving to charity, Catholics are invited to experience a period of prayer like the one Jesus experienced, and to prepare themselves to resist Satan’s temptation, and fulfil the mission God has given the Church.

“Lent comes before Easter, and is a preparation for that feast, which is one of the most important in the Church’s life.”

What should I do during Lent?

Lent is traditionally a period of fasting and penitence – where sinners seek to be reconciled with God.

According to Encyclopaedia Britannica: “In the early centuries, fasting rules were strict, as they still are in Eastern churches. One meal a day was allowed in the evening, and meat, fish, eggs, and butter were forbidden. The Eastern church also restricts the use of wine, oil, and dairy products. In the West these fasting rules have gradually been relaxed. The strict law of fasting among Roman Catholics was dispensed with during World War II, and only Ash Wednesday and Good Friday are now kept as Lenten fast days. However, the emphasis on penitential practice and almsgiving remains, and many Catholics also observe a meatless fast on Fridays during Lent. In addition, Catholics and other Christians often choose to give up specific pleasures, such as sweets, alcohol, or social media, during Lent as a way to foster simplicity and self-control; many use their cravings or desires for these items as a reminder to pray and to refocus on spiritual matters.”

One of the more recent Lenten trends is fasting from social media.

Shrove Tuesday (the day before Ash Wednesday when Lent begins) is often known in popular culture as “Pancake Day”.

“Shrove” is the past tense of “shrive” – meaning “to confess to a priest, for the purpose of obtaining absolution”, according to Macquarie Dictionary. So this is historically a day when Christians in some traditions confessed their sins in church ahead of Lent.

The pancakes come into it as a way for people to use up food items “banned” during their Lenten fast – including flour, eggs and milk.

Ash Wednesday comes from the ancient Jewish tradition of penance and fasting, where wearing ashes on the head symbolised the dust from which God made humans, or as a sign of grief over sin.

Church members began wearing ashes a “public demonstration of repentance for sins” about one thousand years ago.

Many Christians still wear an ash cross on their foreheads on Ash Wednesday, to mark the first day of fasting during the Lent period.

A few qualifiers about Lent

The importance of prayer: “Prayer should be the central focus of our Lent. Without prayer, Lent will be a kind of endurance test for us. A test of how strong we are, or how much willpower we have. But Lent isn’t really about that. Lent is about how much we can turn to God the Father, through Jesus, and hand over our lives to him. That should be the centre of our Lenten discipline,” says an article by Catholic News Agency.

Lent is not just about what you give up, but also about what you take up. As Franciscan Media puts it: “Giving something up for Lent is only one part of a larger call to engage our faith more fully and more devoutly during the 40 days of Lent: that call is a call to prayer, fasting, and almsgiving.”

We live under grace, not law: The Apostle Paul gives us two reminders that Christians are not compelled to observe Lent or fasting practices: “For sin shall no longer be your master, because you are not under the law but under grace” (Romans 6:14); “but food does not bring us near to God; we are no worse if we do not eat, and no better if we do” (1 Corinthians 8:8). However, Paul also says that we are equally free to observe Lent, and are especially called to do so if our lack of observance could jeopardise the faith of another Christian: “if what I eat causes my brother or sister to fall into sin, I will never eat meat again, so that I will not cause them to fall” (1 Corinthians 8:8).

Remain focused on repentance and renewal: “Although the practices may have evolved over the centuries, the focus [of Lent] remains the same: to repent of sin, to renew our faith and to prepare to celebrate joyfully the mysteries of our salvation,” explains Catholic father William Saunders.

This article is helpful in clarifying five reasons why not to observe Lent if you have the wrong motives.

This article was originally part of a longer one published here.

What's Lent got to do with the temptation of Jesus?

What's Lent got to do with the temptation of Jesus?

2020 has come and gone. By anyone’s assessment, it was a plague year. It certainly…

This sermon was given by Tim Clemens, minister at Grace City Church in Sydney. It…