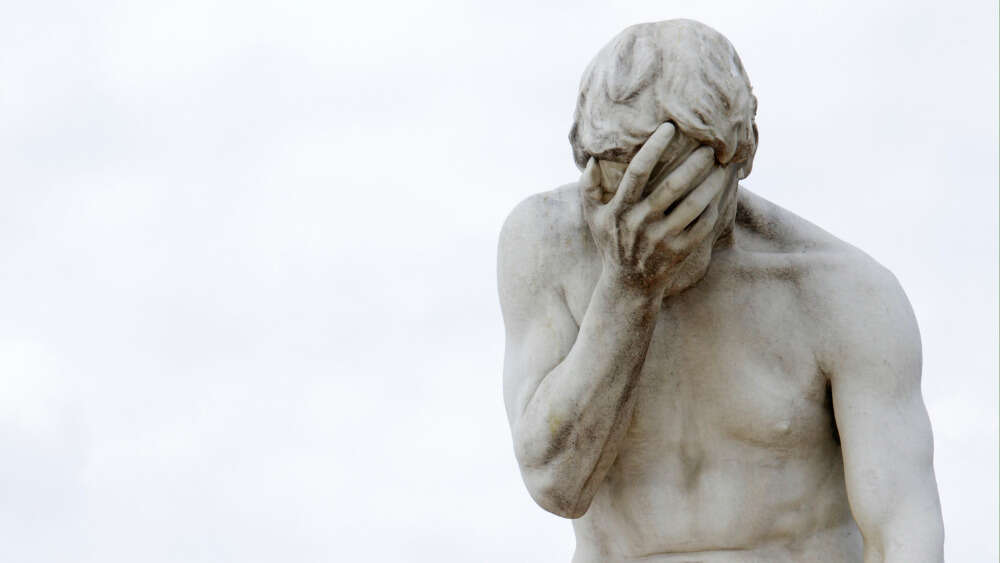 The Scillitan Martyrs could not be persuaded to avoid death by 'being sensible' about their beliefs.
Opinion Christian history

As Australia’s conversation about religious freedom continues, I recently found myself delving into the history of Christian persecution.

While I discovered many bloody tales of senseless violence, some deaths struck me as being guided by a perverse logic.

In ancient Roman provinces, for example, the strategy for dealing with other religions was syncretism. Rome was okay with people practising their beliefs, as long as they practised some emperor worship alongside it. As long as it didn’t get in the way of them bowing to Rome. As long as their religion didn’t interfere with a power structure that positioned Rome at the top.

Christians presented a problem. Not only would they not add Roman emperor worship alongside their practice of Christian rituals, but they also insisted on saying there was only one God.

It was nonsensical to the Romans. Why risk your lives over something as trivial – as flexible – as religion? It simply did not make sense, in much the same way Christianity does not make sense to Australians today.

Take, for example, the account of the Scillitan Martyrs.

On 17 July 180 AD*, a group of African Christians stood in a judgment hall in Carthage before Roman proconsul, P. Vigellius Saturninus – the provincial governor. There were 12 in all, but six are listed at the trial. They were from Scilla (or Scillium), a town in Numidia in Rome’s North African province.

It was a dangerous time in history for Christians. Marcus Aurelius was the Roman Emperor and, while historians debate the degree to which he ordered and took part in the persecution of Christians, there is no doubt that it took place during his reign.

In fact, some of Christian history’s best-known and most brutal executions of Christians took place under Aurelius, including that of Justin Martyr himself.

The account of their martyrdom – preserved in various, similar forms on ancient manuscripts – is the earliest surviving record of the Christian church in Africa. One manuscript is also the earliest specimen of Christian Latin.

Written in brief legal form – perhaps that of an official court transcript – the document names those on trial as Speratus, Nartzalus, Cittinus, Donata, Secunda and Vestia.

One man, Speratus, takes the role of the group’s spokesman.

“Our lord the Emperor will let you off of this charge if you will just come to your senses,” Saturninus, the  Proconsul, tells the group.

“We haven’t done anything wrong. We haven’t done wrong or spoken wrong. When we’ve been treated badly, we have given thanks, because we pay the Emperor all due respect,” Speratus says.

“We’re religious people, too, and our religion is simple, and we swear by the genius of our lord the Emperor, and pray for his welfare, as you also ought to do,” Saturninus replies.

“If you will hear me out, I can tell you the mystery of simplicity,” Speratus responds, apparently not one to miss a chance to share the gospel.

“Are you at all open to re-considering?” – Proconsul Saturninus

“I am not about to hear you out when you have evil things to say about our sacred rites. How about instead, you swear by the genius of our lord the Emperor,” the Proconsul says – he’s having none of it.

“I don’t know about the empires of this world. Instead, I serve the God whom no man has seen, nor can see with human eyes. I haven’t stolen anything, and when I buy things, I pay the tax that’s due, because I know that my Lord is the King of kings and Emperor of all nations,” Speratus tells him.

Saturninus turns to the rest of the group and says, “Stop being this way.”

“Don’t stay caught up in this nonsense,” Saturninus tells them, but the group agree with Spertus and are not about to renounce their faith to save their lives.

“We have nothing and no one to fear, except our Lord God, who is in heaven,” Cittinus responds.

“Honour to Cæsar as Cæsar: but fear to God,” Donata adds.

“I am a Christian,” testifies Vestia.

Saturninus addresses Speratus, “So you’re staying a Christian, then?”

“I am a Christian” says Speratus. And they all agreed.

“Are you at all open to re-considering?” Saturninus asks.

“In a matter this straightforward, there is no considering,” Speratus answers.

“What are you carrying there, against your chest?” Saturninus asks.

“Books and copies of letters written by Paul– a just man,” says Speratus.

“How about you all take 30 days to really think about this?” Saturninus suggests.

“I am a Christian,” Speratus says clearly for the second time. And the others all agree.

Saturninus reads out his decree.

“Speratus, Nartzalus, Cittinus, Donata, Vestia, Secunda and the rest of the group, having confessed that they live according to Christian rites, and when offered the opportunity to return to Roman customs instead, having obstinately persisted in their Christian faith, it is determined that they be put to the sword,”

“We give thanks to God,” says Speratus said.

“Today we will be martyrs in heaven; thanks be to God,” Nartzalus says.

“Today we will be martyrs in heaven; thanks be to God.” – Nartzalus

And so, together, they were all crowned with martyrdom; and now are with the Father and the Son and the Holy Ghost, forever and ever. Amen.

It is a fascinating account on multiple levels. The disconnect between Saturninus’ understanding of religious faith and that of the African Christians is striking. The Proconsul seems to wish they would all just take the issue of religion a little less seriously so he could avoid having them killed.

Yet while he may consider religious faith as something a person can change their mind about through conversation, to these African Christians, their faith is something worth dying for – and with gratitude.

* NB. There is some debate about the exact date, due to differences in manuscripts. Some put the event at a slightly later date, a few years after Marcus Aurelius’s death, but when the policies of his reign were still in effect.

As a man who lived much of his life in public, speaking to countless people…