Opinion sexualisation of women and girls

An activist, an actor and a survivor of childhood rape share their thoughts

A French film called Mignonnes – Cuties in English – has created controversy this week, resulting in a campaign to get Netflix subscribers to cancel their subscriptions in protest at the platform for screening it.

Cuties deals with the sexual exploitative forces at work against pre-pubescent girls in today’s world, exposing the dangers and realities in both the real world and online. But critics say it crosses boundaries in an unacceptable way that makes these problems worse.

Here, Eternity shares the insights of three Christian women with different personal experiences and expertise, who feel passionately about Cuties.

Kelli is a survivor who experienced rape as young girl when she was involved in the dance industry. She’s a creative, wife and mum living in Phoenix, Arizona in the United States.

“While I can appreciate the filmmaker’s intention in making Cuties, to raise awareness around an important subject, I believe the film crosses a line and pushes boundaries that are simply unacceptable. As a result, I support those people who are cancelling their Netflix subscriptions to voice their protest. 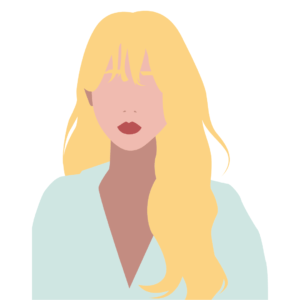 It is not necessary for a film to show 11-year-old girls twerking for grown men and one of them visibly enjoying it, to critique the sexualisation of young girls. Or show a young girl blowing up a used condom, and the shame cycle that follows. No film needs to show an 11-year-old girl taking a picture of her vagina on a grown man’s phone to raise awareness about the dangers of exploitation in an era of smart-phones.

In critiquing a culture that is lewd, this film creates lewd content which objectifies young girls. The film itself is creating the culture it seeks to critique. No one is asking to see people being raped on film to bring awareness to rape culture being immoral, so why is it needed here?  If the film itself is actually sexually objectifying and exploiting the young actors who perform in it, how is that helping the cause? Panning the camera over the buttocks and breasts of young female actors while they hump and grind on the ground isn’t motivating men I know to end child exploitation. Unfortunately it has left them confused, confronted and disturbed.

Cuties is a hard watch for most people, but especially so for those of us who were sexually abused as minors.  As someone who was a dancer, and who was raped as a young girl by a man, I was utterly sickened and almost threw up twice. I could only make it through a couple scenes. And, given the high numbers of women who have experienced child sexual assault, can we not draw the line about what films are acceptable, as to not risk viewers being re-traumatised?

After 19 years of therapy, I’m not onboard with initiatives that focus on problems without offering solutions – especially those marketed without honesty. Not even for the sake of art or so as to “cut through” a noisy media-driven society. I think we can do better.”

Anna has spent a decade working in the Australian film and television. Her memoir, Metanoia, deals extensively with her personal experience of being female in the industry and the pressures she faced.

“As an Australian actor I know there are definitely standards regulating child actors and they’re age-dependent, too. This film is French, and I don’t know their industry standards, but the reality is that even Australia’s industry has no problem putting kids in horror films, or alongside other extreme content. I don’t agree with it, especially when content is gratuitous, or salacious. I have no interest in watching  children brutalised for entertainment.

I don’t believe Cuties does this, however. 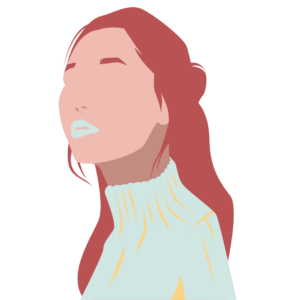 This film strikes me as a very nuanced exploration of institutionalised poverty, Islamic femininity, virtue, shame and family, and the largely denied sexual exposure of pre-teen girls.

I hear and respect the arguments of those who are concerned about what young female actors have had to do to play their role in this film. I too have previously engaged my body in sexual narratives that have been taken out of that context and used to exploit me. It’s not worth it. But if we’re crucifying this French art film, along with its extraordinary young cast, we’ve got to take an entire culture down with it.

My frustrations against the backlash are that I feel like people are scapegoating what we all know is a reality … a reality we’ve created.

It’s as though we want to believe that if we cancel this film and remove these girls from eyes of pedophiles, we can pretend we don’t allow the very same sexualisation to happen to our girls on a daily basis, via the internet. But we do. It’s chronic. And it’s systemic.

This film exposes the exact process our children are going through in learning false ideas about sexuality, relationships, and power. It is extremely uncomfortable to watch not only because these actors are acting content we find inappropriate – but because it is true.

I’m not saying these actors need to be sacrificed on the altar of controversial filmmaking to change this culture – I certainly wouldn’t want my own kids in the film – but their families would have willingly consented to dance moves that are not out of the ordinary on TikTok, YouTube, Instagram and many eisteddfod stages.

You only need to watch one episode of Dance Moms – a show watched by kids,  about white American families who control, bicker, spend money they don’t have, and sell the often-sexualised dancing of their kids – a show which gets multiple seasons! The recent video clip ‘WAP’ was criticised, but happily still played on pop radio and streamed without censorship online, for viewers of any age. ‘WAP’ is the exact kind of content the”cuties” get a hold of in the film, and attempt to emulate. It is their sexual education.

The ‘WAP’ video is still deemed art, yet a French film that is ultimately a feminist provocation (for adult audiences) from a black, female, Muslim director, is labelled criminal? It just makes me pause, that’s all. I have daughters, and I want them protected. But it won’t be by cancelling Cuties. I think we’re missing the real point here – that Cuties is courageously making – there are millions of girls being sexually educated by a vicious, paedophilic, misogynist culture on the internet. They are accessing it, they are sharing it at school, and they are allowing it to dictate their own sexual expressions, and how boys and men get to treat them. Let’s take this entire Cuties furore as a wake up call – this is real, and this is rampant, and we have the power to change it.”

Melinda is an author, speaker, media commentator, blogger and advocate for women and girls. She is the co-founder of grassroots campaigning organisation Collective Shout, which works for a world free of sexploitation.

“Based on the avalanche of social media criticism, I had assumed this film must be 1 hour and 36 minutes of pre-pubescent twerking frenzy – sick and demonic in the words of some.

Then I watched it. 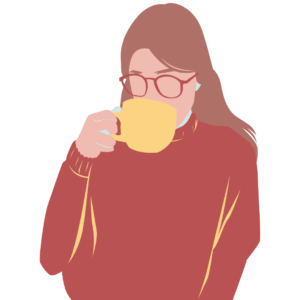 Cuties is a social critique on what happens when we allow misogynistic, violent, exhibitionist internet culture to ravage girls – training them to wield their immature bodies as currency. They imitate and role-play a pop-culture version of sexuality they have been led to believe is “normal”. These girls don’t even know what sex is. When they dance as they do, they are merely simulating their female hip hop idols who are wealthy and popular.

In the past 10 years at Collective Shout, we have met many girls this age, who have felt the same pressures. Some have taken inappropriate pics and shared them, sexualising themselves either out of a sense of obligation, or because they have believed the lie that self-objectification is empowering or liberating.

Of course I have issues with some of the dance scenes. They could have been shot differently, from a distance, with less close ups of the girl’s bodies. They are real girls and their wellbeing needed more consideration.

Delete Netflix if you want. Also delete TikTok and Instagram where there is equally disturbing content featuring young girls. My team and I document it daily.

There is a moment of grace at the end of the film which is deeply affecting – a glimpse of how childhood should be. This moment has been drowned out by not unjustified criticism. But it could motivate us to do better if we allowed it.”

If you have been impacted by sexual assault, domestic or family violence and abuse, a 24 hour, confidential information, counselling and support service is available in Australia by telephoning 1800 RESPECT (i.e. 1800 737 732), along with an online chat service. Please call 000 if you are in danger.

Another perspective on ‘what’s for dinner?’

Another perspective on ‘what’s for dinner?’