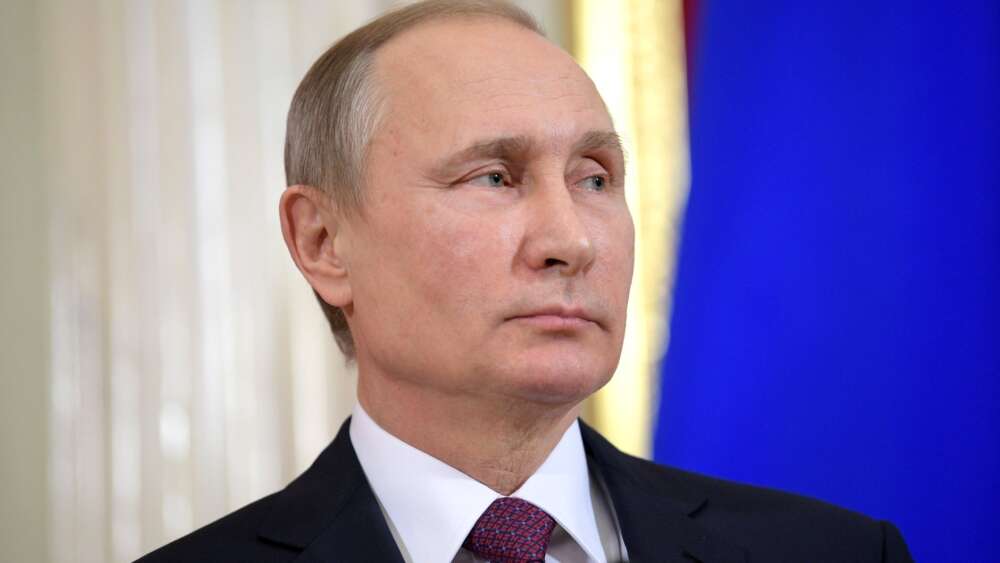 With Russia invading Ukraine, President Putin has been described as the most evil man in the world. Commentators are asserting that there is good and evil in the world and this premeditated act is evil. I do not disagree. To see a war in Europe nearly 80 years after the end of World War II is unthinkable. What other words describe such violence and the man who single-handedly has authorized this assault?

This has required me to reflect on my memories of the man and whether I sensed I was in the presence of evil. Back in 2013, I had a meeting with President Putin in his Dacha two hours out of Moscow. It went for over an hour and a half. He was courteous and inquisitive and even agreed to some of the requests we were making. I and the delegation of three others came away thinking he could be reasonable. None of us thought him evil. But now I wonder?

The occasion then was the G20 when Russia had the presidency and Putin was the first leader to invite Civil Society leaders to meet and participate at the highest level and enjoy equal access and platform with the Business G20. I was leading the Australian delegation and we urged him to stop beating up Russian NGOs (Non-Government Organisations) and to widen the space for civil society dissension and debate. Amazingly he did not disagree.

As I think back, there were some interesting clues. We waited in an anteroom for the meeting under a picture of the first Crimean war. All I knew about that was the story of Florence Nightingale not why it was fought or even who won. Putin’s aide explained to us that the 1853 war and humiliation for Russia were personal for Putin, and Russians remembered it as if it were just yesterday. Christian Russia had been shocked that the Christian West had sided with Muslim Turks and defeated them. I thought of this later when in 2014 Putin annexed Crimea and rode roughshod over sovereign Ukrainian territory.

Putin wore a cross around his neck.

In our meeting with Putin, he explained that he was insistent that young Russians start going back to church. He wore a cross around his neck and I later learnt he had been secretly baptised by his mother as his father was an atheist. He was fascinated that I was a Reverend and questioned me about faith. I pushed the envelope and raised why he had sentenced (feminist punk rock band) Pussy Riot for singing unlawfully in The Cathedral of Christ the Saviour in Moscow, and he said the Church had been deeply offended. When I said but a church, despite its offence, believes in the primacy of forgiveness not punishment for blasphemy, he looked at me with blinking incomprehension as if to say “Why would they forgive?” But did I sense I was in the presence of evil? No.

The religious dimension in Putin’s thinking

We have heard a lot of ranting from Putin about the threat to Russia from NATO encirclement and justifications for the invasion to De-Nazify Ukraine and stop their genocide of Russians. This is all propaganda and nonsense. What has been missed is the religious dimension in Putin’s thinking although in delegitimising Ukraine he did refer to the country as an inalienable part of Russia’s history, culture and spiritual space.

This spiritual space is an important clue often overlooked. In 988 Vladimir King of the Rus was the first Christian convert. In Kyiv he summoned the whole city to the banks of the Dnieper River for a mass baptism. Holy Mother Russia was born. Putin described Vladimir’s mass baptism as “the spiritual feat of adopting orthodoxy and predetermining the overall basis of culture and human values that unite the people of Russia, Ukraine and Belarus”. In 2019 the Ukrainian Church broke with the Russian Church and declared its independence. But Putin and the Russian Church will not accept this because it is the site of the imagined Mother Church for all the Rus and, according to Putin writing just last year, “the spiritual choice” by St Vladimir in 988 means Kyiv is the mother of all Russian cities.

Despite the Bolshevik years, this sense of a holy destiny of Kyiv and Mother Russia has never left, and Putin is its champion. Under Putin, the Orthodox Church has boasted that they are building and opening three churches a day and the Church celebrated the return of Crimea.

And in Putin’s mind, this goes further.

Just as he probed me about Christianity in the West, he has written “We see many of the Euro-Atlantic countries are actually rejecting their roots, including the Christian values that constitute the basis of Western civilisation. They are denying the moral principles and all traditional identities: national, cultural, religious and even sexual.”

“Kyiv must be taken, in his mind, to preserve the Christian battle.” – Tim Costello

Kyiv must be taken, in his mind, to preserve the Christian battle. And there may be many Christians in the West who agree with some of his sentiments. Little wonder the Orthodox Patriarch Kirill has called Putin ‘a miracle of God’.

A miracle defender of Christianity or the most evil man? Well, it is Ukrainian Christians among others he is now slaughtering indiscriminately and he has little understanding of Jesus who said ‘Blessed are the Peacemakers.’

No, this is a power vision threaded through with nationalistic Christian theology. And evil is the right word when the Church becomes a department of the state justifying in God’s name invasion, violence and annihilation.

Rev Tim Costello AO is an occasional contributor to Eternity, a Senior Fellow with Centre for Public Christianity and is Executive Director of Micah Australia