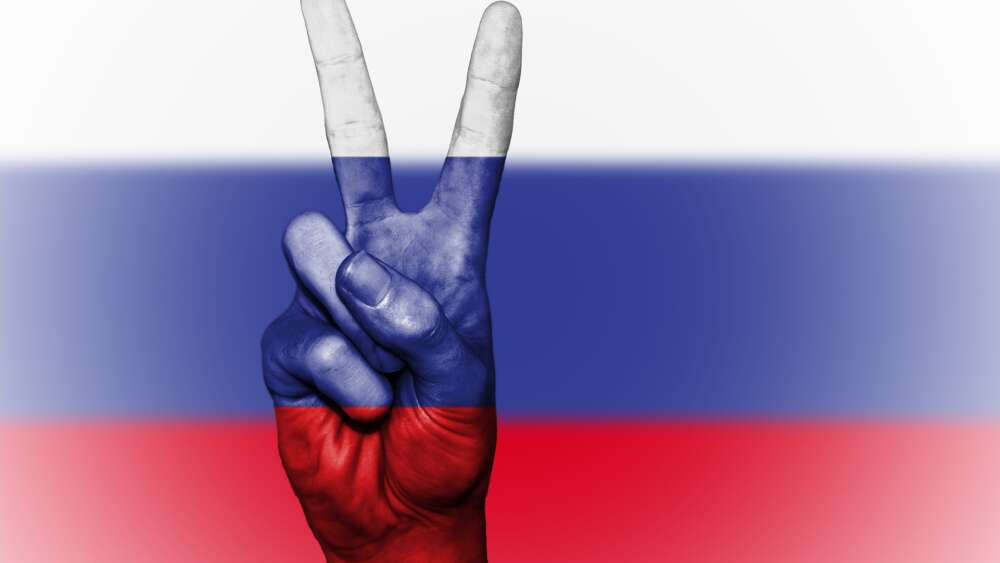 We need to pray for Russians too.
Pixabay
World politics russia ukraine

As Christians, we need to pray for Russian citizens because they are also casualties of the war with Ukraine, says a Sydney-based church friend. She has been corresponding with friends she made when she spent a year studying at university in Russia, more than a decade ago.

This friend (who I’ll call Miriam) says one of her lifelong Russian friends was shocked when Miriam expressed an alternative view of the Ukraine invasion to the one she had learned, as portrayed by the Putin propaganda machine.

“Putin’s official line is that the Ukrainians were being sponsored by Americans and the West to promote the neo-Nazi government because Ukraine has had a history of neo-Nazis in their politics,” Miriam explains.

“When you have a skewed media that only ever says they are neo-Nazis and fascists, you have a distorted view. And you look at everything from a protectionist angle, like, ‘Oh gosh, we can’t let Nazi Germany happen all over again.'”

Because of the long, deep history with America, Russians look at world politics very differently, she adds.

“They look at the world as against Russia. I think the worst part was when the US and [former British prime minister] Tony Blair made the mistake of invading Iraq over weapons of mass destruction when there was no basis for it. They said, ‘Why would we believe you? You guys will do anything in the name of war’,” she says.

“So the Russian take on the current situation is that all these other countries want to have a NATO Alliance and build military bases. So, of course, Russians are thinking, ‘Well, of course, we can protect our territory’.”

“When you have a skewed media that only ever says they are neo-Nazis and fascists, you have a distorted view.”

Miriam says she reached out to her friend, who she was already in contact with, to inform her that the current war was no small thing and would have direct implications for her.

“I thought she would understand as we had a close friendship years back when she impressed on me what it was like to grow up under communism,” she says.

“It was only after she had contacted her brother in another country that he confirmed the war was real, and it was not as Putin had made it out to be.

“My friend then asked me to explain further, so I forwarded a few articles from around the world to her so she could put together a truer picture about the conflict in Ukraine, and Russia’s role in it.”

Two days after she sent her close friend these articles giving a different perspective on Russia’s aggression against Ukraine, Miriam’s friend fled Russia with her family as she feared a return to the kind of life when Russia was under Stalin.

“My friend was worried the world would hate all Russians because of what is happening now. Putin has brought shame which seems almost irreparable to all Russians. The majority of people had no idea what was happening in Ukraine until recently due to breaches in the media. A few are in shock; others are appalled.”

Miriam is calling on Australian Christians to lobby for humanitarian visas for displaced Russians such as her friend, along with those for displaced Ukrainians.

“There are [Russian] casualties of war who are unaware of how they going to be perceived on our side. It’s really hard because they have no understanding of the situation unless it is revealed to them – they just know they have to flee,” she says.

“There are going to be barriers for these people and they need our support. I think right now the Western world is slow to understand that this is how Russians perceive things.”

“My friend was worried the world would hate all Russians because of what is happening now.”

Miriam says she wants to get accurate information out so that Australians can understand why the Russian people have resisted condemning the war and understand the powerful influence of Russian propaganda.

Miriam’s friend explained to her that the West could not necessarily count on Russians rising up against the war because what Russians have experienced for so many years has led them to fear police brutality and developed their resilience and patience.

While Russians may not have the strength to fight, they have real endurance. Even international sanctions can feel like “more of the same” for Russians. So, while they may flee, they will not fight the government. Her friend’s view is that the current regime will remain for a long time. Putin’s entourage would be able to remove him, but definitely not the people. They know he will kill anyone and won’t stop.

Miriam pleads with Australians to reflect upon whether they know Eastern Europeans who they can reach out to “in their workplace, in their community, the school, in the neighbourhood, in the building that they’re living, in the shops that they go to because they will have relatives and friends.”

“And if you know of people who do come later on and who are granted visas, be continuously intentional in forming relationships with them,” she advises.

“Relationships take time. It’s not about pushing the gospel. It’s about showing that you care because this is really powerful and I guess it’s about seed sowing. That means sharing in your life, being open and showing genuine hospitality.”

Miriam said the outsiders she met who were working in Russia made the point that most Australians don’t have a history of repression, so they don’t carry that baggage of the past.

“You know, Australia is a country that is partially migrants, refugees, and we are lucky,” she says.

“For many Australians, life is easy-going. It is even seen in the way we walk and talk – we’re happy, we’re not repressed. So that makes us really attractive to people from outside who come from countries of oppression and conflict. These are small things, but they’re really significant. And this has never been more needed in our world,” Miriam says.

“If even one person can be moved to have an intentional friendship with someone from Russia or Ukraine – or from any country – you just never know the impact of it. A wise minister once said, ‘Until you have people eating at your table, people won’t know how much you care’.”

Pope Francis: In the name of God, I ask you: stop this massacre!

OPINION A mother and daughter from my church are currently residing in Ukraine. Bombs have…

Hundreds of thousands of people have fled Ukraine into neighbouring Romania, Poland and Hungary since…

How sports ministry has rescued 300,000 Ukrainians

How sports ministry has rescued 300,000 Ukrainians

Long before this invasion in Ukraine, small groups of Christians across Ukraine and Eastern Europe…

On the frontlines with a Christian aid ‘army’

No need to feel helpless in assisting Ukrainians

No need to feel helpless in assisting Ukrainians

“I have ghosts that I carry, but I carry them gently into the work that I do”,