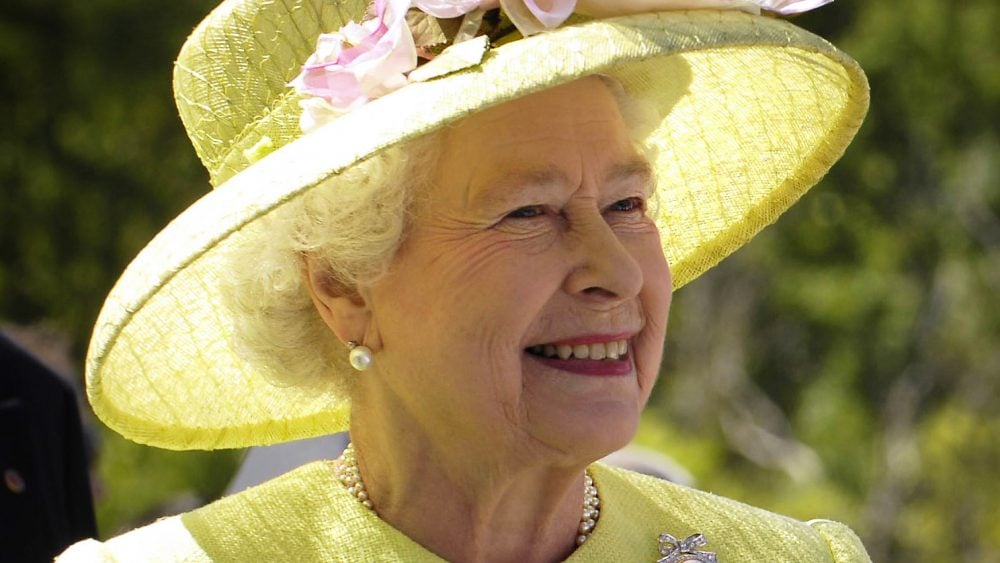 Forgive my headline—it is entirely self-indulgent. These are the third Christian names of the five children with which my wife and I have been blessed. We thought we’d give them something to live up to — someone, in fact, sometimes more than one person. Luther for our firstborn, the fearless but flawed Reformer. Lewis, as in famed author C.S., for our second son, again a real and complex man with a lovely imagination.

Mary and Elizabeth for our daughters, to say they could be beloved mothers like their biblical namesakes, but also leaders worthy of deep admiration (and there are too few Protestants called Mary!). Elizabeth II Regina, the patron of the original Bible Society, is a model of grace and servant leadership. And that comes from parents inclined to Republicanism.

Then there’s St. John for our fifth, pronounced sinjin if you are in the know. Perhaps a tad pretentious but so be it. The great apostle, the friend of Jesus, the author of the glorious fourth Gospel, along with plenty of other Johns we like. That includes St John of the Apocalypse, the incredible visionary who has shaped people’s thinking about the future of the world for the past 1900 years or so.

…the loss of biblical impact is starting to show.

What’s in a name? An awful lot. Only six of the top 20 girl’s names, and three of the top 20 boy’s names in Australia in 2016 can reasonably be connected to the Christian faith. Our nation has changed. Whereas once the obvious inspiration and source of family tradition in the Western world was the Hebrew and Christian Scriptures, along with church history and literature, now that is no longer the case.

Even though, as I have written before, Australia is still ‘roughly Christian’, with a majority identifying with the faith rather than any other position, the loss of biblical impact is starting to show. The emblems and signs of Christian influence are fading fast. Steeples are harder to see behind skyscrapers. Bibles occupy the back shelf, bottom corner, in most bookshops (not Koorong, I hasten to add!).

These are physical expressions of a problem of the heart and mind —and our nation’s hearts and minds are less connected to Christian faith than ever before.

In the 500th year of the Reformation in Europe, we do well to pause and consider what role Christianity can have in society for good. Because Christianity has always worked itself out in social structures; it has never been just a private thing, even when small and struggling.

To be able to see, hold and read the Bible has changed everything.

Martin Luther not only led the 16th Century Reformation in the Church, with all of its complex doctrinal battles, but he also translated the Bible into the German of his people. He enabled generations of ordinary folk to access the ethical guidance, divine encouragement and social vision of the Scriptures. At the same time, the technology of the printing press made this book physically available and physically visible.

To be able to see, hold and read the Bible has changed everything. It has an impact on how families operate, how people approach their everyday working life, how citizens respect government, where people place their hopes and aspirations (God or mammon?), and the list goes on.

These are all attitudes and perspectives gleaned from engaging with the Bible at your pace, with your issues in mind, and in the language of your heart.

To read the words of Jesus for yourself will change the way you think forever.

In Australia, these biblical hopes for humanity are more hidden than they used to be. We need to explore creative ways of making them more visible. Some great examples exist in recent times of doing just that, such as Hillsong’s “cross = love” campaign, and the Mandorla Art Award in Western Australia (which Bible Society is pleased to support). We need more of it. Maybe even a baby-naming campaign.

This is an Australian problem, we should remember. God’s Word is living and active, just not always where you can see it for yourself. In Nigeria, the top baby names at the moment are Emmanuel, Michael, Samuel for boys; and for girls, Esther, Abigail and Blessing. The Word of God is on the move around the globe; let’s pray for its revitalisation here in Australia.

Emma Watson and the half-hearts Christians