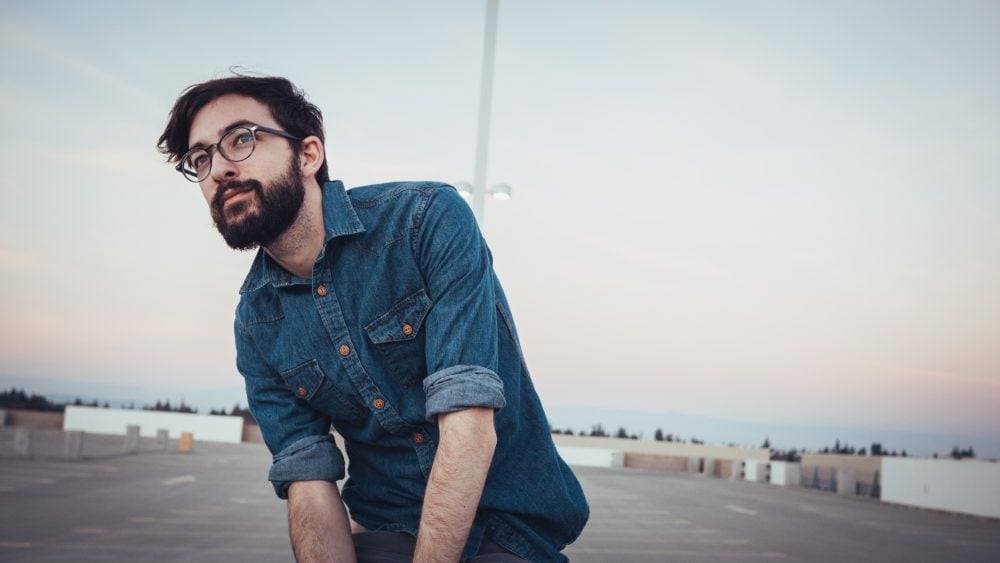 Loneliness is a real risk for Aussie men
Pexels

Men have no friends, and other challenges facing Aussie blokes

In Australia today, 80 per cent of suicides are men, and suicide is the leading cause of death for men under the age of 44.

This statistic is the pointy end of what is a long list of health issues experienced by Australian men. “A quiet crisis is underway in men’s health”, declared a 2012 study published by the Australian Psychological Society. Men are more vulnerable to various disorders at all ages across the lifespan, engage in more health risk behaviours but less help-seeking, and are less likely to have strong and supportive social networks.

Or in my layman’s summary, men are more likely to experience difficulties, and less likely to get help. It’s a bad combination.

Here are five observations about the challenges facing men in Australia today. Yes, some of these challenges overlap with those faced by women, but for the purpose of this article the focus is on men, and particularly those under 45 years of age.

Within the church, Biblical definitions of male identity and headship have been misused and abused to the point where many churches won’t even go near the topic of Biblical manhood.

In the culture at large, confusion and shame abound and being a man is frequently communicated as an identity not to embrace but to apologise for. In the media, men are accused of male privilege, male chauvinism, mansplaining and misogyny. A friend is currently enrolled in a gender studies class at university and he told me that in every class the lecturer provides the same reason for the world’s problems – men.

Whose life do you observe and think “I want to be like him when I’m 70”?

And yet for all this condemnation, men are provided with few if any role models of what a “real man” actually looks like. Eric Metaxas observes in his book Seven Men: And The Secret of Their Greatness, “…in our culture, we’ve skimped on providing role models — for young people especially— and I’m convinced that this is tremendously important. We learn by observing the lives of others, whether the people around us, or figures we observe in the media, or figures we read about. We need to see the lives of real human beings lived out in ways that help us figure out how to live out our own lives.”

If you are a Christian man let me ask you: Whose life do you observe and think “I want to be like him when I’m 70”? How many men come to mind? Who do you look to as an example to guide you as a father, a husband, a Christian at work?

There has never been a greater need for men to be served with a clear, Biblical and unashamed vision of male identity along with inspiring examples of how to live this out.

2. Men have greater demands on their time

As recently as just two generations ago family roles were straightforward – men went to work, and women looked after the home. This observation of the past may sound quaint to some (and will no doubt infuriate others), but the reality is that lines of responsibility have become blurred and family life is more complex than ever before.

Men are more involved in the lives of their children, and taking a more active role outside the workplace. Men aren’t doing this reluctantly – in fact they relish these opportunities to spend more time with their children and to support their wives as they pursue work outside the home.

But this involvement comes at a cost. It is in addition to, not instead of the significant (and ever-increasing) demands of paid employment. For all the talk of “flexible workplaces”, most men with children need to work later to compensate for the hours missed while doing school drop-off, or attending the school swimming carnival. This juggling of responsibilities comes at a time of unprecedented job instability – Australians today will have on average 17 different employers in a lifetime and 5 careers.

Most men I speak with feel that life is a zero-sum game – to succeed in one area is to fail in another.

Demands on time extend beyond the home and workplace. There are cultural pressures – to exercise more, to get more educated, to be more involved at the school or sporting club. But there are also pressures as Christian men – to serve more, attend more events, read the Bible more (yourself, with your wife, with your children), be more involved in the community, share the gospel more, etc.

Most men I speak with feel that life is a zero-sum game – to succeed in one area is to fail in another. They are burdened by an exhausting, nagging guilt) that they are simply not doing enough – as a husband, father, friend, neighbour, employee, Christian.

Men need help to navigate and prioritise the demands and responsibilities of life, and to find rest in a restless world.

3. Men are crippled by sexual temptation

Temptation to sin existed long before to the internet but this age of constant connectivity makes sin, and especially sexual sin, an ever-present threat. Sexually explicit content is everywhere, all the time.

64 per cent of Christian men say they view pornography at least once a month.

Men are exposed to pornography from a younger age (12 years is the average age for first exposure), to more violent and depraved content, in more places and on more devices. According to Covenant Eyes , 64 per cent of Christian men say they view pornography at least once a month, with pornography being the topic of 20 per cent of all searches on mobile devices.

It is difficult to overstate the significance of this struggle. Every statistic points to the prevalence of this problem. Every story reveals the growing cost to society, the participants in the sex industry, families, marriages, productivity, ministries – and above all, the glory of God.

Men (and boys) need to be equipped to fight this great battle of our day.

4. Men are far too easily pleased

I spoke with a pastor recently who shared that he believes the main goal for many men in his church is to purchase a house. If they cannot do this, they feel that they have failed as a man, a husband and a father.

Of course, men don’t say this out loud and probably couldn’t even articulate it if they were asked, but it is a powerful desire that subconsciously drives so many of the decisions men make. In practice, life’s purpose has become little more than home ownership.

In less affluent areas, the aspirations are different. One pastor I spoke with in Western Sydney told me that the men in his church couldn’t dream of purchasing a house – instead they are driven by the aspirations of getting a job, having a family, and staying married.

“…it would seem that Our Lord finds our desires not too strong, but too weak.” – C.S. Lewis

Of course it’s not sinful to own a house, be employed and enjoy marriage and fatherhood. However, if men are driven by a purpose that is no greater than achieving these goals, that’s a problem.

Surely too many men (myself included) have as C.S. Lewis put it, become “far too easily pleased” with the things of this world? Lewis says, “If we consider the unblushing promises of reward and the staggering nature of the rewards promised in the Gospels, it would seem that Our Lord finds our desires not too strong, but too weak. We are half-hearted creatures, fooling about with drink and sex and ambition when infinite joy is offered us, like an ignorant child who wants to go on making mud pies in a slum because he cannot imagine what is meant by the offer of a holiday at the sea. We are far too easily pleased.”

Men need to be given a God-exalting, all-consuming vision for their lives that puts in their place the lesser aspirations that the world dangles before us.

Finally, research continues to reveal the dire state of male relationships. Research by Beyond Blue discovered that 25 per cent of 30 to 65-year-old men had no-one outside their immediate family they felt they could rely on. Even where men have friends to spend time with, a recent study by McCrindle research observed that “whilst nearly all men (97 per cent) agree making time for their mates is essential, the majority (85 per cent) of Aussie males are struggling to find enough time for much needed ‘man time’ with their friends.”

Isolation and loneliness increase the risk of premature death by 26 to 32 percent.

The risks are more significant than we might first think. An article earlier this month in the Boston Globe was headlined The biggest threat facing middle-age men isn’t smoking or obesity. It’s loneliness. The author explained the consequences of isolation: “Loneliness has been linked to an increased risk of cardiovascular disease and stroke and the progression of Alzheimer’s. One study found that it can be as much of a long-term risk factor as smoking.”

In fact, isolation and loneliness increase the risk of premature death by 26 to 32 per cent.

But vital as these friendships are, as the McCrindle study observed, time together keeps falling down the list of priorities: “Career driven, family focused and health conscious Aussie men are crowding their lives with commitments. As a result of these pressures and competing priorities, the time available for men to kick back and relax with their mates has begun to erode.”

And yet, when the time is made, men are greatly impacted.

This is an edited version of an article originally published as 5 Challenges Experienced By Christian Men Today on Communicate Jesus. Read the full version here.

How to negotiate the gender divide on social media

When cutting your hair can be an ungodly act