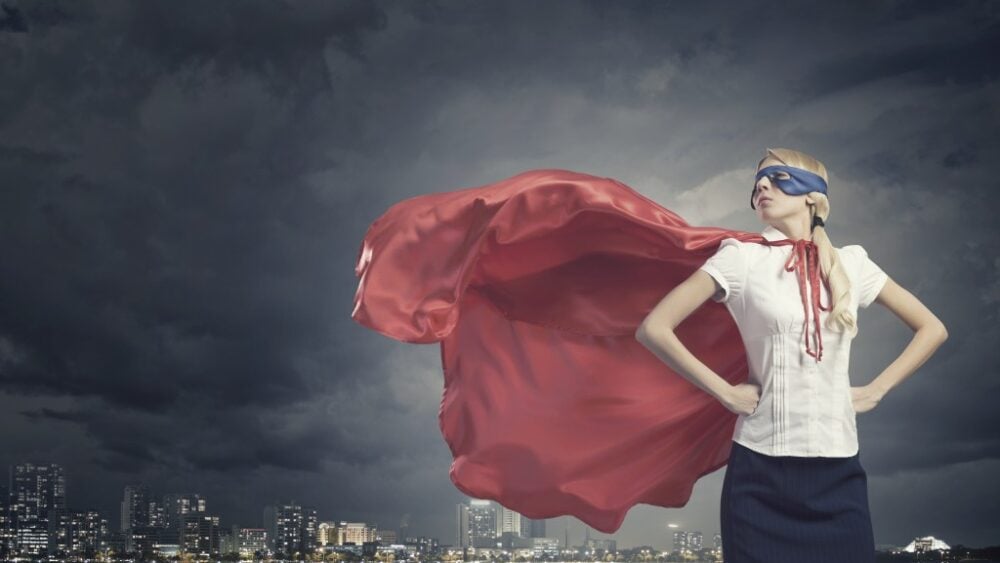 If you are a Christian, is feminism the enemy?

At a recent marriage seminar I was leading, I asked a group of women (in front of their fiancés) what the hardest thing about being a woman in 21st century Australia was. They had plenty to say, starting at workplace inequality – not structural inequality as such, but the fact that as a woman they noticed that their opinions were overlooked. One woman had hidden the fact of her engagement from her employer, because of the expectation that she would be rushing off to have a baby and thus leave the company.

Others spoke of the pressure to conform to a social expectation of success in work, family and in appearance. Even more disturbingly, they spoke of their vulnerability to harassment and violence.

These were educated, successful and relatively wealthy women, and yet even so they felt that there was a bias against them in the world.

I asked the men what was hard about being a 21st century man. They couldn’t come up with anything.

Yet despite all this, many Christians think that feminism is fundamentally anti-Christian. Professor Mary Kassian of Southern Baptist Seminary and the author of The Feminist Mistake argues Judeo-Christian ideas about gender, marriage and the family have all but disappeared. She writes that “during the feminist era, all of these ideas were challenged and deconstructed” – which means that now “women grow up thinking that the essence of womanhood is the exercise of personal power (including sexual power).”

Kassian is in no doubt as to the consequences of this cultural shift. Under feminism, women, she says, have “been taught to be loud, brash, sexual, aggressive, independent, and demanding. They have been trained to value education, high-powered careers, and earning potential—and to devalue the home, marriage, and children”.

If feminist thinking has permeated our culture so successfully, then why can feminist writers keep pointing to obvious social inequalities? Why is it still the case that something like 1 in 6 women will suffer physical abuse at the hands of a partner? Why do strong, confident women still report experiencing discrimination and disempowerment?

This has led to the higher prevalence of marital breakdown, she claims, with more women initiating divorce than men.

For Kassian, feminism is a specific ideology which directly challenges a ‘traditional’ reading of womanhood in which women take particular roles in the family and in society. In her view, “we are all feminists now”: feminism has so deeply permeated Western culture that we unthinkingly ascribe to its unchristian assumptions.

But I think there’s a couple of flaws in this thinking. I should emphasise that I write as a social conservative with a belief that men and women are made differently, and most happily realise their created natures in different ways in the context of family and society.

Saying that ‘feminism’ represents ‘culture’, mostly in its worst aspects is simply wrong. If you read Collective Shout’s page often enough, it becomes pretty obvious that, despite progress in some areas, we (still) live in a deeply misogynistic culture in which (just to name one example) it is apparently fine for a major shopping chain (Target) to sell a video game in which women are depicted as being raped and murdered (Grand Theft Auto V).

If feminist thinking has permeated our culture so successfully, then why can feminist writers keep pointing to obvious social inequalities? Why is it still the case that something like 1 in 6 women will suffer physical abuse at the hands of a partner? Why do strong, confident women still report experiencing discrimination and disempowerment?

What Kassian further fails to see is that feminism is a very broad movement – or more accurately, a collection of movements – which addresses a range of issues from abortion rights to domestic violence issues to equal pay and more.

“A feminist is anyone who recognizes the equality and full humanity of women and men.” -Gloria Steinem

But what they all have in common is quite clear. As feminist Gloria Steinem once said: “A feminist is anyone who recognizes the equality and full humanity of women and men.” The differences arise from how that goal might be achieved.

And on this basic premise, a Christian point of view has more in common with feminism than not. The profundity of the affirmation that male and female are created in the image of God is extended by the deep equality that male and female can share together in Christ Jesus. We can see how the consequences of the fall have worked themselves out in gender relations, as prophesied in Genesis 3 – and we can share with many feminists the concern than male power allowed to run unchecked has all too rarely resulted in the freedom and the flourishing of women in human history.

It is no surprise to learn that many of the early feminists were evangelical Christians. Of course they were!

Sadly, I have heard more from pulpits against feminism than I have against domestic violence

That is to say: feminism is a response to a deeper problem in human relations – not the problem itself. Attacking feminism as the problem while saying little about the (for example) prominence of hate speech against women or the growing acceptance of rape culture is a failure to attend carefully to what is really there in front of us. It is a failure to analyze the depths of evil in a culture in a way that Christians should. It is killing the canary in the coalmine, while still breathing the noxious air.

But sadly, I have heard more from pulpits against feminism than I have against domestic violence.

One woman in Christian ministry told me: “I guess I’m feminist because the things I want for my daughters are: to not have to fight for equal pay, I don’t want them to feel unsafe walking down the street, I don’t want them to be blamed for their rape, I don’t want their opinions to be considered less important than her male co-workers….It’s just fighting to be treated as equals.”

That being said, there are forms of feminist thinking, or common feminist opinions on certain issues, that a Christian would be troubled in affirming. There are forms of feminism that (in my view) sell women very short – to name one example, by claiming that pornography is not degrading of women. But there is enough internal debate between feminists that it would be wrong to generalise. There are plenty of feminists who would share with many Christians a pretty strongly negative view of the 1960s sexual liberation and its impact on women, for example.

In fact, if you make a sweeping generalisation about feminism – targeted at those feminisms which are openly hostile to Christianity – it may be heard instead as a trivialising the real suffering and vulnerability of women.

The sad thing is, I think, that we’ve spent more time in church worrying about the cultural aspects of feminism and the debates about women’s ministry in the church, but said far too little about the grave evils that so many women face, even in a supposedly enlightened country such as our own.

This is not to say that debates about ordination and ministry are unimportant. It is important to say that churches who ordain women have not thereby ended their culture of sexism; and neither have churches who don’t ordain women not done so because they are necessarily sexist. That’s a furphy, it seems to me. But can we have a discussion about how as churches we can be truly counter-cultural – by standing against the vile and violent misogyny that is so prevalent in our culture? And that means: can we see that our real captivity to culture lies as much with misogyny and patriarchy as it does with the feminism that opposes these things?

This poverty of cultural analysis has partly occurred because of lack of proper attention to the urgent task of reading Scripture in, against, and with a nuanced understanding of human cultures. Dismissing this activity as ‘trendy’ is a terrible dereliction of duty. It is the calling of preachers and theologians to read culture as the prophets did, not least so we can call it to repent; but to do so in such a way as we realise our own cultural embeddedness too.

We need to do this because Scripture tells us how dark and twisted our hearts are, and that we shouldn’t trust ourselves. We need to check and balance ourselves as we read the Bible, because we are very good at seeing what we want to see.