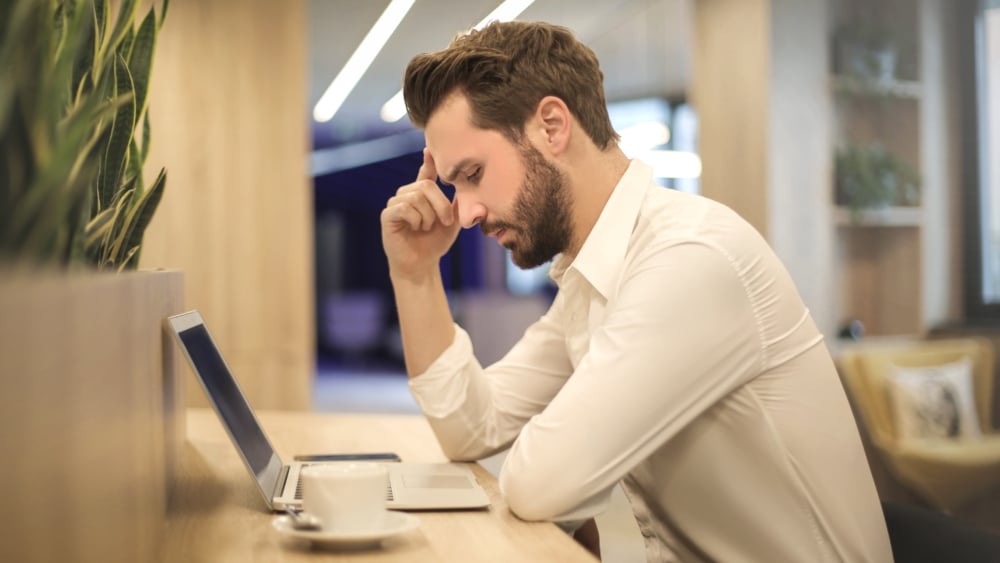 What to do when what you do is bad for you

I meet many people who feel their workplace is toxic. I have spent a lot of time thinking and writing about the good of work. I’ve also considered the bad – and I have an ultimatum for the toxic situations: Stay, pray and persevere as long as you can, especially if you have good support. But if you feel the battle is impacting on your soul — the deep connection with God that keeps you grounded — then leave.

I spoke at an inner-city church on the good of work. Afterwards, the minister introduced me to his daughter who was working for a prestigious management consulting company. He was concerned she was struggling in her job, and it was impacting on her faith.

There was a complete mismatch with her values and the values of the organisation.

I met Louise and she was delightful, but there was a tightness about her face which I recognised. She was someone who was holding her outer self together.

I asked her about her work. She enjoyed the work itself, but the workplace was becoming increasingly difficult.

She felt there was a complete mismatch with her values and the values of the organisation.

She was being encouraged to cut corners to save money, to over-inflate good results and cover up or minimise bad results, and to convince clients to take on additional work that they didn’t really need. Several times she had protested these directives, but been over-ruled, and now her team did not trust her.

She felt isolated, and did not feel valued for the good work that she was doing. Increasingly there was a sense that she was being squeezed out, made to feel so uncomfortable that she would have to leave.

Would God want her to stay and fight? To make a difference for the clients who hired her? Was there a way of changing the corporate culture? If she left, would that be removing Christian influence from the organisation? What about this other worker, should she stay to support him?

We talked for a while, and I shared with her my ultimatum: Stay if supported, leave if your faith is eroded.

It was at that point she told me another point of pressure in terms of her work: she didn’t want to disappoint her father who had been so excited about her getting the role.

Leaving would impact on her career, and the success he had invested in. I was able to reassure her of his concern for her, and encouraged her to speak openly with him.

Workplaces can become toxic, impacting not just the ability to work, but health and wellbeing. Sometimes the toxicity can extend to clients, customers, suppliers … all those impacted by the organisation.

God’s vision for business is the flourishing of individuals who work there, and innovation in products and services that add to creation. A toxic workplace is not just a workplace routinely impacted by sin; it is a place that negatively impacts on people to such an extent that it hardly seems sustainable.

Louise was not the only one impacted by the organisation, but often our silence is mistaken for complicity. She was also not simply uncomfortable because of her Christian faith. The organisation was disingenuous in its dealings with clients as well as employees.

The occurrence of toxic workplaces is quite widespread. I know a teacher who is desperate in a school that has become toxic as a new leader has caused major divisions among staff and parents. Her job is crumbling around her, and she is finding her self-confidence being undermined.

In her case, as in Louise’s, there is a sense of being trapped. Louise felt she didn’t want to let her parents down. The teacher faces demotion if she leaves, and the possibility of being posted to a school a long way away.

Chapman, White and Myra have written a book Rising Above a Toxic Workplace which has some advice for surviving toxic workplaces:

Christie worked for a large toy-making company in sales. She enjoyed her job which involved playing with the products to get to know them and plenty of travel.

We talked a few times about how she applied her faith to her job, and she was really challenged. She could not work out how to do her job without exaggerating the benefits of the product, and misleading outlets about what deals she had with their competitors.

She seemed very comfortable with being a Christian and, basically, lying.

Values Framework from the Bible

Michael Cafferky, author of Business Ethics in Biblical Perspective, has developed a biblically-based Values Framework for considering the decisions we might make. It can be summarised as a series of questions:

If Christie applied this framework she might come up with an entirely different set of actions. Her decision to do or say anything to get a sale may have short-term benefits but long-term consequences.

It is probably not sustainable to continue lying and pretending. It is certainly not a holy thing to do, because we know the Bible explicitly forbids lying.

It does not enhance her relationship with her customers, because it is a relationship based on lies rather than trust. It will not lead to flourishing because it is a controlling situation. It is not a just thing to do, because the price that is determined is based on false premises, and differs between customers. It is not based on truth. It is not wise, because once found out, it will impact on Christie’s reputation, and the reputation of her organisation.

It does not demonstrate love, since her desire is to trick and manipulate the customer for personal gain. Finally, her behaviour actually binds her, because she is fearful of being found out, and it restricts the freedom of the customer also.

When faced with a difficult ethical decision, the following steps will help ensure that you make the best decision possible:

A wise man once told me that the final question he asked himself when making a difficult decision is: “How will I feel if that decision is portrayed as the lead story on a digital news source tomorrow morning?”

Workship 2: How to Flourish At Work

11 impossible people you meet at work (and how to deal with...

Women inspire women to succeed together

So you want to stay in ministry - here's how to avoid...