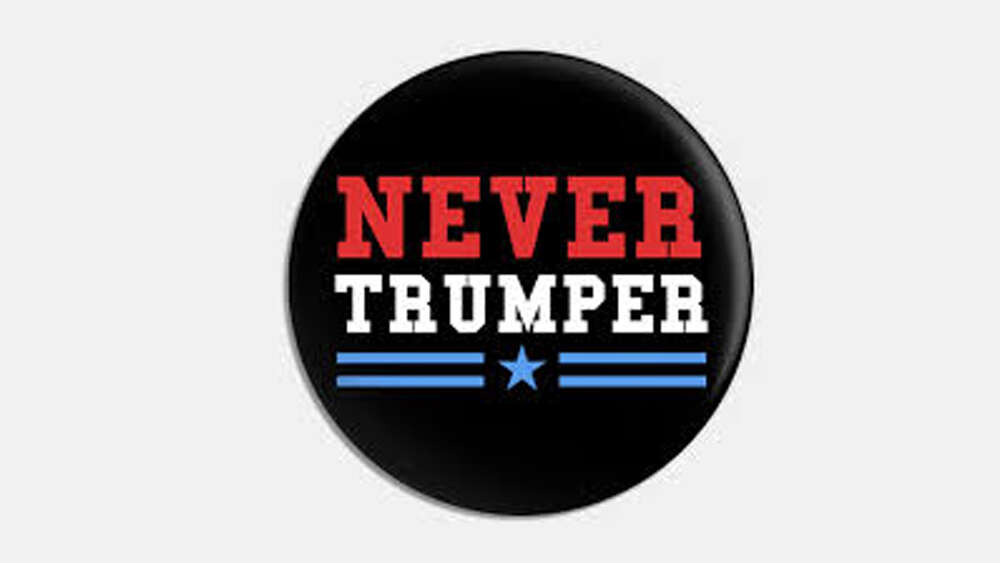 Time to talk: it will be good practice for being in heaven together

There is a spectre haunting evangelicalism – the spectre of Trumpism.

It is time to rewrite Karl Marx’s famous introduction to The Communist Manifesto. But while Marx wrote of a spectre haunting Europe – communism – that he set out to establish, our purpose here is to banish the spectre.

To urge all to rid Australian evangelicalism, in all its Pentecostal and reformed varieties, of Trumpism.

Recently, Eternity published a piece by Presbyterian minister Nathan Campbell on his concern (which we share) about importing that particular American style of conservatism to the great south land. He made it too much about some people, and not about the ideas, a style of discourse we want to discourage.

As it has to be remembered that all those engaged in this debate are actually citizens of Heaven, and Eternity wants them to feel comfortable here or, at least, be prepared to visit. So I have taken down the article. Because I want to dialogue with those who were named – and others too. But I do not want to give ground on the main point of Campbell’s penetrating critique, which was that the forms of communication used by “Christian Nationalists” and many others do not serve the gospel.

Now, that is a strong thing to say to any evangelical Christian. So I am happy to take the foot off the pedal and pursue the argument more slowly than Nathan Campbell did. (And in talking about ‘Trumpism’, not everyone in that earlier Campbell piece will quite fit that sobriquet, or see themselves that way. Let’s continue the discussion anyway.) Nathan Campbell is of the same view that this piece should be retracted, and has posted a statement on his blog.

So what is Trumpism? What does it mean to say someone is acting a bit Trumpy?

In describing the possibilities for future conservative successes in the US, The New York Times’ columnist Ross Douthat describes Trump’s faults: “Trump was at his most unpopular when he behaved grotesquely and ceded policymaking to the Republican old guard, so his would-be successors need to act less like tinpot tyrants, eschew the ranting and the insults, and also make good on some of the policy promises Trump left by the wayside.”

Here we are talking about Trump’s communication style. The rants and insults are based on resentment. Here’s how sociologist Arlie Russell Hochschild describes the deep story of Trumpism in the Atlantic – as a dreampolitik: “Now you’re stuck in line, because the economy isn’t working. And worse than stuck, you’re stigmatised; liberals in the media say every traditional thing you believe is racist and sexist. And what’s this? People are cutting in line in front of you! Something is wrong. The old line wasn’t perfect, but at least it was a promise. There is order in the fact of a line. And if that order is coming apart, then so is America.”

The point is not that “liberals in the media say every traditional thing you believe is racist and sexist”; it is that you resent it – as distinct from disagreeing or opposing it. And you then sneer, and insult your opponents rather than engage them in a reasonable manner – even if they do not.

For Christians, this is especially important. “But I say unto you, Love your enemies, bless them that curse you, do good to them that hate you, and pray for them which despitefully use you, and persecute you” (Matthew 5;44 in the astringent King James Version).

There are Trumpist examples among a newish crop of conservative websites in this country. That’s not to say they are full-blown Trumpists. They are Australians after all.

Here are examples from one site which mounts a nearly continual stream of what’s wrong with society. We don’t disagree with their views about much of what they protest, but believe that a continuing stream of complaint is perfect for creating resentment. (This is not saying that is what that website intends, quite the opposite). It is the “outrage media” style that works so well in America, thanks to the late Rush Limbaugh, Breitbart, Fox News after dark, and the Victory Channel.

We might disagree with a little of the COVID rules but this is a bit too “John MacArthur” surely? (MacArthur’s California church defied COVID rules) “I’m more convinced, than I was, that actual election fraud took place. ” 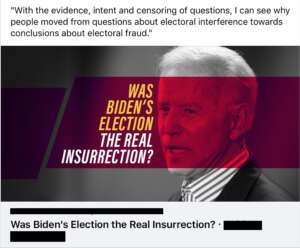 And some interesting heroes, NSW MP Craig Kelly – purveyor of Hydroxychloroquine and other less-than-mainstream COVID treatments. 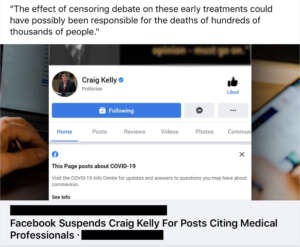 There’s also stories there that rightly should upset Christians – like the sacking of WA Liberal candidate Amanda Sue Markham. Eternity covered that one, and there is quite a few of that sort of double-up.

So this is no sort of blanket condemnation. Things are more subtle than that.

It’s the tilt towards resentment culture that is the issue for me. And the upshot is that the reader forms the idea – “I am better than those people, those progressives etc.”

Eternity columnist and With All Due Respect co-host Michael Jensen asked me a penetrating question this week. “We know what the left-hand boundary of Eternity is – Same Sex Marriage [support for the traditional view of marriage], but what is the right-hand boundary? ”

A really good question. I am working on that. My working answer is that boundary is support for groups like One Nation. I was pleased this week that David Pellowe, convenor of the Church and State Summit conference, in conversation with me changed his position and has distanced himself from the Proud Boys. (By the way, Lyle Shelton has been unfairly associated with that group – he deleted the tweet of the photo I objected to with a “white power” hand signal, but Pellowe kept it up, and had refused to distance himself from the group.) But well done, David. It takes a big heart to change a public stance.

I question the Australian Christian Lobby ‘s decision to endorse the One Nation party in a voter guide. So do many of their members. It is a discussion that group should have.

Some readers will point to Mark Latham raising Christian issues in the NSW Parliament. My message: “Mark, your party needs to evolve and leave the racism behind.”

Now we are in grave danger of throwing stones at other greenhouses, when we occupy one too. Eternity is not perfect. I have had rather a lot of people telling me so this week.

Many centrists – I think that’s a fair description – have questioned us publishing James Macpherson who can fairly be described as a conservative writer. He is provocative. But we want to make sure conservatives, strong conservatives, have a voice that they align with here. It needs to be a well-known figure and a vigorous writer to achieve that goal.

Can we all learn to dialogue better, James included? Yes. Nathan Campbell too. And we want to be the place to go to see iron sharpening iron. Because there has been tribalism among us, so we need to talk. Desperately.

History doesn’t repeat, but it does rhyme. That’s almost a quote from Marx, but actually…