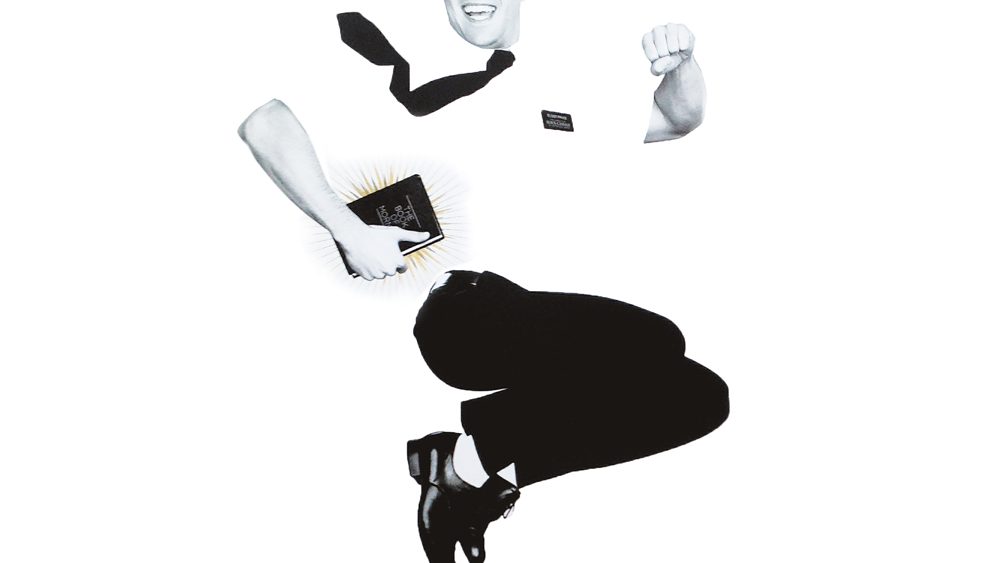 What the Mormons got right

Key lessons about responding to mockery and public criticism

The musical smash hit The Book of Mormon is about to roll into Sydney after a successful Melbourne season. I’ve not been to see it yet, but friends of mine who should know say it is one of the funniest and well put together musical shows they’ve ever seen.

It tells the story of two Mormon missionaries, Elder Cunningham and Elder Price. Cunningham is chubby, insecure and annoying. Price is more over the top – good-looking and attractive, outgoing and confident. Much to their dismay, they are sent to Uganda on their mission.

There they encounter poverty and suffering, and resistance to their message. They also meet Elder McKinley, who has homosexual desires but represses them:

When you start to get confused because of thoughts in your head,
Don’t feel those feelings!
Hold them in instead
Turn it off, like a light switch
just go click!
It’s a cool little Mormon trick!
We do it all the time.

Price is pretty confident that he can convert the locals, and so he tells them about Joseph Smith, the “All-American Prophet,” and the discovery of The Book of Mormon: “Wow! So the Bible is actually a trilogy, and the Book of Mormon is Return of the Jedi?!”

Many of the songs in the musical are savagely satirical of the Latter-Day Saints church, although in the end the message is that religion is ok if it makes people kind (and doesn’t focus on the truth too much).

“You’ve seen the play, now read the book.” – Church of the Latter-Day Saints

But how did the Church of the Latter-day Saints respond? Did they picket the theatres? Did they call it blasphemous and outrageous? Did they seek to bring the power of the law down on the heads of the producers? Did they claim that the musical was triggering them?

Not at all. When the musical opened on Broadway in 2011, they issued the following statement: “The production may attempt to entertain audiences for an evening, but the Book of Mormon as a volume of scripture will change people’s lives forever by bringing them closer to Christ.”

When it came to Los Angeles, the LDS Church bought ad space in the playbill and elsewhere which said things like “You’ve seen the play, now read the book,” and “the book is always better.”

This response has been repeated here in Australia, when the popular musical took to the stage in Melbourne.

In the United States, this strategy has led to the conversion of Richard Marcus, the former mayor of California’s Culver City, who sought out the actual Book of Mormon after attending the theatrical production. The LDS also been praised by public relations specialists for their clever response, taking advantage of a potential negative and turning it into a positive.

The Mormons have been a model of the way more orthodox Christians should go about public discourse.

Now, don’t get me wrong. Though I have a deep respect and affection for the Mormons I know, I am not a fan of Latter-day Saints theology. I think it is a false religion and that Joseph Smith was a false prophet.

But the response of the LDS church to this situation has been, in my view, complete genius. It throws the public – most of whom are completely ignorant of LDS teachings – off guard. Instead of reacting with defensiveness and self-protection, they instead took the opportunity to invite people to investigate their faith. They come out of the situation looking good-humoured, interesting and kind. It makes you wonder: what’s their secret, that they can, as a complete minority, act with such graciousness and openness even when their faith is being ridiculed from a public platform night after night?

The Mormons have been a model of the way we more orthodox Christians should go about doing public discourse. To our shame, we have often been more interested in defending our corner, and communicating our outrage, than actually finding ways to cut through with the gospel. So here are two lessons from the Church of the Latter Day Saints for the Christian churches of Australia.

First, if we really believe the truth of our message, then we don’t have grounds for fear. Now, I don’t know how that works for Mormons, but for orthodox Christians it works like this. We believe that God who called worlds into being from nothing, is the God who raised Jesus Christ from the dead. And that God – the Lord, the Father – gives life to our mortal bodies (Rom 4:17). We have nothing that can condemn us, and nothing that can separate us from the love of God which is in Christ Jesus. For the early Christians and for Christians down the centuries that has meant that even persecution can be resisted. We can face persecution and even pray for those who persecute us. We do not enter into conflict to win by worldly tactics – whether that be by exerting power over others or by proving we are the bigger victim so that we will garner the most sympathy or legal help.

We have another tactic which starts from a fundamental security in God. And, from that deep sense of being kept safe in the loving arms of God, we are free to act with good grace and humour for the sake of those who persecute or deride us. We can respond to criticism and satire and mocking not with outrage or offence but with unexpected grace.

If only we were able to laugh at ourselves!

Why are we not known for our good-humoured and unexpected and even witty responses to public criticism? Why have we become a byword for pompous self-protection? Why are we seen by so many as hanging on to our social privilege by our fingernails, desperately hoping that we will remain authoritative while our credibility lies in tatters?

The second thing that the LDS Church has to teach us is that the main thing is mission. What’s our task? What are we here for? We are here to hold out the word of life to the people who are our fellow citizens. The LDS brilliantly turned a possible public relations disaster into an opportunity for presenting their faith.

Are we going to be surprisingly different, for the sake of Christ’s name?

The example of the LDS should spur us on to be more evangelistically innovative and daring. Why have there been no coordinated interdenominational mission efforts since 2009? Couldn’t the Bible Society, the publisher of Eternity, be the catalyst or host for such an effort going forward? Where do we see the rapid investment of church funds going to at the moment?

Or, to put it more positively: let’s seize the initiative, now that the wearying campaign about marriage is over, to use everything we have to present Christ to our nation. We’ve copped a pounding in the media lately. How are we going to respond?

Many Australians have decided that the Christian story is no longer compelling because they find Christians and churches not compelling and even often abhorrent. With the absence of a source of meaning, though, they are in a state of moral and spiritual confusion. I talk to secular parents in my local area who are deeply concerned for the current generation of young people who don’t seem to have any framework for living a meaningful human life. And yet, they can’t see that this is exactly what Christ offers them, because we haven’t been able to break through their impression that the church is the last place you’d look.

What do they need to hear? The gospel of Jesus Christ!

We have news that is utterly absorbing and totally convincing. It’s far more compelling (with respect) than The Book of Mormon! All we have to do is communicate Jesus like we actually believe in him, as if he actually gives shape to our lives. So let’s get on with it.

Michael Jensen is the rector of St Mark’s Anglican Church in Darling Point, Sydney, and the author of several books. If you would like to receive a daily devotional from Michael Jensen, email him at [email protected], twitter: @mpjensen