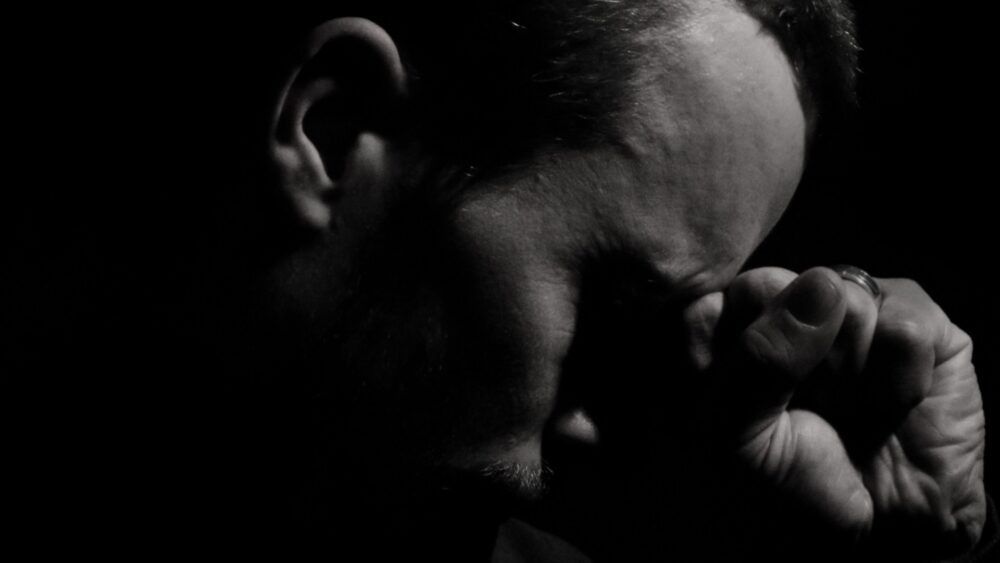 When a husband is abused by his Christian wife: One man’s story

Hello. My name’s Bill* and I live in Sydney. Some time ago my marriage broke down and I found myself in the miserable hell that is marital separation and divorce. For me, that journey was even more painful and confusing than for some others because I am a Christian – and so is my now ex-wife.

When we were still married, I used to get abused a lot. Not physically, but verbally and emotionally. The most painful form of that abuse was long sessions where my wife would verbally kick me in the guts for something she didn’t like that I had allegedly done or said, about ten or 15 years earlier.

Domestic violence and abuse is an awful reality in Australian society, including within Christian communities. Eternity has shared many personal stories and expert opinions on this triggering subject. Here is a selection of them for you to consider.

She would move backward or forward in time from there, fixating on other things she was unhappy with about with me and making various attacks on my character.

The issues she had with me never seemed to go away.

The abuse got worse about three years before we finally separated. One particular incident saw my parents get in some trouble and I was asked to help them. My wife insisted very angrily that I did not help, and I complied with her demand for the sake of peace. But even when I had done what my wife asked, she stayed angry at me. I was so mad at being attacked unfairly that one morning not long after, I inspected a rental property some distance from the marital home – with the intention of separating from my wife. I was surprised that I wanted to do this because I strongly believed Christian spouses should stick together and work through their differences.

In hindsight, I can see I had had enough of the abuse and couldn’t take much more. However on the train back from that inspection, even with email abuse from my wife coming at me via my mobile, I made the decision to try and stay and work through the issues.

I think that decision to stay was a mistake because the abuse continued. Counselling didn’t work because she would abuse me in the counselling room and I felt the female counsellor would allow her to do that. I came to the point where I wanted to die, and people who cared about me were concerned I would self-harm. My minister actually said to me ‘Bill, I don’t ordinarily say this to people but I think you should leave for your own good’.

In the end, I did leave, and my wife – who knew I was thinking about suicide – became very concerned. That was also when her behaviour became so strange it became clear that she had a mental health disorder, for which a formal diagnosis was subsequently reached by medical professionals.

During this period I returned to try and help her, but she then asked for a separation. I reluctantly accepted that I had to move on.

The verbal abuse continued via text messages and emails until I complained to my ex-wife’s minister. I suspect he persuaded her that it was probably better that whatever formal communication was required regarding custody of our children needed to happen through a third party. Just before that arrangement was made, I was getting ready to go to the police to get an Apprehended Violence Order and make it stop.

I don’t like to be verbally abused, so I will never speak to my ex-wife again.

Now, I know what some of you are thinking and I agree with you. Yes, there are always two sides to every story. Indeed, could it be that I am an abuser who is claiming to have been abused? All I can say is that I made my ministers fully aware of what was going on and they took no action against me. More than once, after telling them what I thought I had done wrong, I invited them to kick me out of church if they investigated my home life and determined I was an abuser.

I said to one of them ‘How come you believe me? I could be a liar’. He graciously said, ‘I’ll take that risk’.

Before I go any further, I also want to make this crystal clear: Abuse and domestic violence where a female is the victim is absolutely unacceptable to me. I know we Christians believe in repentance and forgiveness, but my first gut reaction to the news that some Holy Joe hypocrite has abused his wife is that he should be expelled from church and never allowed back … in addition to whatever the police want to do.

From sad personal experience, I can tell you that a Christian woman can abuse a man.

Now, separation and divorce for me was no picnic. I was briefly homeless. After that I was not in good physical health for a while. It took about 18 months to recover mentally, and now ongoing is the financial recovery. I have a weaker relationship with my children, with whom I was previously close, because I see them less often. And I had to change so much in my life – from my residence to my car, church  and my circle of friends. The good news is that I recently remarried, to a fine Christian lady who also knew the pain of divorce, and our relationship is going well.

How often is it in Australian churches that Christian women abuse Christian men? Judging from conversations I’ve had with others in a similar situation to me, more often that many of you might think.

I am concerned that many Christians might believe a myth: That women are never abusers.

That description rang true to my experience. In fact, it triggered some anger in me because it seems that always a women’s experience is linked with such descriptions. But if you flip the genders around, that paragraph described what I went through before my separation. From sad personal experience, I can tell you that a Christian woman can abuse a man.

What should churches do when they find abuse, whatever the gender of the perpetrator? Believe the victim. Take action to protect him or her from further abuse. And then take action against the perpetrator – whatever his or her gender. I’ll leave you to ponder if churches do a good job of the latter.

* Not his real name. Name changed to protect privacy.

If this article has raised issues for you, please contact these support services as soon as possible:

More state-based support services can be found on the Department of Social Services website.

A survivor of an abusive marriage issues a challenge

What you need to know this week: Prime Minister Scott Morrison’s wife Jenny gave her…

Michael Jensen on the interview with an apostle