Is it true that the more we discover about life from a scientific perspective, the less we need God?

Professor Ard Louis is one of the world’s leading theoretical physicists. He sat down with John Dickson to talk about why he fervently believes that we don’t need to prove God exists.

Ard is serious in his quest to have a coherent system that makes some sense of the world. It’s what he gets out of bed to discover every day. And he’s not afraid that the more he discovers, the less he’ll need God. Quite the opposite:

“Science is one of the parts of the world that actually increases the likelihood of God being there,” he says.

Thanks to our season sponsor – Selah – for all your travel needs, whether you’re a doubter or a believer. Find out more at myselah.com.au. 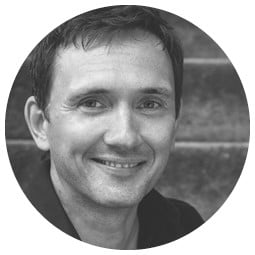 He also has a keen interest in molecular gastronomy, applying science to the art of cooking.

On a lighter note, Ard says in his bio, his Erdos-Bacon number is 6. “I have an Erdos number of 4 through Jonathan Doye and I have a Bacon number of 2 through Morgan Freeman.”