Since Good Friday, 13 women’s lives have fallen victim to the deadly coronavirus. They were all nuns from one convent located outside of Detroit, Michigan, in the United States.

The nuns who died equal one-fifth of the population of the Felician Sisters Convent in Livonia, Michigan, and were aged between 69 and 99.

The sister most recently lost (not pictured or featured in this story) died from complications during recovery from the virus, after the convent announced no active COVID-19 cases on 22 June.

“Sadly, we lost another of our older Sisters due to the residual effects of the coronavirus, which can cause continuing difficulties with other chronic medical conditions. Some of our Sisters who have had COVID-19 are struggling to recover from a variety of effects, including continuing weakness, respiratory issues and more. We ask for your prayers as we support them in their recovery,” wrote Sister Mary Christopher Moore, Provincial Minister, in a statement.

The Global Sisters Report, a nonprofit Catholic news site, stated: “… the 13 Felicians lost in Livonia may be the worst loss of life to a community of women religious since the 1918 influenza pandemic. And in many ways, because of the restrictions in place to prevent a return of the virus, sisters’ grieving has yet to begin.”

“All aspects of community are still either prohibited or severely limited. Sisters could not attend the funerals. There are limits on the number of people allowed in the chapel. They cannot enter each other’s rooms. They had been eating one sister to a table, dining in three different shifts.”

Today, Eternity pays tribute to these impressive Christian women and their accomplished lives of service. 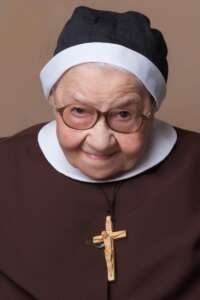 Born in South Bend, Indiana, she joined the order after high school.

Sister Luiza was diagnosed with multiple sclerosis at a young age but still went on to work briefly as a school teacher.

At the Livonia campus, she assisted with laundry, in its hobby shop and also packed bread for the poor. 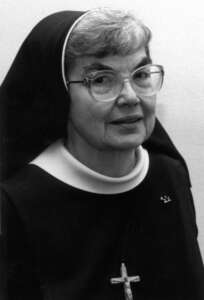 Born in Detroit, Sister Celine Marie was an organist, librarian and director of volunteers at Angela Hospice Home Care, yet her primary mission was education.

She earned a bachelor’s degree in English in 1960 from Madonna University, a master’s degree from Wayne State University, and spent a total of 55 years in education – including 27 years as a librarian, working at two high schools and one university. 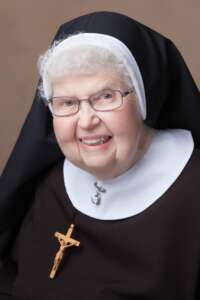 Born in Detroit, Sister Estelle became a Felician Sister in 1946, professing her final vows in 1954. She completed a business degree (with minors in social studies and English), a secondary education certificate, and a master’s of business administration.

Sister Estelle worked first as an elementary teacher, then a high school business teacher, before being a principal for 14 years.

When she retired from education, she was a supervisor of the business office at St. Mary Hospital and a local minister at her order’s Provincial House, Detroit.

She also worked in its treasury office for 14 years, and only formally retired in 2016. 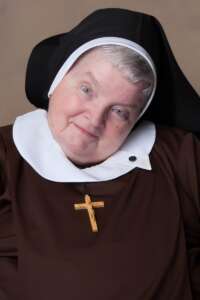 Born in Detroit, Sister Thomas Marie formally joined the Felicians in 1965, professing final vows in 1973. She received a bachelor’s degree in home economics, family life and religious studies, plus a master’s degree at Eastern Michigan University.

Sister Thomas Marie taught primary school and worked at St. Joseph Home for Boys in Jackson. A highlight of her teaching ministry was a project at St. Damian School, Westland, where second graders acted out a commercial written for Campbell’s Cream of Mushroom Soup – and earned a grand prize in the company’s “Bring the Campbell Kids to Life” contest.

Facing multiple sclerosis and other chronic health conditions, Sister Thomas Marie retired from teaching in 1999, and worked as a library aide at Madonna University. She also provided vigil ministry to sisters at the convent who were facing death. 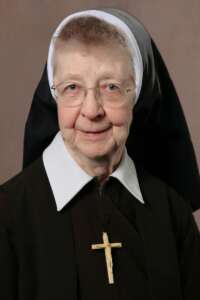 Born in Detroit, Sister Patricia entered the Seminary of the Felician Sisters in Detroit in 1940, pronouncing final vows in 1952. She completed a bachelor’s degree at Madonna University and a master’s degree in religious education at Aquinas College.

Sister Patricia spent 60 years as an educator, serving as an elementary and middle school teacher in 13 schools in Michigan and as a director of religious education.

She served as a pastoral minister on the Livonia campus until 2011. 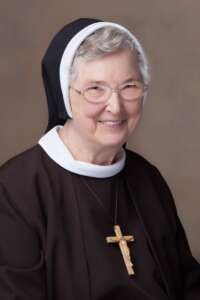 Sister Mary Clarence was taught by the Felician Sisters when she was in elementary school. She made her final vows in 1963 and went on to earn her bachelor’s and master’s degrees in education. She worked as an educator for 48 years and retired in 2008.

In semi-retirement, Sister Mary Clarence was co-director of the St. Philip Outreach Center in South Carolina, and continued to teach and tutor.

She was assistant director of the Felician Associate program in Pennsylvania, then arrived at the convent in Livonia in 2018, where she assisted with the Felician’s Montessori school. She listened to the children read and joined in school activities and evening programs. 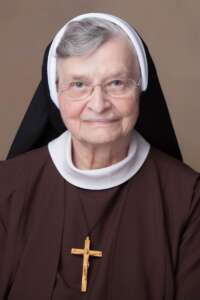 Sister Rose Mary Wolak formally joined the Felicians in 1955, pronouncing final vows in 1963. She enrolled at Madonna College with her twin sister and went on to complete an English degree with a minor in journalism and a secondary teaching certificate.

She was twice assigned to the Felician Generalate in Rome – between 1989 and 2003 – serving as secretary in the English section of the Vatican Secretariat of State.

Sister Rose Mary taught at schools in Livonia and Detroit, and coordinated several yearbooks during her 19 years at Marywood High School in Livonia. She also worked as assistant to the registrar and archives assistant at Madonna University for five years.

After retiring from education, she worked as an assistant in the patient development office in the central convent. 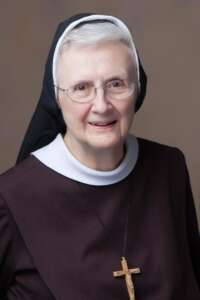 She taught primary and secondary grades at several schools, plus English and journalism at high schools in Wyandotte and Livonia (as well as at Madonna University).

A writer, Sister Mary Janice wrote about the Felicians and Madonna University in a number of publications and authored a book entitled “Felician Sisters of Livonia, Michigan: First Province in America.”

She also was active in the Polish American Historical Association. 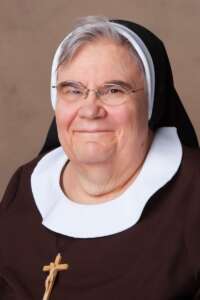 Taught by the Felicians, Sister Mary Ann Alice went on to work as an educator herself for 36 years. She earned a bachelor’s degree from Madonna University and a master’s degree from Eastern Michigan.

She taught primary grades at three schools in the region, and became principal of schools in another four areas. As principal, she was involved as eucharistic minister, and was a regular at basketball and soccer games, school dances and parish raffles.

She retired in 2008, and served as a dining room assistant and in prayer ministry at the convent. 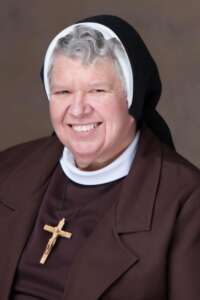 Sister Victoria Marie Indyk was born in Detroit. She entered the Felician community after high school graduation in 1969 and professed final vows in 1978. She received a bachelor’s degree in nursing, with a minor in theology, from Madonna University in 1975, and became licensed as a registered nurse the same year. She also completed a master’s degree in nursing in 1993 and a doctorate in nursing in 2007.

A registered nurse and a professor, Sister Victoria Marie led frequent mission trips of nursing students to the Felician Mission in Haiti.

She worked as a nurse at St. Mary Hospital and St. Francis Home for the Aged, and oversaw nurses at the convent.

In 1997, Sister Victoria Marie joined the nursing faculty at Madonna University, where she was a professor until her death. 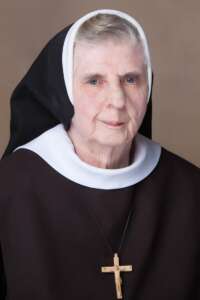 Sister Mary Martinez (Virginia) Rozek was born in Chicago. She attended Felician schools in Bay City, then graduated from the Seminary of the Felician Sisters in Detroit in 1949. She professed final vows in 1957.

Sister Mary Martinez earned a degree in French and a master’s degree in education in 1967 at what is now St. Mary’s University. She taught elementary, middle and high school at several schools in Detroit and foreign languages at Madonna University. She was principal at several schools in Garden City, Detroit and Hamtramck, as well as in Pomona, California.

In later years, Sister Mary Martinez taught Spanish and English as a second language in Indiana. In 2007, she returned to Livonia convent and taught English skills to Hispanic immigrants in the region. 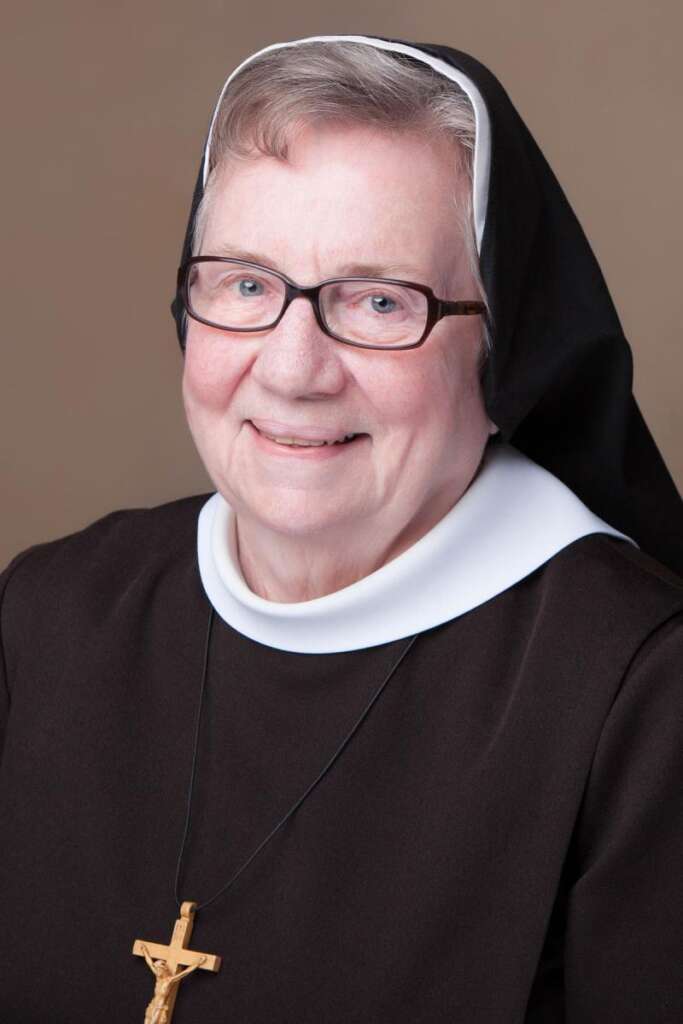 Sister Madeleine entered the Felician community in 1961, professing final vows in 1968. She earned a Bachelor of Arts degree from Madonna (College) University and a Master of Arts degree in Special Education from Eastern Michigan University.

In 1996, when Sister Madeleine went to her family home to care for her mother and sister, who was mentally challenged, she remained an active part of the Felician community. She attended as many community functions and meetings as possible. She also served on the Board of Trustees at Madonna (College) University.