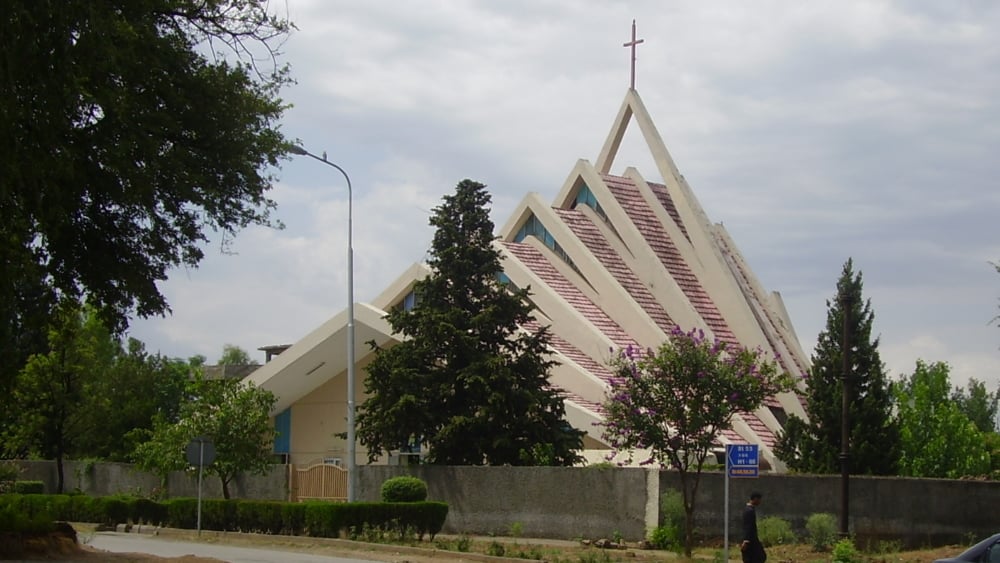 A judge in Pakistan has acquitted a Christian accused of blasphemy one month after two Christians were sentenced to death in an online blasphemy case, sources said.

“He has been declared a blasphemer by the local Muslims, and his life will always be at risk.” – Aneeqa Maria

Masih’s attorney, Aneeqa Maria of The Voice Society, told Morning Star News that the prosecution failed to present even one witness against him during the three-year trial in Punjab Province. The case against him was registered in September, 2015.

Maria said this was also one of the rare cases under Pakistan’s controversial blasphemy laws in which the accused was granted bail just 20 days after the submission of the charge-sheet against him.

“The acquittal is good news for Masih and his family, but they have suffered a lot in the last three years,” she said. “Even though Masih is free from the charges, I have serious concerns for his security. He has been declared a blasphemer by the local Muslims, and his life will always be at risk.”

Masih’s family has said area Muslims entrapped him in a false blasphemy case after he obtained a sand contract in Garra village, near Mandi Usmanwala in Kasur District. Masih’s brother, Jamshed Masih, told Morning Star News at that time that the family was unaware of any accusations until the village mosque’s prayer leader began spreading word that Pervaiz Masih had blasphemed Islam’s prophet, Muhammad, during a discussion a few weeks earlier.

Jamshed Masih said that 300 to 400 Muslims from the village and surrounding areas shouted chants against the Christians and vowed to avenge alleged “disrespect” of their prophet by burning his brother alive.

Pervaiz Masih had obtained a contract for sand from a local dealer at a better price than that of his Muslim competitors. Since then, they had nurtured a grudge against him, his brother said. On September 1, 2015, Masih’s competitors began spreading word that he had disrespected Muhammad, according to Jamshed Masih.

The following day, Perviaz Masih was arrested under Section 295-C of the blasphemy law, which calls for death or life imprisonment for blaspheming Muhammad.

A day before he was arrested, a large police contingent had raided Masih’s village and beat his female relatives and other Christians in their search for him, his wife told Morning Star News.

Masih’s wife, Zarina Bibi, told Morning Star News at the time that police officers kicked family members and struck them with their fists and batons.

“The police just wouldn’t listen to our pleas that we did not know Masih’s whereabouts,” she said. “They searched all Christian houses in the village and tortured everyone they came across.”

On December 13, two Christian brothers were sentenced to death under Pakistan’s blasphemy law. This verdict came down about one month after Christian mother Asia Bibi was acquitted of her blasphemy charge, allowing her to leave death row.

“Qaiser insists that he had closed his website in 2009, but that a Muslim friend somehow had been able to take the website back online while keeping it in Qaiser’s name,” Francis told Morning Star News.

Francis said that CLAAS had filed an appeal against the trial court’s verdict in the Lahore High Court. “We hope that the high court will judge the case on merit, because we believe that the trial judge has convicted the brothers without considering the circumstances,” he said.

Francis said that both brothers are married, and Qaiser has three children. Arrested in 2014, they were tried in the Jehlum District Jail due to security reasons.

Francis told Morning Star News that the two brothers had fled Pakistan in 2010 after a quarrel with some Muslims friends. When they returned four years later, police arrested them on charges of blasphemy.

Christian mother Aasiya Noreen, better known as Asia Bibi, was on death row for nine years after a wrongful conviction for blasphemy. She was acquitted and released on November 7 but remains in protective custody until the ruling is reviewed.

On November 28, the United States added Pakistan to its blacklist of countries that violate religious freedom, ramping up pressure over the treatment of minorities in the country.

US Secretary of State Mike Pompeo said in a December 11 statement that he had designated Pakistan as a Country of Particular Concern (CPC) in a congressionally mandated annual report. This means the US government is obliged to exert pressure to end freedom violations.

One year earlier, Pompeo had placed Pakistan on a special watch list – a step short of the designation – in what had been seen as a US tactic to press Islamabad into reforms.

Pakistan ranked fifth-highest country where it is most difficult to be a Christian.

“In far too many places across the globe, individuals continue to face harassment, arrests or even death for simply living their lives in accordance with their beliefs,” Pompeo said. “The United States will not stand by as spectators in the face of such oppression.”

Nine countries remained for another year on the list – China, Eritrea, Iran, Myanmar, North Korea, Saudi Arabia, Sudan, Tajikistan and Turkmenistan. They are accused of having engaged in or tolerated “systematic, ongoing, [and] egregious violations of religious freedom.”

Although the US Commission on International Religious Freedom (USCIRF) has long recommended Pakistan be designated as a CPC, the US State Department had never done so.

The USCIRF report this year noted that religious minorities in Pakistan continued to face attacks from extremist groups and society at large. It also noted that “abusive enforcement of the country’s strict blasphemy laws result[s] in the suppression of rights for non-Muslims, Shia and Ahmedis.”

Pakistan ranked fifth on Christian support organisation Open Doors 2019 World Watch list of the 50 countries where it is most difficult to be a Christian.

Australia could offer refuge if Canada does not go first

Pakistan’s citizens must now declare their religion when applying for identity documents, or if they…