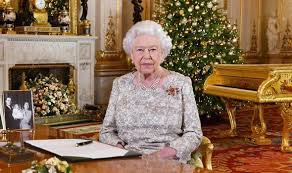 In her Christmas message, the Queen said Christian faith has remained constant throughout her life.

The Queen will say in her Christmas broadcast that Jesus’ message of “peace and on earth and goodwill” is “needed as much as ever”.

According to newspaper reports on London,  she will say in the broadcast to be aired on ABC Television tonight: “I believe his message of peace on earth and goodwill to all is never out of date. It can be heeded by everyone; it’s needed as much as ever”.

Queen Elizabeth II, who celebrated her 92nd birthday earlier this year, will speak of how her Christian faith has remained constant throughout her life.

“Through the many changes I have seen over the years, faith, family and friendship have been not only a constant for me but a source of personal comfort and reassurance”, she will say.

In her Christmas message recorded earlier this month at Buckingham Palace, the Queen also urges Britain to overcome “deeply held differences” by treating one another with respect.

“Even with the most deeply held differences, treating the other person with respect as a fellow human being is always a good step towards greater understanding”, she will say.

Her comments come as Britain prepares to leave the European Union next March.

For Queen Elizabeth II, her annual Christmas broadcast is the only time when she can speak to the 53 member countries of the Commonwealth without input from her government ministers.

As Sovereign, one of the Queen’s titles is Defender of the Faith – first bestowed on Henry VIII in 1521 – but most of the broadcasts made during her 66-year reign made only passing references to the Christian significance of Christmas. But since the turn of the millennium, her messages have become more overtly Christian.

In 2000, the Queen devoted her broadcast to an account of Christ’s life and teaching which, she said, “provide a framework in which I try to lead my life.”

Over the past 18 years, as the West has become increasingly secular, the Queen’s messages have consistently followed an opposite trajectory. They have become declarations of her Christian faith and the values of forgiveness, reconciliation, compassion and service.

Some royal watchers explain the change in direction by stressing the influence of Prince Philip. Others believe the Queen became more open and relaxed about her faith after the death of the Queen Mother.

The first royal Christmas message was given in 1932 by the Queen’s grandfather, George V, and continued under her father, George VI, who was known to be a devout Christian. They began as radio broadcasts but transferred to television in 1957.

Here are a few excerpts showing how the Queen has worn her faith on her sleeve since 2000.

To many of us our beliefs are of fundamental importance. For me the teachings of Christ and my own personal accountability before God provide a framework in which I try to lead my life. I, like so many of you, have drawn great comfort in difficult times from Christ’s words and example.

For Christians, as for all people of faith, reflection, meditation and prayer help us to renew ourselves in God’s love, as we strive daily to become better people. The Christmas message shows us that this love is for everyone. There is no one beyond its reach.

For me, the life of Jesus Christ, the Prince of Peace, whose birth we celebrate today, is an inspiration and an anchor in my life. A role model of reconciliation and forgiveness, he stretched out his hands in love, acceptance and healing. Christ’s example has taught me to seek to respect and value all people, of whatever faith or none.

Billions of people now follow Christ’s teaching and find in him the guiding light for their lives. I am one of them because Christ’s example helps me see the value of doing small things with great love, whoever does them and whatever they themselves believe.

We remember the birth of Jesus Christ, whose only sanctuary was a stable in Bethlehem. He knew rejection, hardship and persecution. And, yet, it is Jesus Christ’s generous love and example which has inspired me through good times and bad.