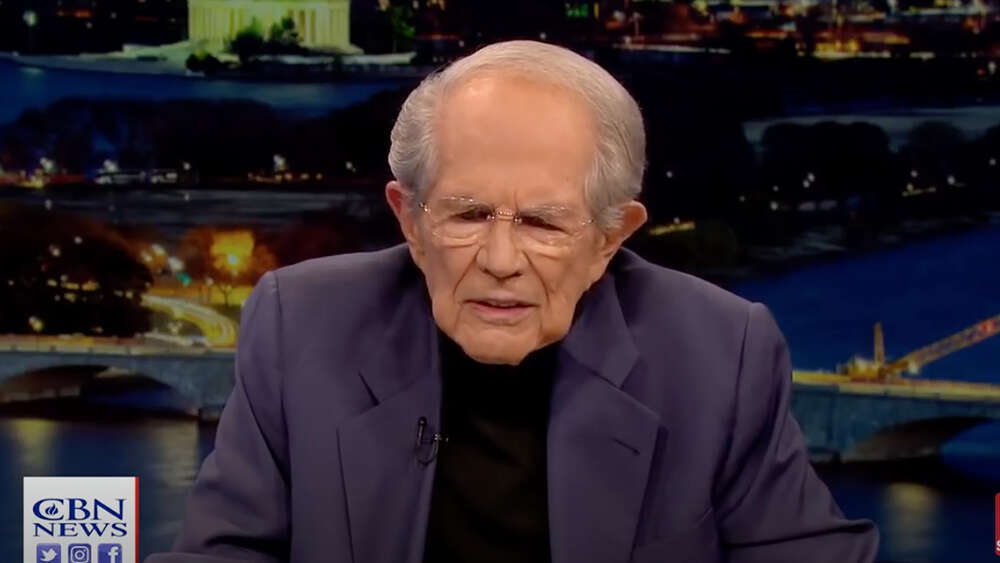 Charismatic leaders, hailed as prophets, have doubled down on supporting their predictions that Donald Trump would win the US Presidential Election and serve a second term. To make that come true, the apparent election result needs to be overturned – and they believe this will happen.

Earlier today, it looked like one high-profile prophet has retracted their prediction. But at present, the prophets are holding to their prediction or, in some cases, are silent.

It seemed Bethel Church’s Kris Vallotton had taken the lead in apologising for prophesying a victory for President Trump. But now his apology appears to have been deleted from Instagram. (See below for the text of his apology).

Youtuber Rulsan KD, who recorded the Valloton apology, asked his followers for examples of Trump prophecies – and claimed to have received hundreds.

Another person regarded as a prophet, Marcus Rogers, responded on Ruslan’s feed: “Hit me up bro. I am still convinced corruption is about to be exposed and I believe Trump is going to win. I also stand by my statement that any Pastor openly supporting Biden I would stop going to their church. Hit me up. I am down to come on anytime”

On Facebook, Rogers says: “God told me He is about to EXPOSE the roots. When these things come out you are going to have to pray hard. They will come out more and more before January.”

On the Christian Broadcasting Network, Pat Robertson has doubled down on his belief in a Trump victory, and that it would usher in an ‘End Times’ scenario linking an asteroid hitting the Earth, Ezekiel chapter 38, The Rapture and parts of the Book of Revelation. (A pre-election version is here.)

However on the 700 Club’s Monday edition he takes a different tack: “Here is my take on the election. In my opinion  think Trump won it, that may shock you… There are cases being filed in many courts but I don’t give them much chance of winning.” He is critical of Trump’s legal team for not preventing invalid votes being counted.

“The rocks are about to move and Trump will be President no matter what you hear,” the Christian Post reports that Kat Kerr – ‘a self-described “revelator” – has posted on The Elijah List (a social media hub for the prophetic movement).

Here is the apology that Bethel Church’s Kris Vallotton had sent out. It may be significant to note that Brian Johnson, Bethel’s worship pastor, has been strongly supporting Donald Trump’s continued fight to hold the presidency – so strongly that he has apologised for offending people with his stridency.

“First of all I want to really congratulate President Biden,” Valloton tells his Instagram followers. “And tell him that I will be praying for him as I did for President Trump, President Obama, and also President Bush. All these years I have been praying for presidents. I just want to say that I pray for your success, I pray for the success of our country. I believe the lot has been cast – I believe the decision belongs to the Lord. You are not only the President of the United Staes you are also my President …”

“… It does not make me a false prophet [but] does actually create a credibility gap.” – Kris Vallotton

“Secondly, I really want to apologise, sincerely apologise, for missing the prophecy about Donald Trump.

“I prophesied that Donald Trump would be President four days … after he declared himself the candidate the first time. That was obviously right. Later on, I prophesied that he would not be impeached and that he would win another term. That was completely wrong. I take full responsibility for being wrong. There is no excuse for it. I think it does not make me a false prophet. It does actually create a credibility gap.

“A lot of people trust me, trust my ministry and I want to say that I am very sorry to those who put their trust in me.

“And there was a major, major mistake. I want to say I am sorry and I want to look into the reasons why there was a disconnection there in what I heard.

UPDATE: Vallotton has posted on Facebook confirming he took his video down:  “Many have people asked me why I took my apology video down. After doing a lot more research, I decided to wait until the official vote count is complete as it appears that there is a significant amount of discrepancy in the process. In the meantime I will be praying and believing for the will of the Lord to be done. If the outcome remains the same, I will repost my apology video. If my prophetic word turns out to be right, I will do the chicken dance in my spandex. God’s speed- humility is still the way forward! ”

UPDATE 2: Dutch Sheets gives a different view of how his prophesy is playing out in Charisma magazine “he …  says that, weeks before the election, God gave him an additional word that has particular relevance in view of the massive voter fraud that seems to have taken place: This is a spiritual battle and, as such, must be fought in the Spirit to maintain the victory God has already given.

“Sheets says God told him, ‘Don’t start over; you don’t have to win again. … because of the prayers leading up to that election, you have established a position of victory. Now, don’t turn this over to man or to humans; don’t give control back to them. Through your prayers, through your spiritual warfare, you have maintained My position in the Spirit, and I’ve given you the victory. Now, don’t stop praying and turn this over to the courts, to the legal system. Don’t do that. Keep it in the Spirit realm. And if you do maintain your position spiritually, you will win this war.'”

Sheets is saying his prophesy coming true  depends on sufficient prayer. Robertson in saying that the Trump lawyers in not acting decisively against polling issues before the election, is the reason a victory that was won, has been taken away.

Other Christian leaders, while strongly supportive of President Trump, do not claim a spiritual authority for their support of him – or a supernatural insight into what is going to happen.

Prophesying a win for Trump is different from simply making a political prediction.

Essentially, Mohler appeals for calm, while allowing the incumbent president to press his claims.

“There is still time for some kind of game changer, but it’s going to have to be something different than what has been presented at least in public thus far, because thus far, there is nothing that would change the fundamentals of the election,” says Mohler.

“One final thought along these lines, [that] this is irreducibly, at some points, a political issue. And thus it was not by accident, it was not for nothing, that former Vice President Joe Biden and Senator Kamala Harris held that public event on Saturday and claimed the victory. Clearly they are trying to send the signal that America should accept the election with them as the incoming president and vice president and get on with it. It’s also political that the incumbent President of the United States Donald J. Trump has not conceded the race and has not yet made exactly clear what he intends to do in coming days. We’ll find that out as it happens.”

Prophesying a win for Trump is different from simply making a political prediction.

However, it may be that some of the people who claimed spiritual authority for their statements about a putative Trump victory confused their strong preference for a socially conservative candidate, with an assurance by the Holy Spirit.

And could that even happen??

There were some apologies, but a lot of simply changing the subject. But the real…

After an embarrassing number of wrong prophecies and bungled predictions about the 2020 election, a…