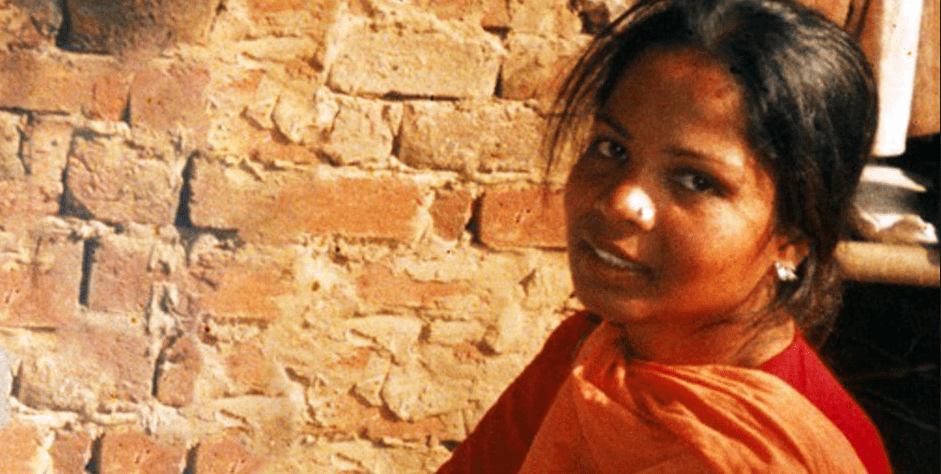 Asia Bibi was sentenced to death in 2010. Her final appeal in the Pakistani Supreme Court was heard last week.

Asia Bibi will be freed after eight years in prison, as Pakistan’s Supreme Court today overturned her blasphemy conviction.

In what the BBC describes as a landmark ruling, Bibi has won her appeal against being sentenced to death for allegedly insulting the Prophet Muhammad.

Her conviction is set aside,” – Chief Justice Saqib Nisar

“The appeal is allowed. She has been acquitted. The judgement of high court as well as trial court is reversed. Her conviction is set aside,” Chief Justice Saqib Nisar read today at the Supreme Court in Islamabad.

The verdict is expected to provoke protests across Pakistan. Even before the decision was announced, there were calls for violence against the three Supreme Court judges who oversaw her case. The country’s hardline Islamic party, the Tehreek-e-Labaik Pakistan (TLP), warned judges via a press conference recorded on YouTube that they would meet a “horrible” end if they didn’t go through with the death penalty.

Bibi has been in prison since 2009, when she was sentenced to hang for insulting the Prophet Muhammad. She was reported to authorities by a Muslim woman and an Imam for the insult. In her biography, Blasphemy: A Memoir, Bibi explains the day “my life fell apart, one Sunday in June.”

She was working in the fields outside her village, as part of a large falsa-berry harvest. Bibi outlines the difficulties she faced just by being in the Christian minority in her village; she was paid less than her Muslim co-workers in the fields, and expected to fill a larger bowl with berries for the same pay.

But it was when Bibi pulled up some water from a nearby well, dipped her cup into the bucket and drank, that she heard the shouts.

“Don’t drink that water!” one woman screamed at her. Turning to the other workers, the woman said, “Listen, all of you, this Christian has dirtied the water in the well by drinking from our cup and dipping it back in several times. Now the water is unclean and we can’t drink it! Because of her!”

The woman told her she should convert to Islam and “redeem herself”. To which Bibi responded: “I believe in my religion and in Jesus Christ, who died on the cross for the sins of mankind. What did your Prophet Muhammad ever do to save mankind? And why should it be me that converts instead of you?”

To this, Bibi was called a “piece of filth” who would “pay dearly for what you’ve said.” A few days later, as she was working in another field, she was mobbed by an angry crowd and beaten. Taken back to the village, the local Imam confronted her with the accusations of blasphemy. “You can redeem yourself only by conversion or death,” he told her.

She was beaten until she was barely conscious, and then arrested by the police. She’s been in prison ever since.

Bibi was sentenced to death by hanging in November 2010 in the lower court in Nanka district, a verdict confirmed four years later by the Lahore High Court.

Bibi’s appeal to the Pakistani Supreme Court was heard on October 8.

Speaking out against the country’s blasphemy laws is a dangerous platform.

Speaking out against the country’s blasphemy laws is a dangerous platform. In 2011, the governor of Punjab, Salmaan Taseer, was murdered after he called for blasphemy laws to be reformed or abolished. Only two months later, Pakistan’s minister for minorities Shabaz Bhatti – who also spoke out about the need to reform blasphemy laws – was killed by assassins. Bhatti was also the only Christian in Pakistan’s cabinet, and, according to The Guardian, had predicted his death because of his defence of religious minorities in the country.