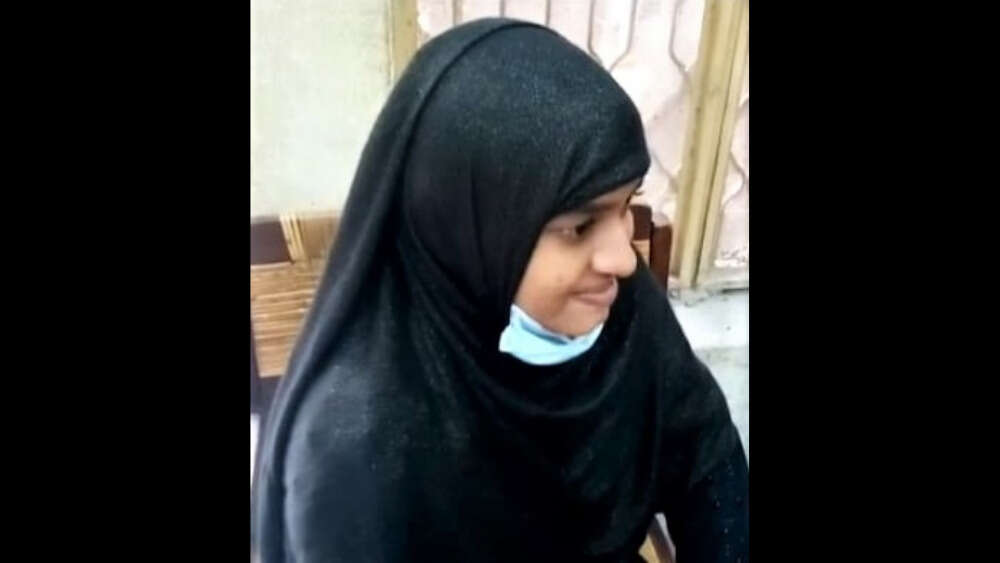 The Lahore High Court (LHC) rejected the petition filed by Gulzar Masih, a poor rickshaw driver from Faisalabad seeking the recovery of his daughter, Chashman, from the custody of Muhammad Usman. In his petition, Masih stated that the police had found his daughter but refused to hand over custody to him, saying she had converted to Islam and married Usman.

Masih said he approached a local court in Faisalabad, but it dismissed his application for the recovery of his daughter.

In the LHC ruling, Justice Tariq Nadeem stated that Islamic jurists regard mental capacity of a child as crucially important for conversion to Islam.

“It is a matter of faith,” Nadeem stated, adding that neither the Koran nor any specific hadith (sayings and acts of Islam’s prophet, Muhammad) expressly stipulates minimum age for conversion to Islam.

“Hazrat Ali was only 10 when he accepted Islam,” Nadeem said, citing the example of the fourth caliph of Islam.

The judge stated that Muslim jurists generally regard the age of discernment for religious conversion as puberty.

He also noted that Masih had stated the age of his daughter as 17 years in the First Information Report (FIR). Masih has told Morning Star News that he was so numbed by his daughter’s disappearance that he had mistakenly stated in the FIR that she was 17 years old, even though she had turned 14 on May 13. Her birth certificate shows she was born on May 13, 2007.

In his ruling, the judge noted that in her recorded statement before a judicial magistrate, Chashman had stated that she voluntarily contracted marriage with Usman. In her statement, Chashman said that she was of age and had converted to Islam of her own free will without any coercion, and that no one had abducted her.

Kidnapped Christian girls commonly face threats that they or their family members will be killed if they do not testify in court that they converted and married of their own free will, rights advocates say.

Intercourse with a girl below the age of 16 is statutory rape in Pakistan, but in most cases a falsified conversion certificate and Islamic marriage certificate influence police to pardon kidnappers. Church leaders and rights activists said they fear that shelter homes, police and courts facilitate the forced conversions of Christian girls.

Police in late July received images by phone of an Islamic conversion letter, Islamic wedding certificate (Nikahnama) and an affidavit apparently signed by Chashman that she had willfully converted to Islam and married Usman. The conversion and marriage was registered by a cleric of an Islamist religio-political outfit, the Pakistan Sunni Tehreek, on July 29 in Sahiwal city, according to police files.

After his daughter failed to return home from school on July 27, Masih, a Roman Catholic, had telephoned Samnaabad police in Faisalabad and filed a missing persons complaint. Police recovered call records showing that Chashman had received a call from an unknown number on the day she had gone missing; the Islamic marriage certificate, conversion letter and affidavit later came from the same number.

Child marriages are criminal under Pakistan’s Child Marriage Restraint laws. While Pakistani law recognizes intercourse with a girl below 16 years of age with or without her consent as rape punishable by death, courts have repeatedly held that marriage of an underage Muslim girl cannot be termed invalid because Islamic law holds that a consenting girl who has reached puberty can marry, human rights lawyers say.

Pakistan leads the world in forced marriages, with about 1,000 Christians married against their will to Muslims from November 2019 to October 2020, according to Christian support organization Open Doors’ 2021 World Watch List report. In terms of abductions, the report listed Pakistan as fourth with an estimated 100 kidnappings.

On July 1, the Lahore High Court sent 14-year-old Nayab Gill with her alleged 30-year-old abductor. Both the trial court and the high court rejected her official birth documents and accepted her verbal claim in court that she’s over 18 years old.

Nayab’s parents have appealed to the Supreme Court of Pakistan with help from the Church of Pakistan for their daughter’s recovery.

In his ruling last week, Nadeem noted that Pakistan’s Supreme Court has held that Article 20 of the Constitution grants rights to citizens to propagate their faith, but that right does not allow anyone to convert a person to another religion by coercion or inducement.

“Forced conversion or imposing beliefs on others rather constitutes infringement of the right to freedom of religion,” the judge stated.

At the same time, a bill aimed at deterring forced conversions was rejected last week.

The Federal Ministry of Religious Affairs and Interfaith Harmony on Thursday (Sept. 23) returned the Stymie Forced Religious Conversion Bill to the Federal Ministry for Human Rights after objecting to several aspects. The ministry opposed the minimum age of 18 years for religious conversion, appearance before a judge and a 90-day waiting period, saying these restrictions were anti-Islamic, illegal and violated the fundamental constitutional rights of an individual.

Religious Affairs Minister Pir Noorul Haq Qadri said in an official statement that the bill was returned to the Human Rights Ministry after consultations with religious scholars and the Council of Islamic Ideology (CII). Saying the bill was contrary to sharia (Islamic law) and basic human rights, he stated that it could be used to discourage people from converting to Islam and would create hatred between the Muslims and non-Muslims.

The rejected bill includes recommendations for validating conversion, stating, “Any person who is not a child and able and willing to convert to another religion will apply for a conversion certificate from the additional sessions judge of the area where the person ordinarily resides.”

The bill calls for an application form that would include conversion candidates’ current religion, age, gender, national identity number, reason for conversion and details of parents, siblings, children and spouse if any. It suggested that the additional sessions judge shall set a date for an interview within seven days of receipt of the application for conversion.

“On the date provided, the person shall present himself/herself before the additional sessions judge who shall ensure that the conversion is not under any duress and not due to any deceit or fraudulent misrepresentation,” the bill states.

The additional sessions judge may, upon the conversion candidates’ request, arrange his/her meeting with religious scholars of the religion the person wishes to convert to, according to the draft. A clause also empowers the additional sessions judge to grant 90 days to the person to undertake a comparative study of the religions and return to the office of the judge.

“Only after satisfaction, the additional sessions judge may issue the certificate of change of religion,” the draft legislation states.

Though the government does not collect data on forced conversions, the Centre for Social Justice (CSJ) noted that media reported 162 questionable conversions between 2013 and 2020, including abuses that occurred in violation of religious freedom stipulated in Pakistan’s constitution of 1973.

The U.S. State Department in December re-designated Pakistan among nine other “Countries of Particular Concern” for severe violations of religious freedom. Previously Pakistan had been added to the list on Nov. 28, 2018.

This article was first published by Morning Star News. It is reprinted with permission.