Tamlyn Russell, who pastors Co Church in KwaZulu-Natal  South Africa, alongside her husband Bevan, provides an update on recent events in South Africa and asks Christians to pray.

Our former president, Jacob Zuma, was imprisoned last week for his not upholding the law, and since then, lawlessness (violent rioting, burning, shooting, looting …anarchy) has broken out in our province of KwaZulu-Natal and now beyond.

A brief explanation of some of the why: South Africa’s tribal communities include that of the Zulu. Zuma is Zulu. The Zulu’s are native to my province, KwaZulu-Natal (KZN) and feudalism is probably the closest description of their mode of traditional communal being. What a constitutional democracy would see as corruption for self gain and misappropriation of funds (devastating in a nation where poverty stats are too high and the funding desperately needed to be administered rightly), feudalism could see as the leader’s right and be tolerated, even supported, by the greater community. Please note that this is not the way of all Zulu people today, but culture can trump common sense and evil leaders do prey on cultural loyalty and lack of education (where it sadly exists) to whip mass support of their evil agendas.

Numbers speak in a democracy and South Africa is a democracy …with many cultures to consider. It’s the cultural disparities in thinking in our Rainbow Nation (called such for its variety of people), past hurt looking for opportunity to be avenged, and last week Wednesday’s imprisonment deadline realised for Zuma that has us living in a surreal reality right now. Organised outcry to South Africa’s first and only Zulu president being charged and arrested to serve a jail sentence – for repeatedly not showing up for scheduled court dates for a commission investigating some of his (and others) corruption crimes – have snowballed into absolute anarchy and opportunistic crime here.

Many celebrated a massive step forward for justice in South Africa last week, a new and needed precedent whereby consequence for unlawful action was and would be taken after years of blatant (and opulent) disregard for the law at a leadership level in South Africa, while others would not accept the judicial system and have used it’s results to rally the impressionable to wreak havoc on their own nation.

In a time of ‘fake news’, it’s difficult to know which voices to trust; but what was started by a political few it seems, has gained momentum through mob mentality and opportunists taking the looting of stores, burning of buildings and disregard of people’s lives to something quite unprecedented. The burning and ransacking of grocery stores (too many to count) and malls, pharmacies, factories, car dealerships, storage units, supply hubs, trucks and other businesses is a devastation that impacts and will continue to impact us all for a long time. The restoration journey ahead is mammoth!

While we did feel the need to start readying ourselves for the potential of needing to evacuate our home yesterday (as friends had needed to evacuated theirs) as gunfire and smoke from burning buildings in the valley just below us picked up; and while members of our community armed themselves with bats and guns, swords and bullet proof vests (or in our case, nothing but a body count) and rallied at the strip of shops at the entrance to our neighbourhood to protect our local shops and businesses and homes, my family have not been physically harmed in any way and for that I am grateful.

Organised outcry to South Africa’s first and only Zulu president being charged and arrested to serve a jail sentence … have snowballed into absolute anarchy and opportunistic crime here.

The crowd coming for our local stores yesterday dispersed at the sight of civilians standing up in protection of their people … people of all races and backgrounds, I might add. Other communities engaged in what looked like war yesterday. The footage was difficult to believe. The way communities have united and innovated across KZN, with emergency neighbourhood watch systems formed and implemented immediately is actually inspiring and leaves us all proud of the bravery and ownership in our nation.

Volunteers took shifts through the night last night and again today and tonight as police have been completely overwhelmed and unprepared (running out of rubber bullets and other ammunition early in the day and not all, but some, standing by as crowds took the control a police department should). A disappointing, but unfortunately not surprising, reality as warnings of shutting down the nation where given prior to the former president’s arrest.

With our knowledge and peace of a Father in heaven whose angel armies, we prayed over our family and into the chaos that was in every corner of our province we weren’t fearful, but grieve for a nation hard hit by covid lockdowns and now this, devastation, as the economy and business owners are trying to recover, people are trying to keep their jobs, and the poor suffer on.

Please pray with us, as looting and protests somehow still continue in certain areas, despite the army having been dispatched to support the police yesterday. The presence of law enforcement teams haven’t instilled confidence, and so please pray for the civilians on our streets stepping up to protect their neighbourhoods and families.

Please pray for the systems we usually take for granted as household supplies and needed medications are harder to come by than usual and people need to feed and care for their families health. Please pray for our roads as transport needs to open up again so the rebuild can begin. Please pray for confusion into any evil agenda as reports of further strategy to see suffering roll out across our nation surface.

Please also celebrate with us, and be encouraged by the already answered prayers as other reports come in of crowds backing down and homes, like ours, unscathed in it all. Please pray for the fear, loss and hurt in people’s lives here; for the poor who always hurt the hardest in these scenarios, for hearts to stay healthy and that beauty would come from these ashes in Jesus name.

In the words of Reverend Trevor Huddleston:
God bless Africa
Guard her children
Guide her leaders
And give her peace.
Amen

The making of a Christian apologist

Christine Crump is Head of Pedagogy at Swan Christian College, Western Australia. “Today we have…

Heal Country: Back to the Garden of Eden

Heal Country: Back to the Garden of Eden

Police and mob violence, government cover-ups and deliberate discrimination against religious minorities in India are…

Update July 11: The scheduled performances of Babette’s Feast in August have been cancelled due…

(And is watermelon really in the Bible?) 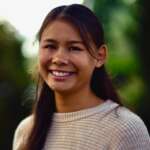 Missionary Diary: Making the most of strange times in France

Missionary Diary: Making the most of strange times in France

After praying for other missionaries in France for years, Kate Morris and her husband, Daniel,…