Daniel Shayesteh confesses that he would never have left his homeland of Iran if he knew he would end up in a church. He would rather have died than consider Christianity.

“You are brainwashed from childhood so that you never think about it and never want to be a follower of Jesus Christ,” says Shayesteh, a former Muslim revolutionary who helped to overthrow the Shah and bring Ayatollah Khomeini to power.

Yet when he read John’s Gospel for the first time, he was so swept away that he put down his Bible and rushed to the window of his rented flat “desiring to find someone and say, ‘This is amazing!’ 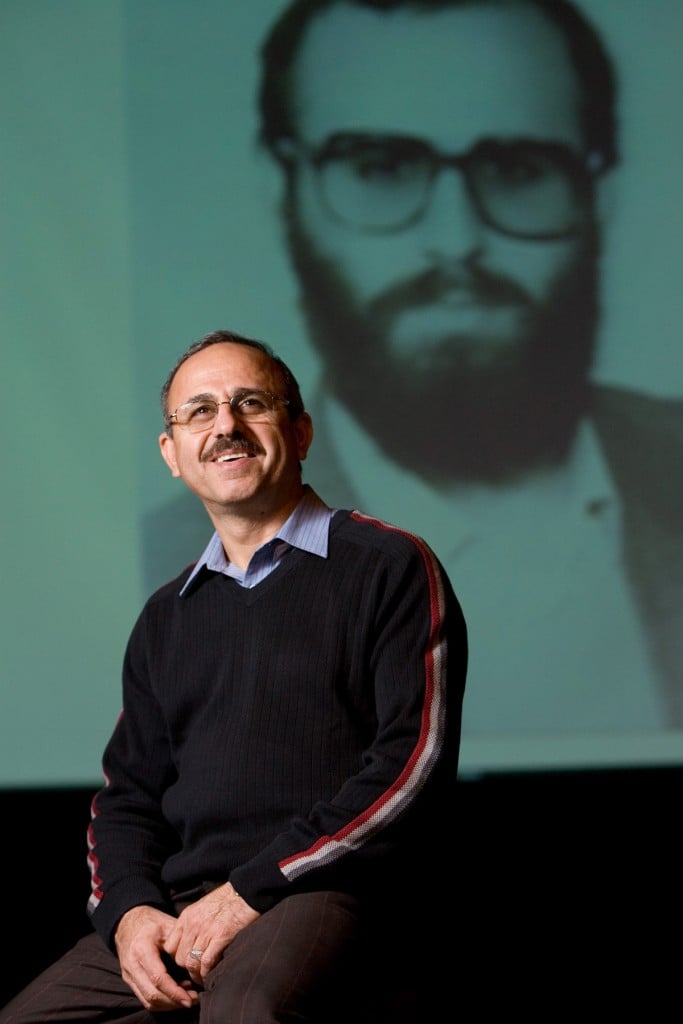 “I just was fascinated by John’s Gospel. The mightiest God-philosophy book among all religious books in the world, it not only reveals God to you but puts your hand in the hand of God.”

Shayesteh told Eternity that when he first read “the word became flesh” in John chapter 1, it captured the entirety of his being. By the time he had finished reading the gospel, he had lost his religion.

“I fell in love with the Lord. Not only spiritually … but logically too, and I saw he is a guy who gave his life even for his enemies. They are coming to plot against him but he is trying to open their eyes, he is paying the price for his enemies.”

Speaking by phone from the United States, where he lives in a secret location to protect his family from possible attack by radical Muslims, Shayesteh now travels the world as a Christian evangelist. Through his ministry “Exodus from Darkness,” he has led thousands of young Muslims to the Lord. He is coming to Australia in May to give his testimony and help churches learn how to deal with radical Muslims.

Growing up in Talesh, in northern Iran, Shayesteh was a religious boy but he found the heartfelt sighs and groans of Taleshi prayers far more touching and attractive than the cold redundancy of Muslim prayers.

But after moving to Tehran to study, he became angry that his poverty was blocking his advancement at the university and joined the revolutionary movement opposing the Shah.

Later, while in the army, he earned fame by the courage he showed in helping to overthrow the Shah and bring Ayatollah Khomeini to power in 1979.

He became a leading politician but became disillusioned with the cruel dictatorship of the mullahs.

“I never thought I would be part of a movement that would establish Islam as a political power in the country and rule by it,” he says.

Shayesteh says before Khomeini took power the Muslim leader had promised not to involve himself in politics but only in religious matters, a promise that later proved to be a “holy deception” (known as Taqiya).

When Shayesteh stood as an opposition candidate in elections, high-ranked clergy warned him that he was in danger of being killed, so he went back to his hometown, where he was ambushed late at night, thrown into jail and tortured.

“The fascinating thing was that Jesus was caught in the dark and I was caught the same,” he says.

“Without knowing anything about Jesus and the gospel, I said to the guys, ‘Couldn’t you catch me in daytime when I’m walking in the streets, but you came and abducted me at night?’ It just dissolved my heart the first time I heard that Jesus said the same. I just wept, ‘What is this, Lord? You were working so hard all through my life’ … It really melted my heart, I said ‘Wow, this is just like heaven coming to me.’”

Shayesteh was sentenced to death and was kept in a cell with four other dissidents, who were hanged. But thanks to the help of two friends, who put their lives in danger, he was able to escape.

With a death sentence still on him, he managed to leave Iran via the Turkish border.

It was in Istanbul that he found himself in a church, asking a group of Iranian Christians for help in tracking down a business partner who had absconded with $50,000 of his money.

When he entered the church, he was shocked: people were playing music (music is evil in the Muslim world, especially in worship) and everyone seemed happy; women were standing, singing and lifting their hands.

“I was just thinking they were beautiful people and when Muslims see goodness in other nations they teach their children, ‘That was ours and they have stolen it.’ But goodness cannot be stolen; goodness is something you achieve if you surrender yourself to the source of goodness.”

After he became a Christian, he faced the terrifying prospect of telling his wife – terrifying because an apostate husband loses authority in his household and the wife becomes the leader.

“I couldn’t tell her while she was in Iran; she would have no choice but to divorce me on the spot and then cooperate with the leaders and work for my destruction,” he says.

Despite his fears, his wife began reading the Bible secretly at night and, he says, discovered that women and men are equally made in God’s image and women are not inferior to men. After a dream in which she saw Jesus lifting a valley and making the way straight for her, she converted to Christianity.

Sponsored to migrate to Australia in the 1990s, Shayesteh says he led 70 Muslims to Christ in Sydney, including a member of a terrorist group who approached him with a plan to kill him.

Now based in the United States, he has a project to record 22 of his comparative religion teachings and send them to the mission field among Muslims. He has already completed the English and Farsi versions and is working on Arabic and Turkish.

“From here we are travelling worldwide on our Australian passports,” he says.

After 25 years in the worst places on earth, new World Vision CEO has a message for Australians

After 25 years in the worst places on earth, new World Vision CEO has a message for Australians

‘I learned the opposite to what everybody would think I did …’