In a trendy café in Sydney’s inner west, I order a piccolo latte. Barry Saar looks at me, puzzled. “What is that?” He orders an orange juice.

Barry does not fit the mould of your modern day church planter. He doesn’t fall for hipster coffee trends and would probably have preferred to do this interview in his office, rather than across the road at the newest café in the area. He’s not an ‘up and comer’—he’s 54 years old and has been in full time ministry for 29 years. In fact, Barry says he doesn’t even consider himself a church planter. “I’ve been in one church all my life,” he says, laughing.

Barry’s spent his life at Petersham AOG, one of the oldest Assemblies of God churches in Australia. And for the last 15 years, he’s been senior minister. In that time the church has quietly helped facilitate the beginning of 15 other churches: new Indonesian, Filipino, Spanish churches; a hip hop church in Bankstown and a spattering of English-speaking churches.

In most cases, it’s impossible to tell the new churches have anything to do with Petersham AOG. But Barry says their ‘model’ doesn’t include a branding element—he’s not the pastor of a burgeoning mega church spreading their influence throughout Sydney. Quite the opposite.

Petersham AOG has about 350 to 400 people on any given Sunday. Barry doesn’t want that congregation to grow much bigger than that, for a simple reason: he wants to see people saved and discipled more effectively. And he thinks that can be done best in a smaller church. 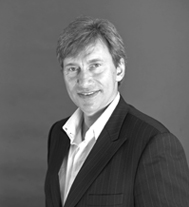 Barry Saar has been helping plant churches out of Petersham AOG for the last 15 years.

Barry’s church has been bordering on the 500 mark many times. So if the decision was to build a bigger building to accommodate more people, or plant, he would choose to plant.

“We want to keep growing, but we don’t want to fill. We have an auditorium that can take 500 people, and that’s a good-sized church for us; it’s still got a community feel. When we get near that 500 mark, we plant.”

He makes it sound so simple. “Every senior pastor in those 15 churches has come out of our congregation. We don’t import someone to do the job.”

Church planting at Petersham AOG is as organic as it gets. Barry tries to empower his people to go out from the church, if that’s what they’re called to do. But he says never once has he ‘sent’ someone. But if someone comes to him had says they think they might like to start a church somewhere else, he’ll help make it happen.

“If God wants them there, I can’t have them here. We need to be where God wants.”

“Sometimes people are bigger than the church they’re in. There’s one senior pastor, there’s one pulpit, but there’s a gift on your life? Maybe you should plant a church.”

Consistently equipping people to leave your church hurts. When planting Embassy Church in Belmore, in Sydney’s southwest, one of the church planters came to Barry with the church address book and a highlighter.

“Can I mark those that I’d like to approach about coming [to the new church]?” the church planter asked Barry.

“I felt like drawing a big protective circle around the whole congregation,” says Barry. A hundred people were highlighted on the list, but Barry says if those people felt like God wanted them somewhere, who was he to tell them no?

“If God wants them there, I can’t have them here. We need to be where God wants.”

Of the 100 asked, 20 left to be part of Embassy Church. The 80 that stayed, says Barry, were strengthened in their resolve to serve in Petersham.

The highlighter has been used on many occasions, once colouring over one of Barry’s own daughters as a potential member of a new church at Wentworth Point near Sydney’s Olympic Park. While she ended up staying to serve in Petersham, Barry’s son has now left to plant in France, and another daughter is part of a plant on the Gold Coast.

All up, over 15 years Barry estimates his church has lost 200 people to church plants. It’s an emotional cost, a financial one and a logistical cost—most of those 200 people were core members of the Petersham AOG community, the church’s best givers of time and tithing.

“It hurts, but we’re trying to be ‘his kingdom’ focused. You go through the pain and then you rebuild the next level of leaders.”

New locations are just as organic as who decides to go. It’s not strategic; Barry isn’t out to fill church voids across the city. “We don’t look at a map and say, we’ve got to do something right there. Someone comes to me and says ‘this is what I feel God is doing, and this is where I think he wants me to be.’”

New churches don’t plant under the Petersham AOG name and the new minister isn’t under Barry’s leadership. “It’s simple, non-branding, autonomous,” says Barry. The churches are part of an informal network that meet regularly to share how things are going and to learn from each other.

Barry has only a few requirements to support someone from his church that wants to plant somewhere else. He often suggests some further theological study. And to be a church planter, there are leadership qualities that should be evident.

“If people are going to follow you, that’s a pretty good sign. There’s that type of ‘second anointing’, like with David in the Bible—anointed King as a shepherd—but the people also asked him to be king over them. I think if you’ve got those two things—a calling from God and from the people who want to be led by you—God will let it all unfold.”

In all this, Barry seeks to build his church to be one that gives, rather than keeps. In the 15 churches that have been planted Barry estimates there are 1,000 new people, far more, he says, than he could ever have reached on his own. “Reach people, grow them, and then be willing to release them for his kingdom’s sake.”