Sent to save sinners: Methodism turns 200

“Send us a preacher lest we die in our sins” was the plea sent to London by a group of Methodists in the very early days of white Australia. The Methodists in London answered the plea by sending Samuel Leigh to Sydney 200 years ago this year. This is an excerpt of a sermon delivered on August 30 by Keith Garner, Wesley Mission’s CEO, explaining why Leigh was a wise choice.

When Samuel Leigh arrived at Port Jackson on 10 August 1815, there was no great reception party, yet within twenty-four hours he was in the presence of Governor Lachlan Macquarie.

When Leigh introduced himself as a Wesleyan Missionary to Edward Eagar [sent to NSW as a convict for forgery but one of the group that had written to London], he received a less than enthusiastic welcome. Eagar replied, “Indeed! I am sorry to inform you that it is now doubtful whether the Governor will allow you to remain in the country in that capacity.”

On that first night, he felt so despondent that he retired to bed overwhelmed by thoughts of what might happen.

The next day he presented himself to the Governor, accompanied by Eagar, and it became clear that Eagar’s fears were not unfounded. The Governor informed Leigh, “I regret you have come here as a missionary, and feel sorry, and cannot give you any encouragement in that capacity.”

Governor Macquarie informed Leigh he did not have the appropriate letters of introduction from the British Government. At the time, there were all manner of sectarian conflicts erupting in the colony and the Governor referred to a recent rebellion, described as being “aggravated by the bitter hostility of both papists and Protestants”. This was probably a reference to the Irish convict rebellion in Castle Hill in 1804. 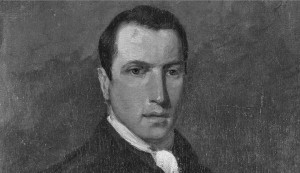 The Governor continued, “I had rather you had come from any other society than the Methodist. I profess to be a member of the Church of England and wish all to be of the same profession and therefore cannot encourage any parties.” Leigh’s approach was to avoid unnecessary conflict and he retained close links to the Church of England.

Governor Macquarie offered Leigh a position in the government and told him he would become much richer and more comfortable than he would by going about preaching. Leigh turned down the offer, insisting he had come to the colony as a Wesleyan Missionary and could act in no other capacity while he remained here.

However, before the interview was over, the Governor seemed to have taken to Leigh’s character and instructed the Surveyor General’s office to provide Leigh with free passage throughout the colony. Governor Macquarie’s change of heart is consistent with the perception of his biographer John Ritchie, who suggested that the Governor saw himself as a “benevolent landlord” of all citizens of the colony from the lowest to the highest.

The autocratic President of the British Wesleyan Conference, Jabez Bunting, wrote to assure Macquarie that there was no intention to be a difficulty to him.

The Governor certainly warmed towards Leigh. In 1816 he was happy to patronise Leigh’s benevolent society and, in January 1819, the foundation stone of a Wesleyan chapel was laid in Macquarie Street on land donated by the Governor. As we know, he also gave land for a chapel in Parramatta and further plots of land followed.

The Governor helped Leigh to launch the first Bible Society in Australia, in March 1817, since Bibles were very scarce, with about one family in ten in Sydney possessing one. Leigh’s concern stretched far beyond localised Methodism.

On Leigh’s arrival in Sydney, he asked where his furniture for a house was and received the reply, “The London Committee understood you to apply for furniture for a horse not a house.” Therefore, he was supplied with a second-hand military saddle, bridle and all other requisites. Again, this would prove to be providential, for Leigh, like John Wesley before him, was definitely a man on horseback.

The horse Old Traveller enabled Leigh to ensure the work grew far beyond Sydney, for example in ten days he travelled about a hundred and fifty miles and held fourteen preaching services in places such as settlers’ cabins, corn-sheds and storerooms.

The meeting with John Lees is marked in our own Wesley Centre with a special prayer chapel and he is referred to in the book at greater length. However, it is worth noting that Leigh was able to forge relationships with people who would, in turn, open up opportunities for the advancement of the gospel.

Leigh endured enormous challenges regarding his own health and, during his time in New Zealand, he records the fact that for three months he was unable to attend to his mission work owing to sickness.

In fact, it was his physical exhaustion that led him to leave New Zealand and return to Australia. During this difficult time, Samuel’s wife Catherine came to the fore. She had concerns about the way children were treated. She used a very simple but effective ploy: making sets of baby clothes for the Maori women providing they brought their babies to her, especially young girls, before they were a fortnight old. The urgency of this was all too obvious.

Leigh was to lose his wife Catherine, who died in an epidemic on 15 May 1831 and was buried at St John’s Cemetery, Parramatta. Leigh was heartbroken. When he left the Southern Hemisphere in 1831 he was exhausted, broken in the loss of his dear wife and in very poor health.

Samuel Leigh had his weaknesses. In a localised history entitled Milton’s Missionary, Pauline Jones says, “Like the rest of us, he had feet of clay, but God was able to use this man who was willing to risk everything for the sake of spreading the gospel.”

His fallibility can be seen in his relationships with colleagues, particularly Rev Walter Lawry. He wrote to London for extra resources and it took two years before a young Probationer Minister, seven years his junior, arrived in Australia. At first things went well. Lawry wrote in his journal, “He is everything I could wish in a colleague.”

This would soon fracture, chiefly over the hand of wealthy Mary Hassall that Margaret Reeson wrote about in Currency Lass. In addition, Leigh’s consistent loyalty to the Church of England was too testing for some of his colleagues.

However, I believe that even in these things we can see the hand of providence in God’s guiding. The Wesleyan leadership in London decreed that the two men were to travel to New Zealand – and then Lawry would go on to Tonga. Colleagues in New South Wales knew that this was not the best plan and so, all too aware of their antipathy toward each other, it was agreed in Sydney that Leigh would go to New Zealand and Lawry would travel directly to Tonga. Leigh’s story in New Zealand was remarkable and Lawry, who found authority difficult, eventually returned to London, making way for the wonderful work of John Thomas and a great spiritual awakening followed in Tonga.

Samuel Leigh was a faithful leader who was fearless.

His early life was very tame in comparison to what would lie ahead in the Southern Hemisphere. When in those early cottage meetings, how
could Samuel have known what he would have to face?

In 1986, the local minister at Milton reflected on Leigh’s life: “Samuel Leigh was one of that mighty army, and the fact that he did not come from Galilee, Tarsus or Rome, but Milton in Staffordshire, should help us to understand that these missionaries were ordinary people such as ourselves, using their gifts in the service of the Lord. They had their roots, their families and their weaknesses. They were not plaster saints, but human beings.”

The Rev George Lane, President of the Methodist Church of Australasia, in his introduction to Colwell’s seminal history of Methodism in Australia, says of Leigh, “For he was instrumental in saving souls and erecting churches; setting in motion waves of spiritual and moral influences which have never ceased to exert themselves for the honour of God, the welfare of mankind and the prosperity of the people who dwell here.”

Samuel Leigh was six years old when John Wesley died. In the cottage meetings where he entered into a meaningful relationship with Jesus Christ, there may have been some who had listened to Wesley himself. Samuel Leigh picked up the baton and we can be certain that he ran his leg of the race with great faithfulness.

O that the world might taste and see
The riches of his grace!
The arms of love that compass me
Would all mankind embrace.
(Charles Wesley)

A review of the beloved Australian author’s Yellow Notebook