The best response to Islam

How should the Christian community respond to Islam, and to the Muslims who live among us?

Many people have expressed to me the concern that a “soft” response to Islam is at best naïve and at worst a form of cultural suicide.

Now, let me say that some of this has 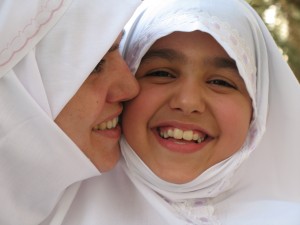 come from ignorance, xenophobia and a tinge of racism.

But not all of this anxiety does come from that place. Some of the people who have spoken to me are intelligent, reflective, and compassionate Christian individuals, who are usually deeply respectful of people of other racial and cultural backgrounds.

Let me see if I can articulate their worry. They would say that Islam is more than simply a cultural or racial difference. Islam is at heart theocratic – which is to say, it is interested in pluralism only up to the tipping point where it can actually achieve dominance. Islamic countries like Malaysia, for example, offer a level of tolerance to non-Muslims, but only so long as they don’t threaten the Islamic identity of the Malaysian state. Persecution of non-Muslim minorities is endemic across the Islamic world, from Africa to Asia.

But applying the generous liberalism of Western democracies – designed to allow Christian sects to live side by side without rancour – to Islam invites into our midst an ideology that isn’t ultimately interested in social harmony, but is rather committed to a hostile takeover. This seems suicidal, and is reflected in the bizarre spectacle of left-leaning groups like the Greens making gestures of support towards Islamic groups – which have completely incompatible (you would have thought) ideological views on things like women, gays and social policy in general.

Is the idea of a takeover remotely possible? You certainly don’t have to spend long in the north of England, in a town like Bradford, to feel that the mosque is becoming the dominant culture. The same could be said of parts of France. Fear of the growth of Islam has seen the rise of the right-wing UK Independence Party, which garnered some three million votes in the 2015 UK general election.

Now, I follow some of this reasoning. I think the lame tolerance of Western secular liberalism is ultimately self-defeating, and representative of a decadent culture, which has become individualistic to the point of narcissism. Selfies, anyone? I think Islamic culture, which is strong on social cohesion and family life, and has a story to tell that gives its adherents a hope, exposes the lack of a soul at the heart of our own culture. We should be concerned about the strength of Islam, because it reveals the soul-lessness of our own culture.

I am also appalled and alarmed by the spectre of ISIS, and its willingness to employ perverse means to achieve its diabolical ends. The blood of our fellow Christians in the Middle East continues to flow freely, and we must weep, and cry out to God, “how long”?

The spiritual lethargy of Australians is, in the end, a far greater enemy to our way of life than Islam ever will be.

But is every Muslim in Australia a potential agent of ISIS, if only they could be told what true Islam is? I don’t think so! Are we potentially coming under Sharia law? Unlikely! Many Islamic people are, like many Christians, nominally and culturally Muslim, but as interested in living a peaceful and safe life in a prosperous country. They are genuinely appalled and ashamed by the behaviour of ISIS, as I am of the Westboro Baptist Church.

What’s more, with our usual blindness, we forget to see that inter-Islamic struggles are often more fierce and deadly than the struggle of Muslims with others. The Hazara people of Afghanistan, who are Shi’a Muslims, have been fleeing persecution in their homeland from the majority, who are Sunni Muslims. Our Muslim neighbours may have come to Australia to escape attack by fellow Muslims. These seem unlikely terrorists to me.

The issues are complex, and Christians of good will seem to disagree about how to respond. Some of us seem too afraid; some of us seem not afraid enough.

But I think there are a number of principles that Christians could agree on here. We should put aside the argument about whether Muslims are arriving in Australia in order to take over our nation and way of life or not. The real issue is not “what do we feel?” but “what are we going to do that is distinctively Christian in this situation?”

It seems to me that, even if this were the case, the Christian way to respond should begin with Jesus’ command to love our enemies.

And how should we do this in the case of Muslims living in Australia?

First, we in the churches should extend help and friendship, even when we are afraid. The power of actually getting to know someone is, trite though it may be to say it, extraordinarily powerful. Many Muslim immigrants may not know a single non-Muslim Australian, and live in isolation. Why does the Muslim mum at the school gate stand alone, or alone with other Muslim women? Why does the Muslim guy at work who doesn’t feel comfortable coming for a beer get left out all the time? This should extend to leaders, as well. How remarkable would it be if Christian leaders could say, readily, that they know the Muslim leaders in their community personally? This requires compromising not a single thing about the distinctiveness of Jesus Christ.

Wouldn’t it be extraordinary if Islamic immigrants to Australia were able to say: “it was the church in Australia that made me feel welcome, more than anyone”?
Secondly, we should make common cause when and where we agree. That is not papering over the cracks of our massive differences. But we can agree about matters of social justice, family life and religious freedom, just to name some. This is invitation to Muslims to contribute positively to the making of our nation.

Thirdly, we shouldn’t pretend a difference isn’t there, but we should be able to model respectful disagreement. It is simply lazy and actually disrespectful to Muslims to call them “brothers and sisters” or to say “we all worship the same God”. It isn’t true. And it helps secular people simply say “Oh, all religious are the same, so I can ignore all of them.” Actually, I think the outcome of this kind of conversation could be a raising of the level of religious discussion in Australia. We need robust discussion of theological views, not the bracketing out of God from the public square. Christians and Muslims together can do that well. Wouldn’t it be interesting for a secular friend to overhear a Christian and a Muslim having an informed and respectful but robust discussion about God?

Fourthly, we should show generosity where we can. A friend of mine – who is deeply concerned about Islam’s influence across the world – out of his concern sponsors without fanfare a number of Muslim teenage girls to go on an Outward Bound camp, no strings attached. To me, this is an extraordinary model of Christ-likeness, because his deep concern has been expressed in an act of generous love for these girls. They are given the opportunity of social inclusion, and to build friendships that will last. It’s this kind of act that messes with everybody’s head in just the right way. Aren’t Christians and Muslims supposed to hate each other? Aren’t we supposed to look after our own?

In fact, as Kanishka Raffel pointed out to me recently, the persecuted churches of the Middle East, under enormous pressure, have become our models. There are extraordinary examples emerging from Syria and Iraq where Christian churches have opened their doors and given aid to Muslim refugees as well as Christian ones. Can we imagine how afraid they are, and how difficult this is to do?

And yet, it is a perfect example of the kind of compassionate and yet uncompromising response that is a hallmark of authentic Christianity. It is a witness, a compelling and often converting witness, to the reality of Jesus Christ.

Lastly, if we are afraid of the advance of Islam in Australia, then the best thing we can do (after messing with everyone’s heads by being radically generous!) is to make sure that Christianity is itself hale and hearty. And that means you, reading this article now. Are you attending church regularly, and bringing your family along? Are your children being brought up to know and love the Lord Jesus Christ? Is your local church a vigorous, active community of people seeking to love Christ in word and in action? Do you know your Bible well? Are you inviting your friends and neighbours in?

The spiritual lethargy of Australians is, in the end, a far greater enemy to our way of life than Islam ever will be.

Michael Jensen is the rector of St Mark’s Anglican Church in Sydney and the author of several books.

Will COVID restrictions be eased tomorrow?

Monday, 19 October – Melbourne. The day after Sunday, 18 October. The day the Melbourne…