The destruction of Mesopotamia

The world has been horrified at the wanton destruction of human life wrought by Islamic State (IS) in Iraq and Syria. In particular, Yazidi and Christian communities have suffered a form of genocidal violence aimed at eliminating their physical presence from the region.

Perhaps more than any other conflict, the brutality of IS has been broadcast directly into living rooms, owing to the well-oiled propaganda machine of its supporters using 24/7 social media.

The erasure of social identity by IS includes the destruction of cultural identity. Historic churches, monuments and ancient sites have come under sustained attack in territory under their control.

While disquiet for the fate of ancient monuments must never overtake the concern for the protection of human life, cultural identity is integral to the fabric of communities. Further, ancient heritage belongs to the global memory as evidence of humankind’s origins and history.

We no longer worship the gods of the ancient Egyptians and Assyrians, but the remains of their civilisations and those of other cultures form a vital link to understanding the development of our own. For those with a long past, such as Christian communities, their very presence in a given location often has deep roots supported by historic repositories of manuscripts, art, architecture and continuing traditions of language and worship. Closer to home, this religious connection to ‘place’ is also intrinsic to cultural and social identity for Aboriginal people.

That said, the destruction of cultural and social identity as a form of military victory and territorial acquisition is not new. In 70 AD, the Roman army comprehensively destroyed the Herodian Temple in Jerusalem during the Great Revolt. The Temple treasures were carted off by the Roman army, a deed recorded on the famous Arch of Titus in Rome. To underscore this comprehensive crushing of Jewish presence and identity, the Romans later constructed a temple to the god Jupiter Capitolinus on the same site. Jews were even banned from entering Jerusalem.

In our time, IS has made much of destroying the sites and antiquities of ancient Mesopotamia, on the grounds that they are ’un-Islamic’. Video of black-clad men taking sledgehammers to famous statues over 2700 years old at the Mosul Museum is widely available on the internet. Footage was released recently of an explosion destroying the mound of ancient Nimrud. Places of importance to the modern communities of the region, such as churches, have also been destroyed, its people scattered and killed.

These attacks recall the infamous destruction by the Taliban in 2001 of the Bamiyan Buddhas in Afghanistan, because they were regarded as idols. Like those attacks, the recent events in Iraq have been universally condemned by UNESCO and other organisations.

In reality, fighting forces in the region have lived off pillaging antiquities for some time. Substantial evidence exists, including ‘before and after’ satellite images, for the looting of archaeological sites during the Syrian conflict. With the breakdown of local law and order, previously protected archaeological sites are at deep risk of destruction. Several years ago, reports of monuments and storerooms on archaeological sites looted by armed gangs also surfaced from Egypt in the wake of the Arab Spring.

Small artefacts are easily transported across the border into Turkey and thence on to the global antiquities market in Europe and the US. The internet is awash with dealers offering small objects for sale from Western Asia. A human-headed winged bull sculpture known as a lamassu from the Dur-Sharrukin, present day Khorsabad, on display at the Iraqi National Museum in Baghdad. Photograph: Reuters

Large stone statues, such as the Assyrian winged human-headed guardian statues (known as a ‘lamassu’) are symbolic, if not iconic, images of Iraq’s Assyrian history. For this reason they have featured on social media as useful IS propaganda targets; more pragmatically, the statues are just too large to move and too well-known to sell. Likewise material from the Parthian city of Hatra, in northern Iraq, has also suffered destruction and looting by IS.

In addition to churches of great antiquity, some of the archaeological sites are well-known to Christians through the pages of the Bible. The site of Nimrud, ancient Kalhu, is vast, covering 360 ha. It is located only 30 km from Mosul in northern Iraq. The site was first discovered in the mid-19th century and identified as the Biblical Calah of Genesis 10:11-12. It was the 9th century capital of Assyrian empire established by King Ashurnasirpal (reigned 883-859 BC).

A number of objects which intersect the Assyrian Empire with the biblical narrative were found at Nimrud and other sites from the region. The Black Obelisk of King Shalmaneser III (reigned 858-824 BC), now in the British Museum, famously mentions King Jehu (2 Kings 9-10) of Israel bringing tribute to the Assyrian court. Even though this event is not mentioned in the Bible, it is thought to have occurred in 841 BC.

Likewise the Assyrian city of Nineveh (modern Kuyunjik) is well-known from the Old Testament Book of Jonah. Not only is it a major Assyrian site, but evidence related to the Bible has been found there during past excavations. The famous relief sculptures depicting the siege of Lachish in 701 BC, mentioned in 2 Kings 18 and now in the British Museum, were discovered during the 19th century in the South-West Place of King Sennacherib (reigned 704-681 BC).

Of great importance to history, an eye-popping 30,000 inscribed clay tablets belonging to the library of Assyrian King Ashurbanipal (reigned 669-631 BC) were also found at Nineveh. The discovery dates back to the times of Austen Henry Layard in the 1840s, and much of the material is now located in the British Museum. 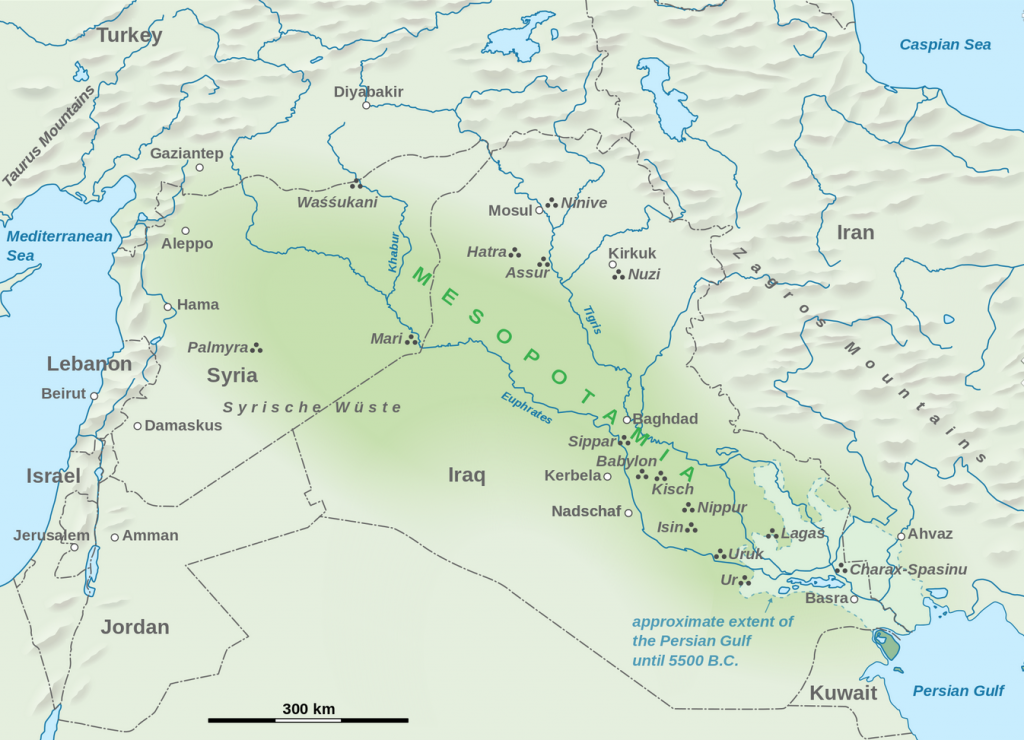 One of the most important of these tablets is the famous Flood Tablet. Written in Akkadian cuneiform, it features a section from the Epic of Gilgamesh, a well-known ancient epic story of a flood which has close similarities in its detail with the biblical account of Genesis 6-9. This text caused great excitement when it was first translated in the 19th century. Many of the tablets still await further study under the auspices of an international collaborative project involving Iraqi and British scholars.

While IS moves through the territory under its control, there is little hope that non-Islamic cultural heritage will be spared. Moreover, it will take time for specialists to access the region safely to apprise the damage. Sadly, many artefacts have been lost forever. For the region’s mod
ern inhabitants, it remains to be seen if their sense of ‘place’ has been so destroyed that they might never return.

Dr Karin Sowada is an Honorary Associate in the Dept of Ancient History at Macquarie University. She has spent 25 years conducting research and excavating archaeological sites in Australia, Jordan, Israel and Egypt.