Africa Inland Mission is hosting a conference and series of seminars at the end of August encouraging Christians to think about how to share the hope of Christ with Muslims. The guest speaker is Fouad Masri, founder of the Crescent Project, a US-based organisation that aims to inspire, equip and serve the Church to reach Muslims with the Gospel of Christ for the Glory of God. Eternity spoke to Fouad in the lead up to his visit to Australia.

Fouad Masri was born and grew up in Beirut, Lebanon.

“Most people in Lebanon do not want war,” says Fouad. “Muslims and Christians want to live together. But the environment of peace and connecting with others was shattered by fanaticism and factionalism. I was shocked how people were so hateful towards each other. They’d do anything to hurt each other.” 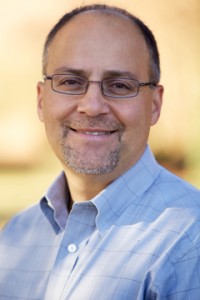 When he was a teenager he lost his best friend in a PLO (Palestine Liberation Organisation) bombing, and his second cousin died in Syria.

“I hated people so much that I decided to become an atheist,” says Fouad.

A friend of his asked, “what happens if you die tomorrow?”

“But it’s too late then,” replied his friend.

Prompted by his friend’s response, Fouad decided that the only guarantee on this earth was death, and he began to investigate what happens after death.

The information he discovered about Christ was so different to the other religions Fouad had looked in to. But still, as he admits, “this information was in the mind, not the heart.

It was when he heard about some family friends that Fouad says Christ became more to him; when it “came to my heart”.

While his friends were having dinner, their two year old son spilled milk and his father took the boy to the bathroom to wash his hands.

“While he was doing that a mortar shell came through the balcony door and killed the wife and three kids.

“That was the trigger for me to move the information from the mind to the heart,” says Fouad.

“I was part of the problem.”

So he went to his room, knelt by his bed and prayed for forgiveness.

After Fouad became a believer, he started sharing the gospel with his friends, and he discovered something strange: “a lot of Muslims have never read the Bible, or even a page of Scripture.

“I also found out that many Muslims are told that the Bible has been changed. I was surprised they were misinformed about Jesus and the Bible. So I had an interest to start explaining to them what the Bible is all about and why Jesus came to us.”

That initial interest has burgeoned into a passion to help other Christians to stop fearing Muslims, but instead to love them by speaking to them about Jesus and the Bible.

“When we see the darkness in the Muslim world, whether it’s fanaticism or ISIS or politics or the burning of churches or Bibles not being legally allowed, we as Christians get angry and then become fearful,” says Fouad.

Fouad says that our fear often stems from the fact that many of us have little or no interaction with Muslims, so we tend to think all Muslims are the same.

“But that’s not true,” urges Fouad. “The fear that we have is partly realistic, but fear is a weapon from the evil one, and we defeat it by the shield of faith, by the sword of the spirit.”

There are multiple ways to overcome our fears says Fouad.

“First, trust God, that he is on the throne. Many times the Bible says, ‘do not fear. I am He, do not fear’.

“Second, meet Muslims and meet people who’ve become believers. You will see they’re not much different to us, they have the same questions: Does God love me? Does God forgive my sins? Can I be sure I’m going to heaven? Who can help me with these issues I’m dealing with? Can I have peace?

Fouad Masri will be speaking on Christians Sharing the Hope with Muslims at events all around Australia at the end of August. Find out more here.

Prepare your child to be hated