Eternity caught up with Cheryl Sullenger, senior vice president of Operation Rescue to find out what Troy Newman was really planning on saying to Australians.

What is the main thing Troy wanted to say in Australia?

Troy hoped to share about the Center for Medical Progress and about the impact they have had in America. Based on our own research, we have never encountered an abortion clinic that was complying with all laws. Our focus has been to do four things: 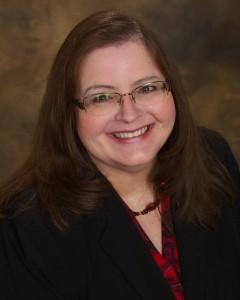 Much of our documentation has also been used by pro-life groups that write model legislation as the basis for new laws.  In this way, we are closing abortion clinics and putting abortionists out of business by using the legal tools already available to us.  Anyone, really, can do this, if they just follow the four steps.  Troy and I recently wrote a book called Abortion Free that explains in detail how to do all those things and more.

Abortionists are vulnerable because they don’t follow the laws and because after years of being unaccountable, they have slipped into sloppy, corner cutting behavior that are not only killing babies, but injuring women and at times, landing them in the morgue. Exposing these atrocities has helped turn public opinion toward the pro-life position.

If we can do this in America, the people of Australia can certainly adapt this strategy to work in that country as well.  It is possible to create an abortion-free community, state, and nation, if we push forward with that goal in mind using the laws on the books against them.

David Daleiden came to Troy because he was one of the few in the U.S. that understood the need to report and seek prosecutions when crimes have been committed.  They came up with a strategy to expose the illegal sale of body parts we knew was going on, but had no current evidence.  From the beginning, getting evidence to support prosecutions was always the goal.

(Editors note: Daleiden founded the “Centre for Medical Progress” a fake company used in an underground videoing operation that has seen Planned Parenthood, the major abortion provider in the US, portrayed as a harvester of body parts for medical researchers, and the gritty reality of abortion exposed.)

How have the Centre for Medical Progress tapes changed the abortion debate in the US?

The videos far exceeded our wildest expectations.  We knew there would be interest, but it was really off the charts. Immediately, states as well as Congress began calling for investigations and the defunding of Planned Parenthood.  State attorney generals launched criminal investigations.

For the first time, abortion became a center piece for Presidential politics and all GOP candidates for president issued statements denouncing PP. The videos have been included as a topic in the Republican presidential debates.

People for the first time were getting a glimpse of what the unguarded attitude really is inside abortion clinic, and were repulsed at the callous and cavalier attitude that abortionists had toward dismembering babies and selling their parts as a product.

Because the political impact has been so great, it has kept the subject of PP in the news, so more and more people are learning about it every day.

Do you believe you have shifted public opinion, and what is the most effective way of doing this?

Yes, there has certainly been an outcry against Planned Parenthood’s practices. The vast majority of Americans support defunding it.

I think the key to the success of this project was that we took our time and got all our ducks in order.  Then we brought in key pro-life leaders and groups and let them know what we were about to release so they could jump on this in support with their own organizations, with social media, with op/eds, or whatever.  It was kept super secret.

When the first video was released, Planned Parenthood was completely blindsided.  They did not know what to do or how to respond.  For days, while they tried to figure it out, the CMP videos were the top story in the country with our talking points the only ones getting to the public.  PP remains of the defensive now, and cannot get into an offensive posture no matter how hard they try.

The slow release of one video per week really kept them reeling and kept the subject in the headlines.  It was a brilliant strategy!

Apart from the tapes what other issues engage the public?

We have found that documentation of abuses trumps rhetoric.  People were appalled when they learned through the trial of Kermit Gosnell the shoddy and illegal practices that went on in his House of Horrors every day.  Just talking about snipping live babies’ spinal cords really made an impact, along with photos of his victims that were included in a 280+ page grand jury report.

When we publish photos or video of ambulances rushing away injured people along with the emergency call records, that always makes am impact.  We have documented the death of several women from abortion.

For Example, in Cleveland, Ohio, we discovered that a 22 year old woman named Lakisha Wilson died from a botched abortion. We had video from the scene taken by a pro-life activist and the 911 call where the clinic said she was not breathing at all after an abortion. Within about 3 days, we organized a press conference and gathered state and national leaders on the sidewalk in front of that abortion mill to call for its immediate closure.  An investigation was done and unfortunately a corrupt state agency decided to cover up the abortionist’s culpability, but we still were able to villify the abortion business and today it operates under a microscope and its only a matter of time before it shuts down.

How did you come to be involved in the pro-life movement?

Troy was adopted at birth and always was grateful to his birth mother for giving him life.  Then one day, he saw a photo of an aborted baby’s remains and it broke his heart. That prompted him to became involved in working to stop abortion. 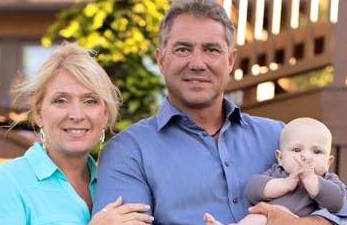 Troy Newman with his family.

What should Australians be doing to oppose abortion?

As mentioned, it should start with research and documentation.  Learn everything there is to know about the abortion clinic, its practices, and its personnel.  We discovered through research that some abortionists are convicted sex offenders and were raping women under sedation just before giving them abortions. Phoenix abortionist Brian Finkel is serving 35 years in prison for doing just that! It’s sick stuff, but the public has a right to know.

Use the documentation to drop press releases, hold press conferences, file complaints, etc. to raise public awareness and start eroding the public support for abortion.  Put the abortion cartel on the defensive!

What do you say to answer the charge that you support the death penalty for providers of abortion?

Actually, Troy does not really support the death penalty for anyone because of the way it is being wrongly applied in this country.  The comments that were quoted from our book Their Blood Cries Out were out of context.  We were trying explore a biblic
al doctrine from a theological perspective.  The Old Testament advocated for the government to try criminals, including those who murder and, in serious cases, put the convicted criminal to death for the purpose of protecting the people from further harm.  No government is really following that model, so often we see violent criminals released to inflict further harm on people or even murder them.

However, if anyone would have bothered to actually read the whole book, our solution to the issue of shedding innocent blood (murder) is to confess the sin, turn from it, and work to bring restoration to the nation through ending abortion using peaceful, law-abiding methods.  Mercy triumphs over judgment and we would rather every abortionists repent and be saved than to have to face his crimes before God on judgement day. It is not up to individuals to usurp the power given only to governments to punish the evil doer through due process.  That is why we denounce violence and vigilantism.